It might just be a building housing the city laundry, but that didn’t prevent the craftsmen who erected this 19th century utility in York Street from decking it out with some of  the best ornamentation possible created out of Bath stone. 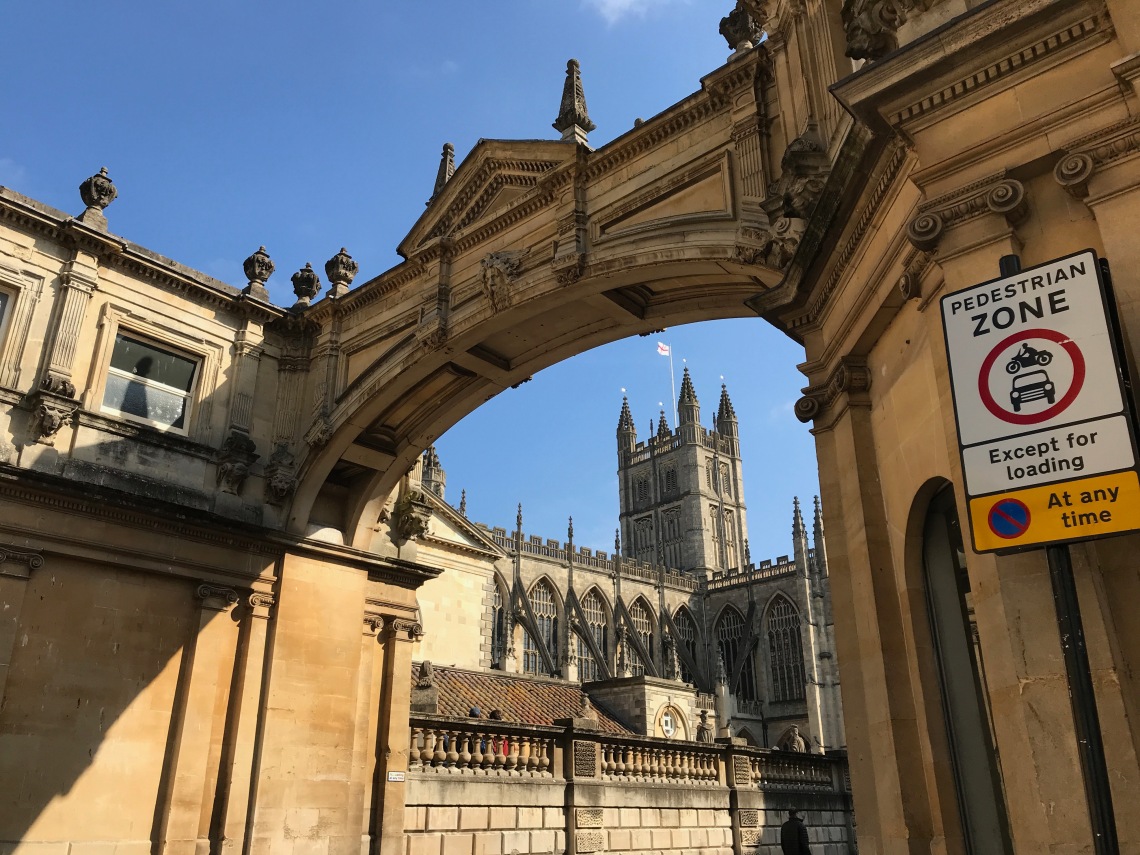 Not only that but a lot of the pipework crossing the street was hidden behind an elliptical  and ornate arched bridge through which water was pumped from the thermal waters nearby to the laundry itself.

That architectural feature has given it’s name to The Archway Project – an ambitious scheme – part-funded by the Heritage Lottery Fund – to create a state-of-the-art Roman Baths Learning Centre above the former city laundry in Swallow Street and a World Heritage Site Visitor Centre in York Street. It’s hoped this will enhance the overall visitor experience and allow people to discover parts of the Roman Bath’s site that have never before been open to the public. 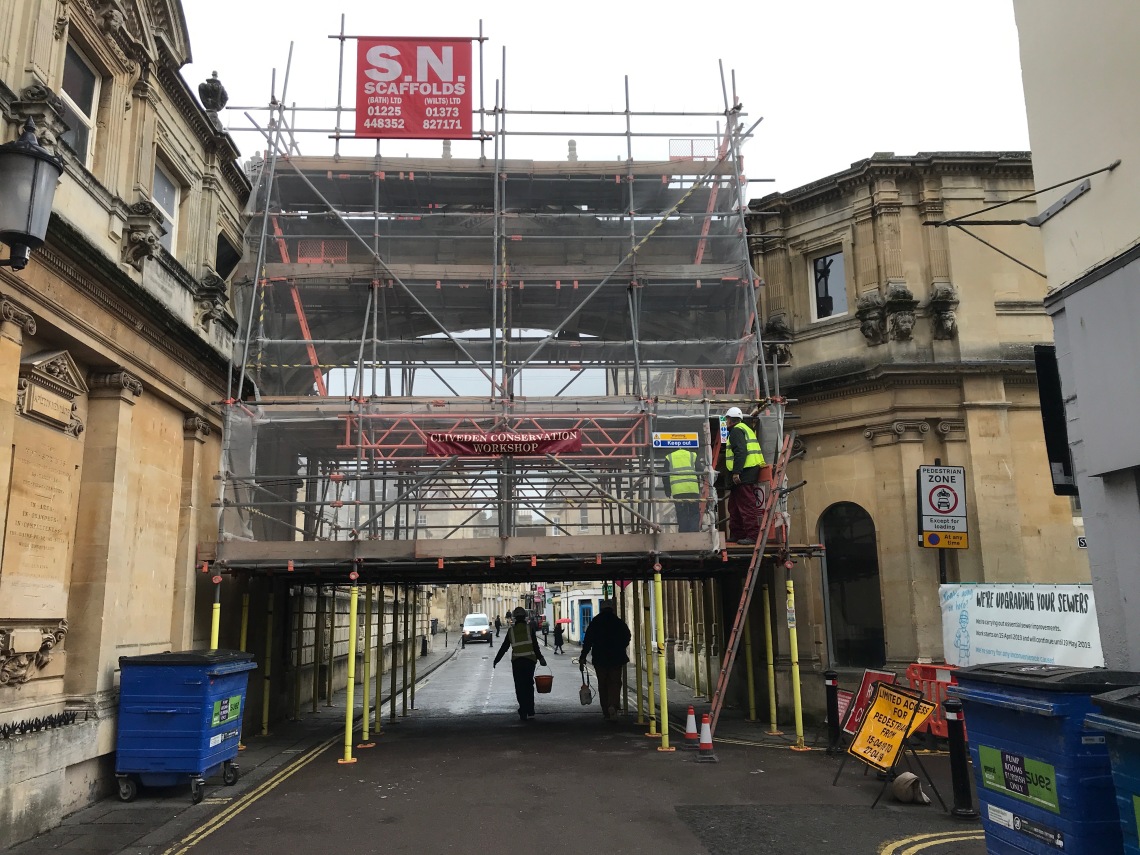 The archway is currently covered with scaffolding as work begins on its conservation. Bath Newseum went to take a look – thanks to an invited from Cliveden Conservation – and spoke first to the Manager of the Roman Baths, Stephen Clews.

Next it was time to climb onto the scaffolding and make my way up four ladders to the top of the archway and a unique view of the Roman Baths alongside. 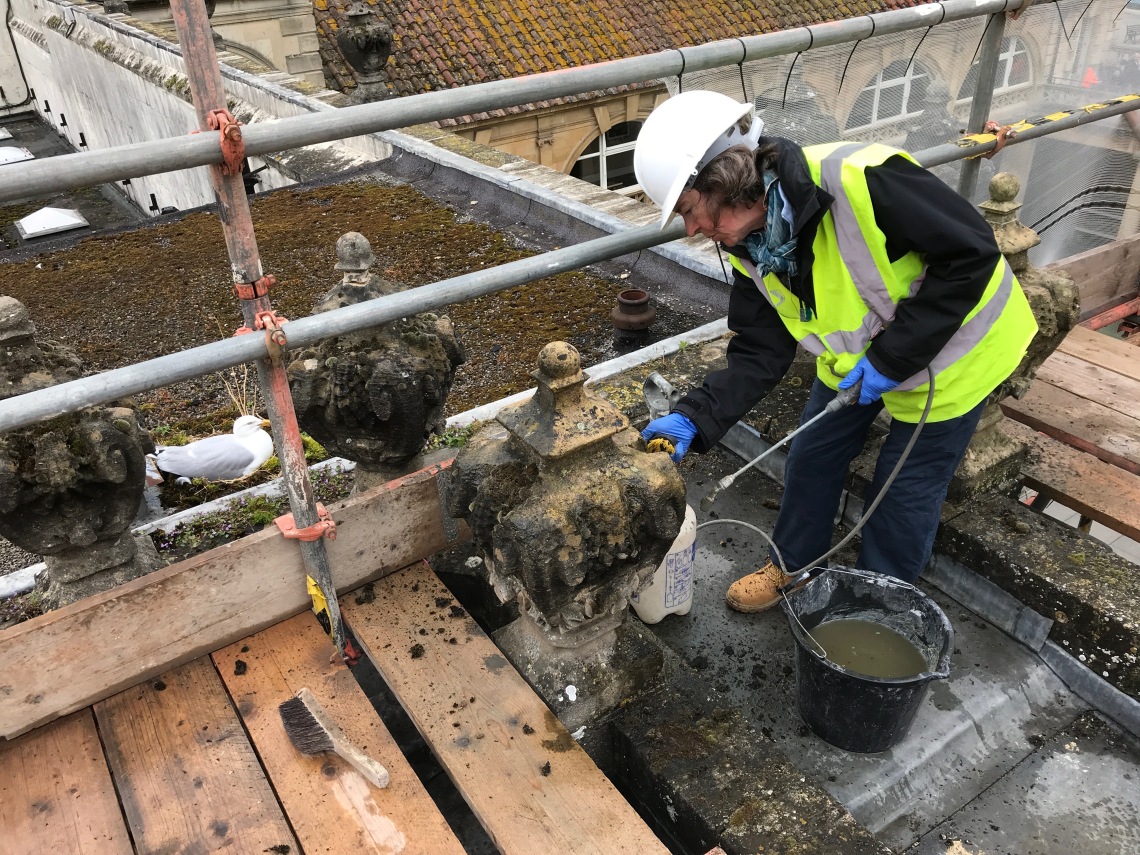 Conservationists Nick Barnfield, Teresa Llewellyn, Douglas Carpenter and Jo Pucci were all hard at work at what will be a delicate and sensitive operation. 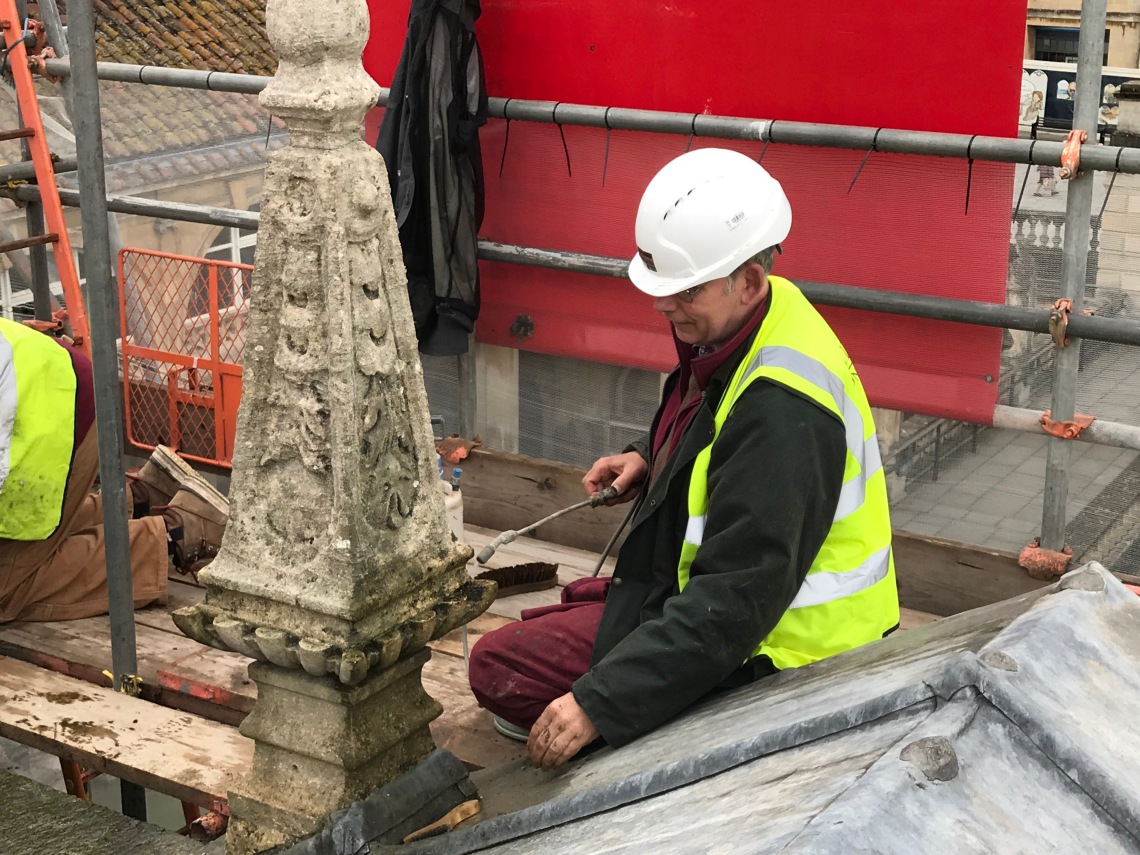 There to greet me was Projects Manager, Berenice Humphreys.

Below is a page still taken from the Roman Bath’s website giving details  of the daily talks Berenice mentioned. 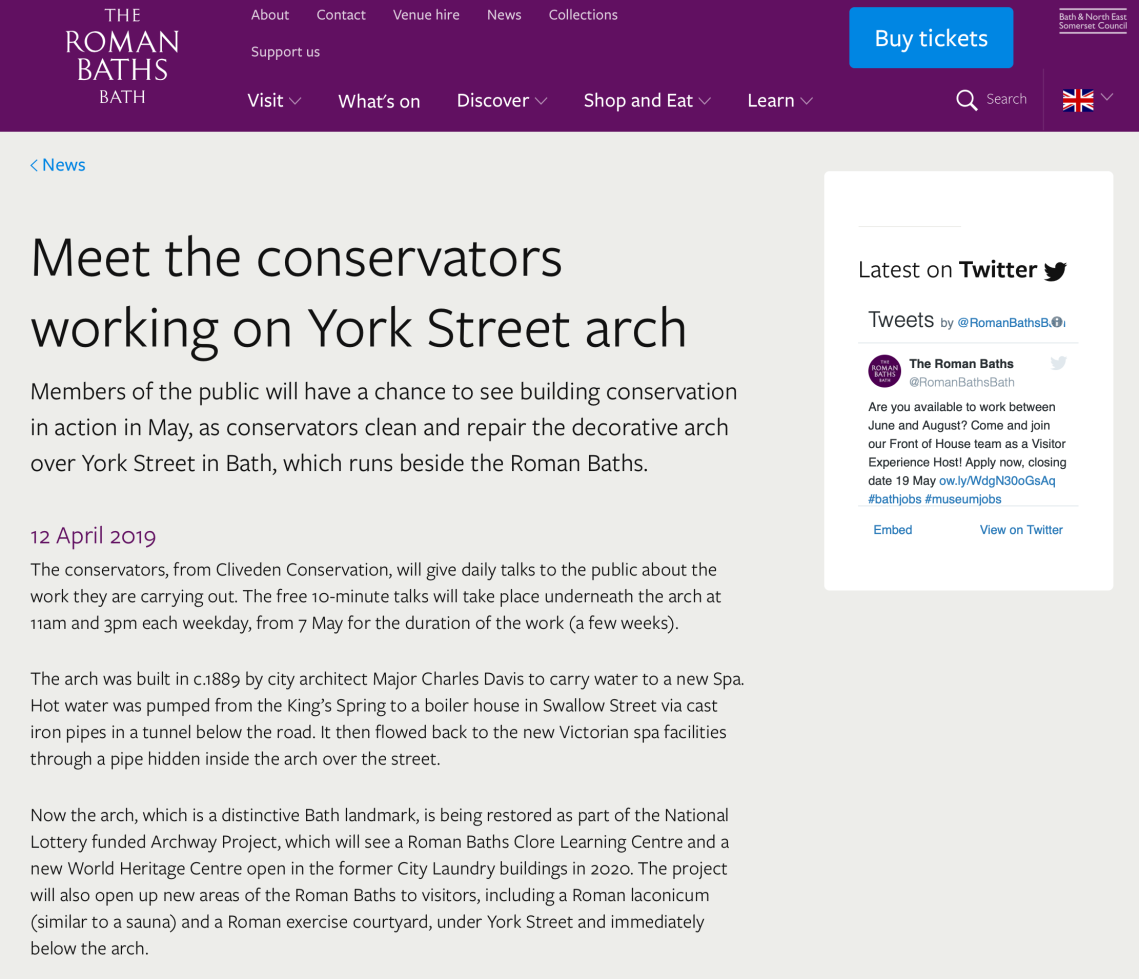