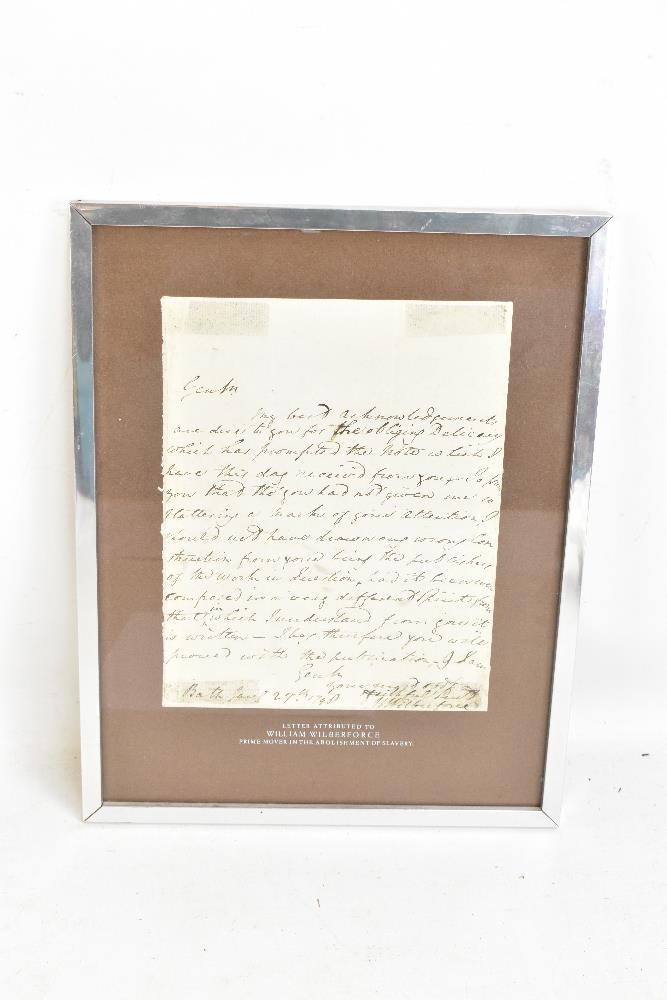 The current crisis means that auction houses are amongst the casualties of places where the public can no longer gather – in this case to place live bids on items of interest.

One such item – with a Bath connection – is waiting to be sold at the premises of Adam Partridge – an auctioneer in business in Macclesfield, Cheshire.

Adam is something of a tv personality too with regular spots on programmes such as Bargain Hunt and Flog It!

On a shelf – somewhere within his temporarily deserted salesroom – is lot number 1367. It’s a handwritten letter – executed in Bath in 1790 – and attributed to one William Wilberforce.

The document – which is signed – is now framed and glazed.

You don’t need me to tell you that William Wilberforce was the leader of the movement to abolish the slave trade. He was also a British politician and philanthropist.

During his time as an MP he became one of the leading English abolitionists. He headed the parliamentary campaign against the British slave trade for twenty-six years until the passage of the Slave Trade Act 1807.

So what’s the Bath connection?

He was married to Barbara Spooner in St Swithin’s Church, Walcot in 1797. Her parents had a house in the Royal Crescent and he stayed there in the winter of 1798. 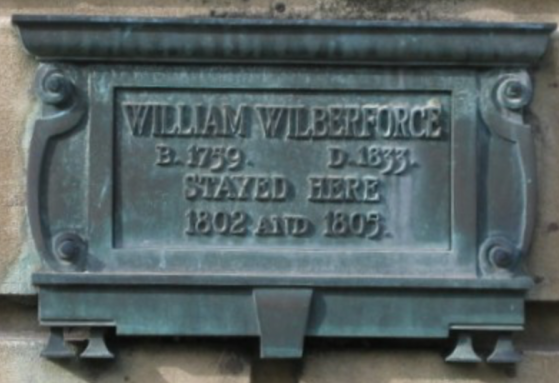 He also stayed at number 9 North Parade in 1831, but his heritage plaque commemorates his two periods of residence at 36 Great Pulteney Street in the years 1802 and 1805.

I asked Sophie Howard – on behalf of Adam Partridge Auctioneers – www.adampartridge.co.uk – when she thought the letter would come up for auction. She told me:

“We don’t have a new date set, the auction will definitely be online and we may just keep it at that. I can let you know.’

When l hear l can let you know how much it fetches!