Come face to face with many different faces at Bath Royal Literary and Scientific Institution this month.

Local artist and street photographer David Lewis-Baker is currently exhibiting seventeen works selected from a collection tin of over 500 digital faces he has created in the last two years.

These works were constructed using free to use ‘Creative Commons’ photographs taken from the web – known as Appropriation Art.

They were then layered over each other to create a greater and more painterly depth to the finished faces. Photoshop was not used to create them, nor any expensive art software. 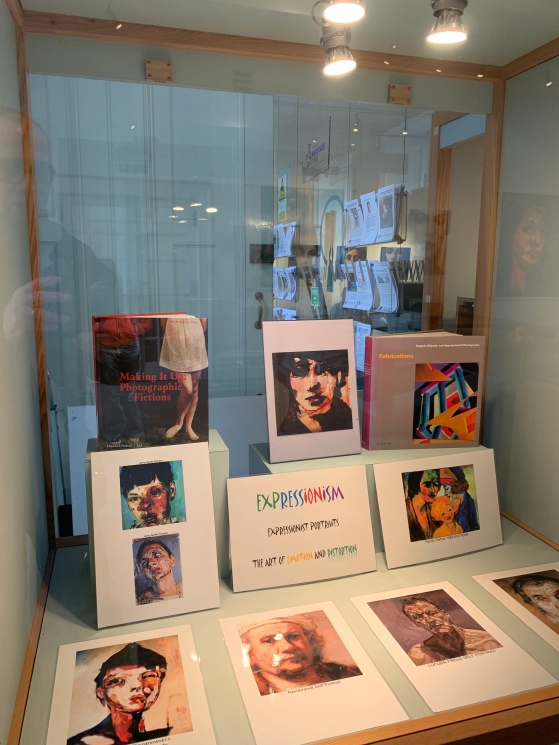 His inspiration for these works comes from expressionist portraits going back to the early 20th century. It also comes from David’s interest in the social and psychological mask we wear.

‘Each of us’, he says, ‘having a hidden depths which a single portrait can never capture. Linked to this is my belief that staring back at another human is a particularly intense experience.’

David suffers from a relatively mild form of Prosopagnosia, also called face blindness, in which the ability to recognise familiar faces is impaired. This has left him with a special fascination for human faces as complex layered forms.

A retired professor of politics from Warwick University, he has been photographing, painting and drawing most of his life and took up digital art and street photography in the early noughties.

The exhibition – in the ground floor gallery in Queen Square – is free to enter and continues until Monday, December 2nd. His exhibits are for sale.