Bath’s coach park loos have reopened today – thanks to pressure on B&NES and with the help of Bath BID. 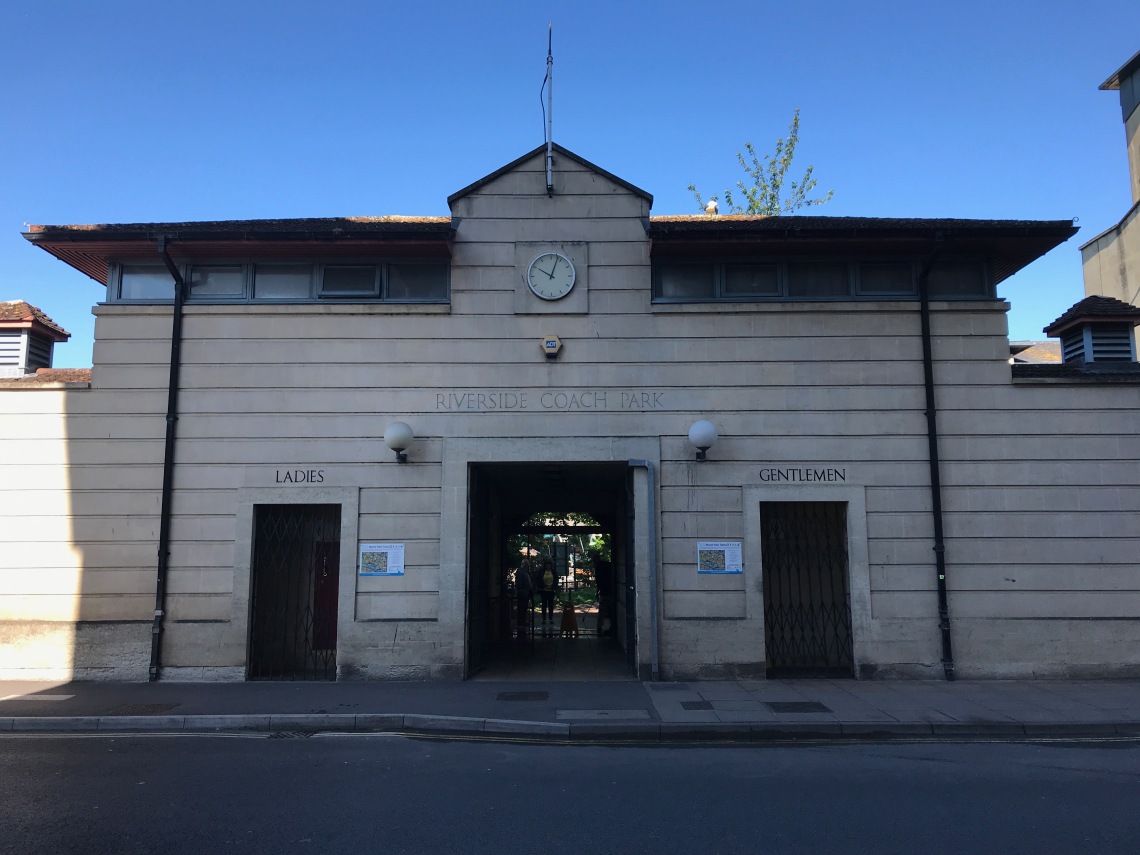 B&NES closed them because they said they were too expensive to  renovate – and that there were other loos nearby – but the move brought a howl of protest from coach operators – and others in the tourist business – as not the way to welcome visitors-in-need to this World Heritage City.

It also presented the Riverside Cafe – a refreshment stop in business alongside the loos – with two personal problems.

A reduction in trade and having to deal with desperate people relieving themselves in the bushes nearby,  as cafe worker Ronald Webb explained.

The padlocks came off the loo doors this morning – Tuesday, May 21st – around 8.30 am – when Bath BID workers began a big clean up.

Chief Executive Allison Herbert then helped lift the grill to officially declare them open – on the coach park side. The street side will stay closed to deter anti-social behaviour.

Allison explained what was happening.