Had to smile while walking near Bath Spa rail station where, in Brunel Square, workmen are installing something in the middle of the paving. It is fenced off for safety reasons but it was a sign on the fencing that made me smile. 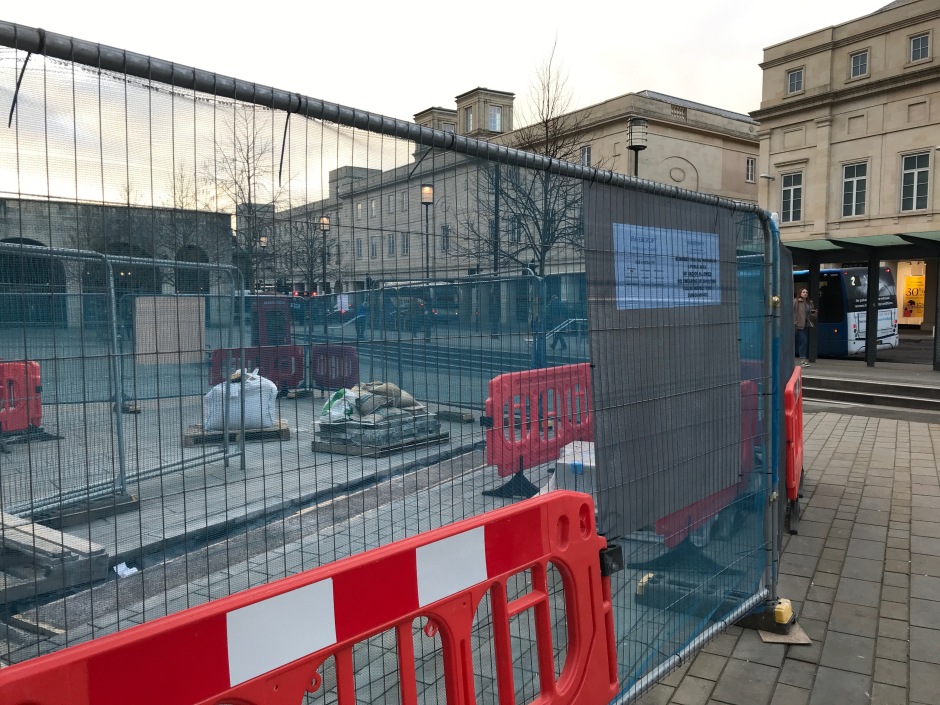 It was a list of ‘don’ts’ for the work force but the standard of behaviour it was suggesting was lost on those it was aimed at as they had hung it the other way around.

Don’t know if that was deliberate but there were a few tips on there that we could all take note of. 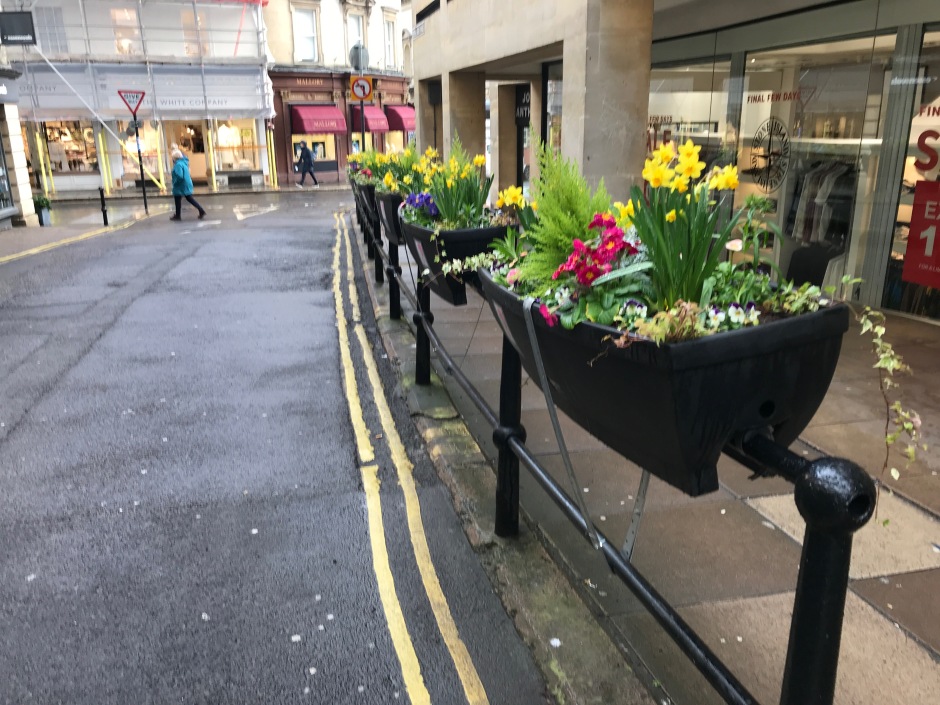 Well done to Bath BID for adding a touch of spring to the railings in Upper Borough Walls where there has been plenty of colour to help cheer Bathonians during this wet, windy and cold weather.

Down in Walcot Street my favourite shop front is finally getting a makeover – which hopefully means it will soon be re-let.

Its concave shop front has to be one of the most attractive features in this – the city’s artisan quarter.

Finally, those rust-covered square tubs on the London Road remain in a sorry state.

I was hoping to hear that their future had been secured and that some effort would be put into planting them up with something attractive and welcoming to our visitors arriving by road this year.