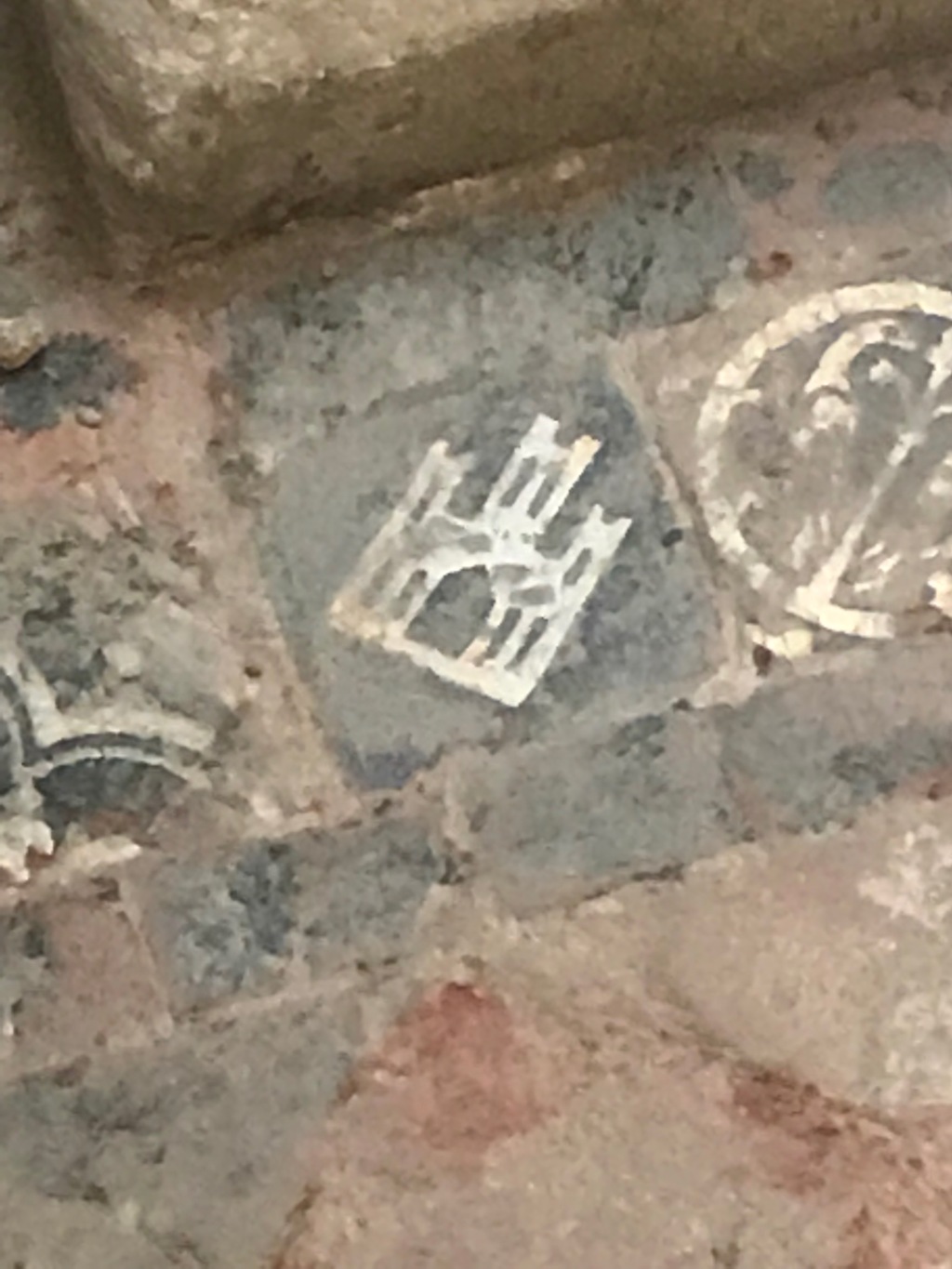 One of the decorated tiles lying within the medieval tiled floor buried two metres (6.5 ft) beneath the recently excavated floor at the east end of Bath Abbey. Could this have been the West Front of the Norman Cathedral that once stood here?

Could images discovered on medieval tiles, which have just been found under the floor of Bath Abbey, give a clue to how the West Front – of the huge Norman church that once stood on this spot – actually looked?

The current building dates from the end of the 15th century and stands on part of the foundations of a great cathedral which was consecrated in the middle of the 12th century.

We don’t know what it looked like but the footings tell us it was around 330 feet long and – like putting your foot in sand – it has left an impression for experts to work out is floor plan.

Currently, Wessex Archaeology are involved in rescue archaeology ahead of the multi-million pound Footprint Project which will see local-builders Emery Brothers spending the next two years stabilising the church’s floor.

With nearly nine thousand people buried under the Abbey floor large pockets of empty space have formed and there is a real danger of parts of the floor collapsing.

While they do the work, lifted ledger stones are been conserved and will be relaid after underfloor heating has been installed – using energy from the thermal springs feeding the Roman Baths.

But – back to those medieval tiles. Time to let Cai Mason – from Wessex Archaeology – explain how they came to be found.