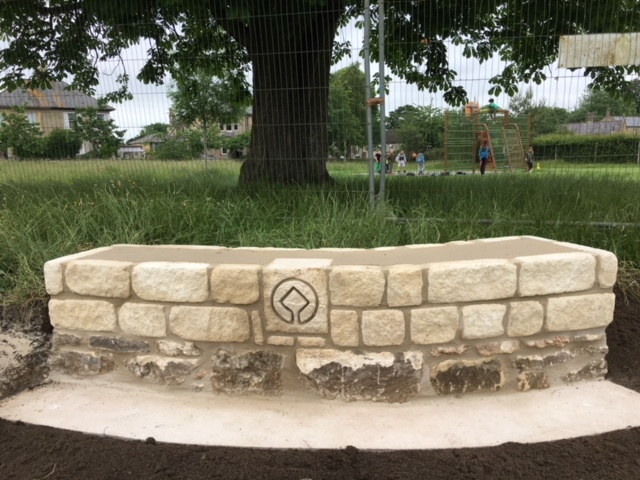 Almost a year ago l paid my first-ever visit to the Ralph Allen Cornerstone Interpretation Centre – the place that tells the story of the Combe Down stone quarries which basically supplied the material to build the World Heritage city of Bath.

This modest museum – on Rock Hall Lane – is named after the man who owned the underground mines and used his own product to build Prior Park – a house that doubled as an advertising billboard as it very publicly showed off what you could do with Bath stone.

There’s more evidence of this industry in the museum than out on the landscape but the Centre has been involved in a project to mark the industry with a modest but rather special memorial.

All the shafts have been filled in as part of a massive operation – which cost £155 million pounds – to stabilise the old workings. There was a real danger the houses above might fall into the voids!

Not much to show for something that provided employment for many and helped build a city. However, last year the museum organised the uncovering of what remains of the top of one of the old shafts on former mining land now known as Firs Field. 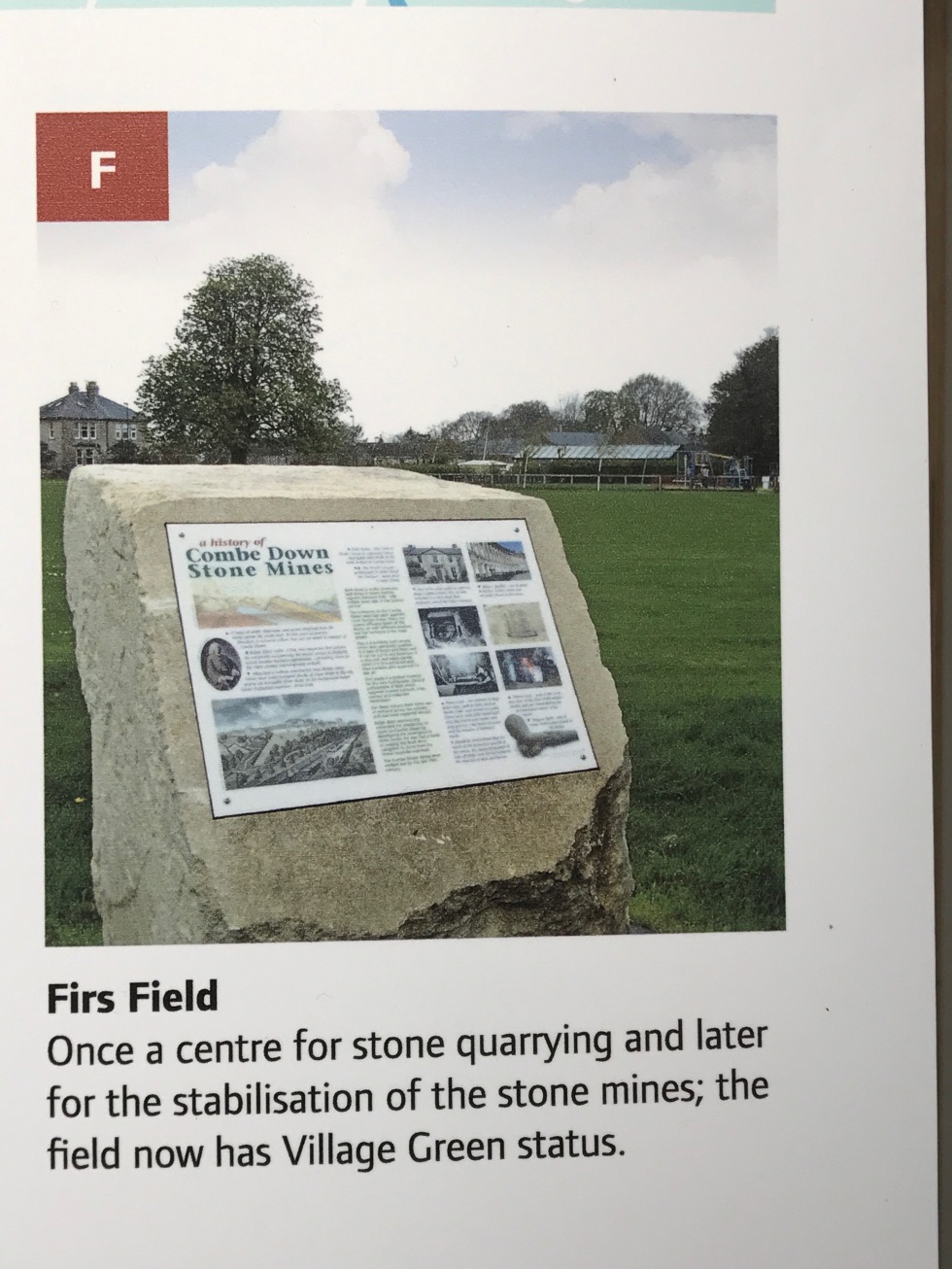 The idea was to conserve what is left of the surrounding wall and construct a low bench as a memorial to ‘the mines, those who worked them, the community of Combe Down and the wider City of Bath.’

A survey of the site and an excavation of part of the wall remains was carried out by a team of local young people during the summer of 2017 aided by members of Combe Down Heritage Society, Combe Down Stone Legacy Trust and Friends of Firs Field together with experienced Archaeologists from Cliveden Conservation Workshop.

Then last month a team from local builders Erwood & Morris got down to conserving the old remains.

Using stone donated by Bath Stone Group, the wall was raised and soon coping stones – bearing text about the site – will be carved by students from Bath College to complete the memorial structure.

It also bears a special insert. A World Heritage site logo cut into a piece of Bath stone by local artist Jeni Wood.

As well as bringing closure for the community of Combe Down – which many feel is still needed – the aim pof the project is also to encourage interest in this aspect of the heritage of Bath, with Ralph Allen’s stone quarrying centre lying so close as it does to Ralph Allen’s‘show house’ (now Prior Park College), its attached parkland, now National Trust Prior Park Landscape Garden, the Bath Skyline Walk (also National Trust) and close to the route of the open top bus tour of the City.

It will also serve to draw visitors to Museum of Bath Stone in Combe Road where much more of the local heritage and other items of interest are available to view.

Firs Field has unrestricted public access and is well used by the whole community, from toddlers to teenagers and dog-walkers.

The memorial scheme was initiated by the local Heritage Society a decade ago following the £155 million restoration project, to in-fill the underground voids with foamed concrete, completed in 2010.

The village, although now secure, has lost virtually all the physical evidence of its stone-quarrying heritage. There is no longer any public access to the mines.  And Bath lost an important part of its Heritage.

Importantly, in addition to substantial financial backing from the World Heritage Enhancement Fund, B&NES Community Empowerment Fund and local Councillors, Bob Goodman and Cherry Beath, there has been a strong local community support with crowdfunding to raise the money to conserve and augment this structure.

It is now widely supported by Combe Down Stone Legacy Trust and community group Friends of Firs Field, plus local business, including Wessex Water.