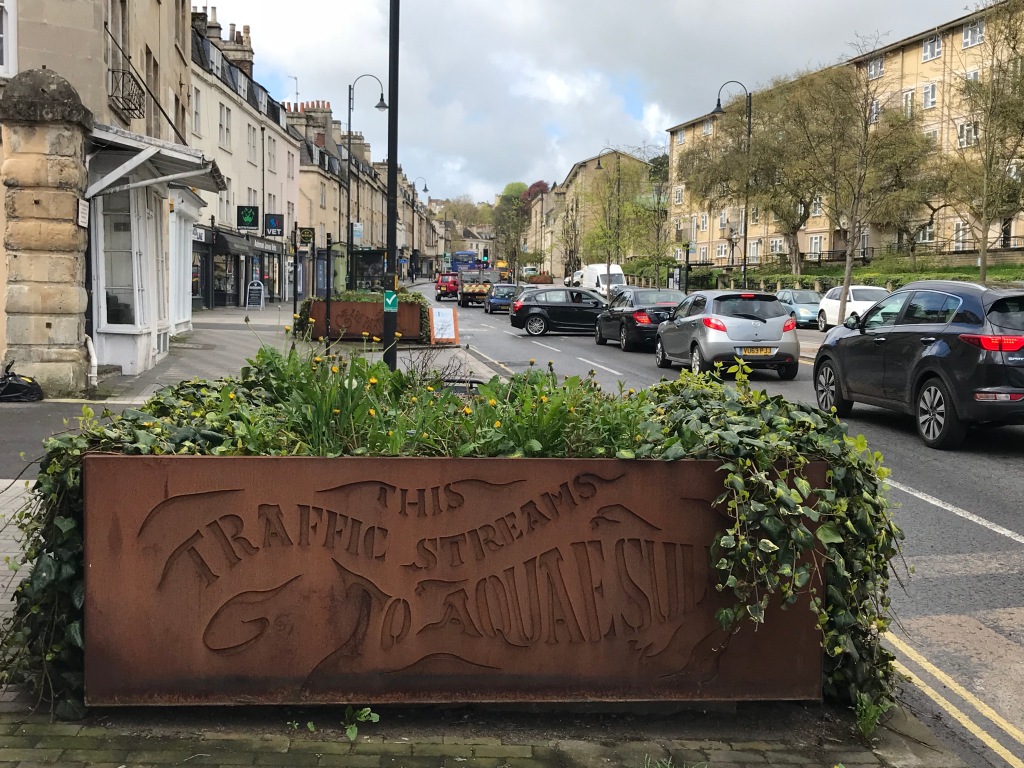 The irony of moving the container when it clearly bears a message referring to the London Road - supreme gateway to Bath - is not lost on me.

There’s a good chance those rust-covered and expensive planters may stay on the London Road after all – though maybe in different positions.

Took B&NES a couple of years to take action on a safety audit that had suggested the trees planted in some of them obscured the vision of motorists pulling out from side roads.

So – suddenly – the trees are ripped out or sawn off – and the artist-produced containers – that were designed to rust and which bear poetic quotes – seems destined for scrapping or replacing some of those unattractive (but necessary) concrete blocks in the city centre.

However, l hear there has been a softening of attitudes in that – as long as the safety issue is addressed – the planters can stay where they are or be moved slightly to new sites on the London Road where there is no obstruction to worry about.

Have to say l crouched down to car driver level to take some pictures this morning and – as long as they are re-dressed with low growing plants – l cannot see any problem.

A B&NES spokesperson said they are looking into the business of visibility:

“The Council is still investigating issues caused by the positioning of the planters. One tree has been removed because it was dying and others removed temporarily and replanted whilst the Council gives further consideration to the issue of visibility at junctions on this stretch of London Road.

The positioning of the bus shelter will also be checked as part of the work on junction visibility. ”