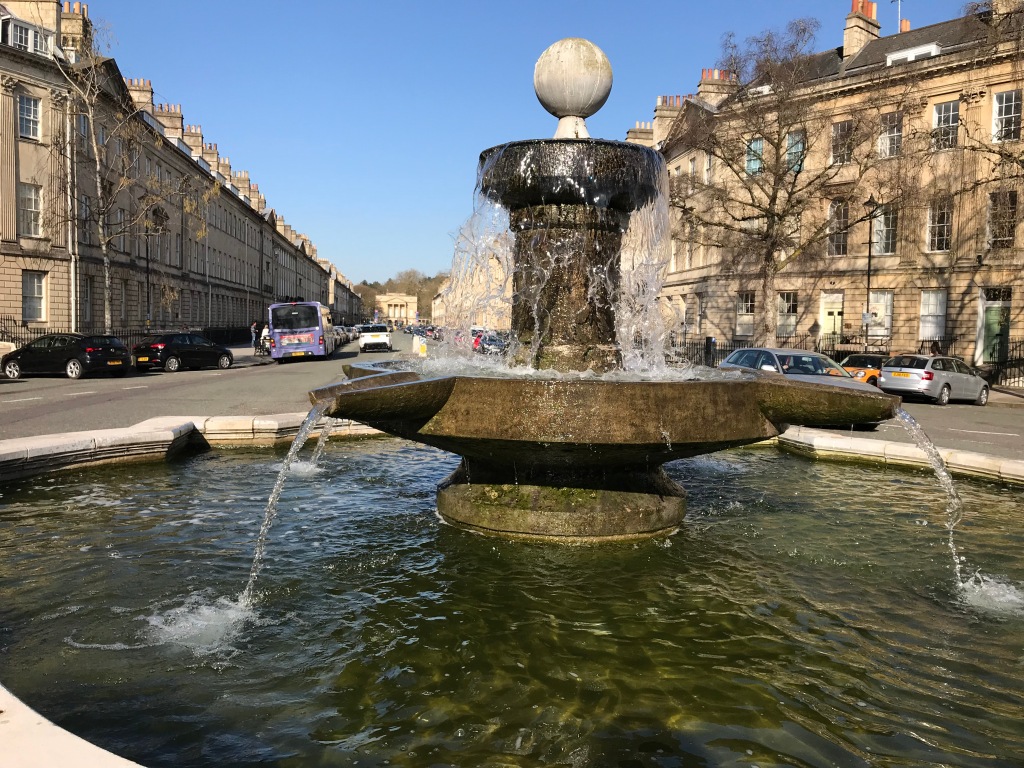 The hottest April day since 1949 and some good news amidst the sunshine.

The fountain in Laura Place is back in action after the installation of a new pump. It’s the only real fountain the city has and – just like what is left of Mr Pieroni’s architectural offering on Bog Island – is in need of some long-term tender love and care.

Both fountains need real money spent on them or – long term – they will be lost.

Back to the good news. I have been gently chiding Garfunkel’s Restaurant – on the ground floor of the Empire Hotel – about their exterior planting troughs full of plastic flowers.

Somehow it seemed ironic to me that they should be there when just across the road was a riverside park which has constantly won awards for its living blooms.

Bath seems to have more success in saying it with flowers – thanks to an overstretched and under-funded parks department – than it does with celebrating its waters.

But back to the restaurant where – l am pleased to say – the artificial flowers are gone. The manager tells me he is looking to source some living plants to go outside his restaurant. At last! It will help make his business bloom!

Good to see the new riverside park taking shape as part of the Crest development down by Victoria Bridge.

Whatever you think of the new eight-storey apartment blocks – taking shape on the riverbank – it’s fair to say Bath has not seen anything like them before.

Back into town and the Holburne Museum cafe-goers are sharing their garden space with an exhibition of photographs called The Long Way Home which reflects on the long journey that refugees across the world undertake when they decide to leave their homes in pursuit of a new place to call “home”.

It’s a striking display with a strong message.

Into Sydney Gardens, where three large tepees have been erected for what l was told, was a ‘corporate event’ today – Friday, April 20th. The cash-strapped Council is obviously out to extract more commercial value from its parks – and cannot be blamed for that. l just feel its a temporary denial of public space for the benefit of a private enterprise. I am not aware of any notices going up to warn of the event.

Onto the towpath and finally, the Canal and River Trust is removing the growing rubbish heap that had been created in and around a bag of grit that had been left on the grass verge by the path down to Grosvenor Bridge.

The Trust doesn’t provide proper rubbish bins and so – maybe – you can’t blame people for looking for somewhere to put litter. It’s one of the reasons we find so many discarded dog poo bags on the towpath too.

Finally – across Grosvenor Bridge – where the one-man-band that is the city’s Graffiti Unit was hard at work removing more evidence of this urban blight. It’s a spot from where l have often stopped to photograph a half-submerged tree up-river of the bridge on the Avon.

It’s bare branches look stark in the winter. I often wonder how long it will be before what is left of its roots gives way and the tree is carried off during the next rain-induced flood surge. Yet here – on this sunny morning – one of its branches was covered in new growth. Takes a lot to make Nature lose her grip.