The Cleveland Bridge toll house – damaged in a hit and run incident – is finally due to be repaired as part of essential roadworks and improvements taking place during the next few months in Bath’s A4 London Road and A36 Cleveland Place. 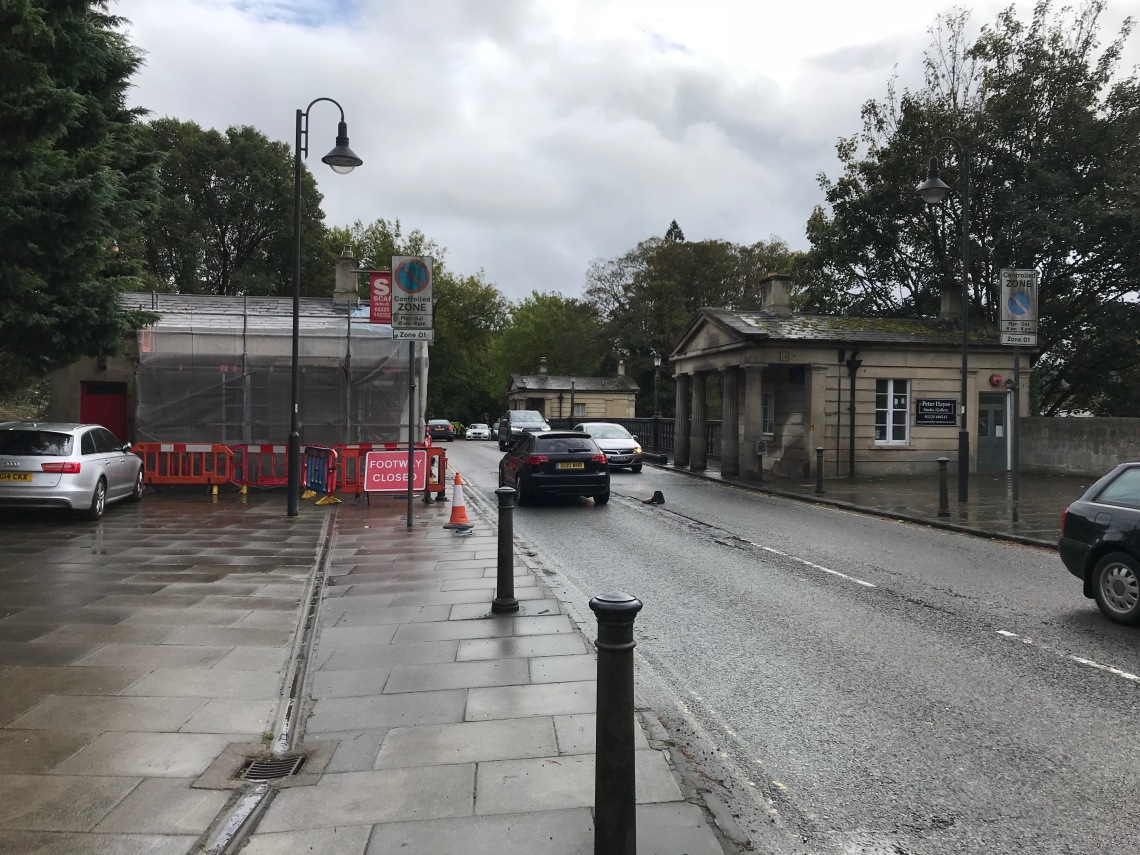 Work will start from February 19 and motorists are encouraged to plan for longer journey times than usual or use alternative routes.

London Road/Cleveland Place junction will be resurfaced together with the rebuilding of the Cleveland Bridge toll house, which was damaged in an accident last year.

Gas works are also being carried out at this time to avoid further disruption again later in the year.

Councillor Mark Shelford (Conservative, Lyncombe) cabinet member for Transport and Environment, said: “These are essential works and unfortunately there will be delays for motorists but we ask you to be patient with us while the work is carried out. Extended working hours will be in operation in order that the works can be completed as quickly as possible and to minimise disruption.”

The work programme is as follows:

The council’s Variable Message Signs located across various routes into Bath will display the latest information to drivers.

Why can’t the gas works be carried out overnight?

The works are expected to take up to 12 days to complete and it would not be acceptable to expose nearby residential properties to the noise of the works overnight over this length of time.

How will this affect the Bath Half Marathon on 4 March?

There are no road works scheduled to take place in this area on that date.

Why can’t the work be undertaken at night?

The most disruptive works which require a road closure, the resurfacing, will be undertaken at night due to the impact on traffic. The other works, which will still allow through traffic to pass, would cause excessive noise over many nights, which is not acceptable in such close proximity to residential properties.

Why do the repairs to the toll house require two-way traffic signals?

It’s not possible for scaffolding to be used and for the work to be undertaken safely without a lane closure. The scaffolding is needed to repair the masonry. As much work is being done off-site as possible. For instance, the entire section of replacement masonry is being built off-site on timber formwork that replicates the remaining masonry structure.

Are the works being undertaken beyond ‘normal working hours’?

Yes, we have asked all the organisations undertaking work to extend their hours in order that it can be completed quicker to minimise disruption.

Work on the toll house will be undertaken between 8am and 8pm and weekends where possible. The nature of the task, which includes curing of the mortar does not lend itself to being completed in one continual operation. It is not possible to undertake the work at night because of the specialist nature and availability of the craftsmen undertaking the work.

Why has it taken so long for the toll house on Cleveland Bridge to be repaired?

The toll house is a listed building and the repairs have required consent from Historic England. This was received in January 2018. The work requires specialist masons and associated contractors.