Well, it’s not a statue in our city – but we helped raise the money for its creation – so you may be interested to know that Avon Fire & Rescue Service (AF&RS) is seeking the views of staff and local people on where a much-loved firefighter memorial statue should be moved to. 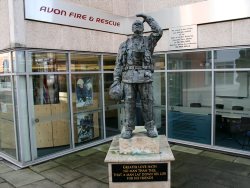 The memorial to firefighters who have lost their lives in the line of duty has stood at the Avon Fire & Rescue Service Headquarters at Temple Back in Bristol since 2003.

The statue was commissioned following a fundraising campaign in the wake of 9/11 attack in New York in 2001 in which 343 firefighters died. More than £19,000 was donated by staff, businesses and members of the public across the four unitary authorities served by Avon Fire Authority. 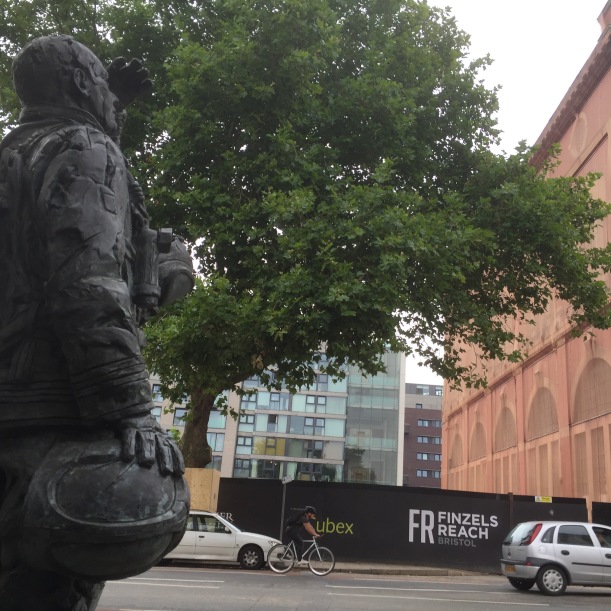 Since 2003 it has been a focal point for significant dates of remembrance during the year including Firefighters’ Memorial Day and Armistice Day.

In September 2017 the Avon Fire & Rescue Service Headquarters was relocated from Temple Back to the Police and Fire Headquarters in Portishead. With the former site due to be sold, there is a risk the statue could be lost if it remains in its current location. As a result the Fire Authority plans to move the memorial to a new home where it can continue to serve as a reminder of those who made the ultimate sacrifice.

In recognition of the importance of the statue to the Authority, one option being considered is moving it to the new Headquarters where it would remain at the heart of the organisation.

As the statue was funded by donations by people from Bath and North East Somerset, Bristol, South Gloucestershire and North Somerset AF&RS is also asking for the views of others before making a final decision.