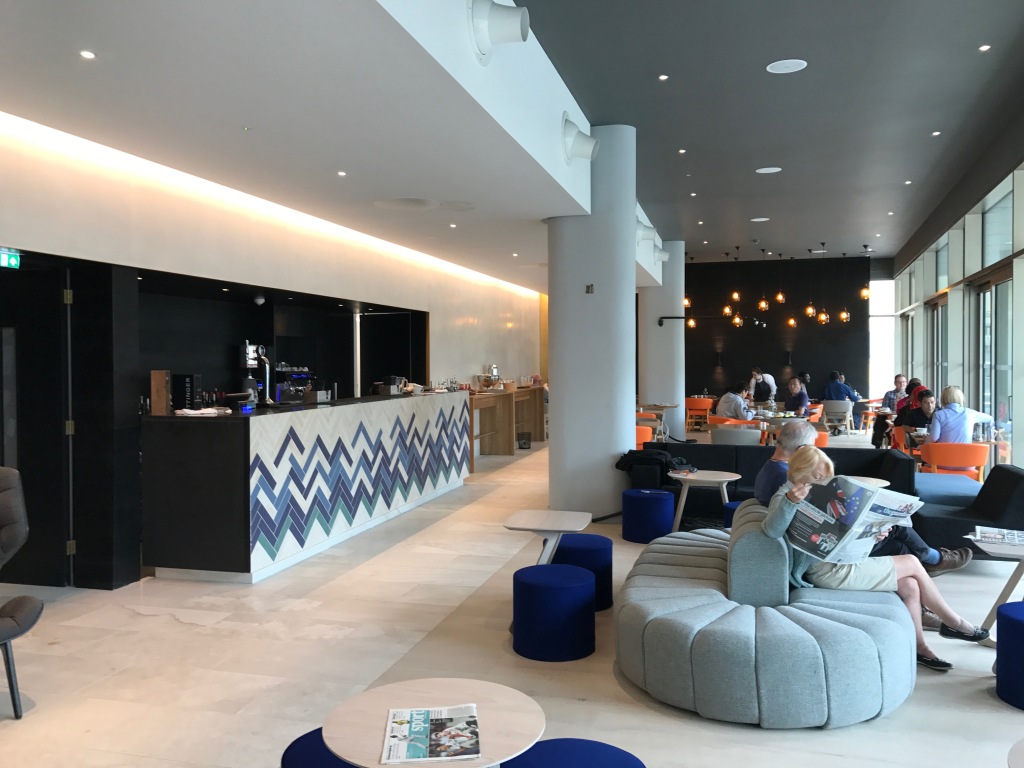 An interior view inside the newly opened hotel.

The new Apex City of Bath Hotel has had what you might call a ‘soft opening’ with forty odd rooms now taking paying guests.

The reception and downstair bar areas are also in business. I am told facilities like the gym and pool will be coming on line in a month or so.

Apex said the hotel would open in August and are true to their word. Work continues around guests but doesn’t seem to be interfering with their stay.

The hotel will be Bath’s largest hotel both in terms of conference and events spaces and number of bedrooms.

The hotel’s conference room will hold up to 400 delegates which will be the largest in Bath and the four-star hotel itself will have 177 contemporary bedrooms including family rooms and suites, some of which include balconies.

Good to see also that the Highways Department has painted in the zebra crossing outside the Odeon complex. The whole thing was getting illegible.

Roadworks around the Saw Close area – which is being re-modelled – have revealed some of the original stone setts under the tarmac in Upper Borough Walls.

Talking of stone setts – our proud symbol of World Heritage Status – outside the side entrance to the Pump Room – could do with some attention. Not exactly the best way of promoting the city’s standing as a major tourist centre.

Coming home along the canal l noticed workmen are starting to take down the lighting that was installed in one of the long tunnels at one end of the Sydney Gardens stretch of the Kennet and Avon Canal.

B&NES did not agree with the developer of the property above – Cleveland House –  that the installation was a good idea and have obviously refused retrospective planning permission.

Check out the story about the tunnel and the lights elsewhere on the site. Just enter ‘Cleveland House’ into the ‘search’ box.