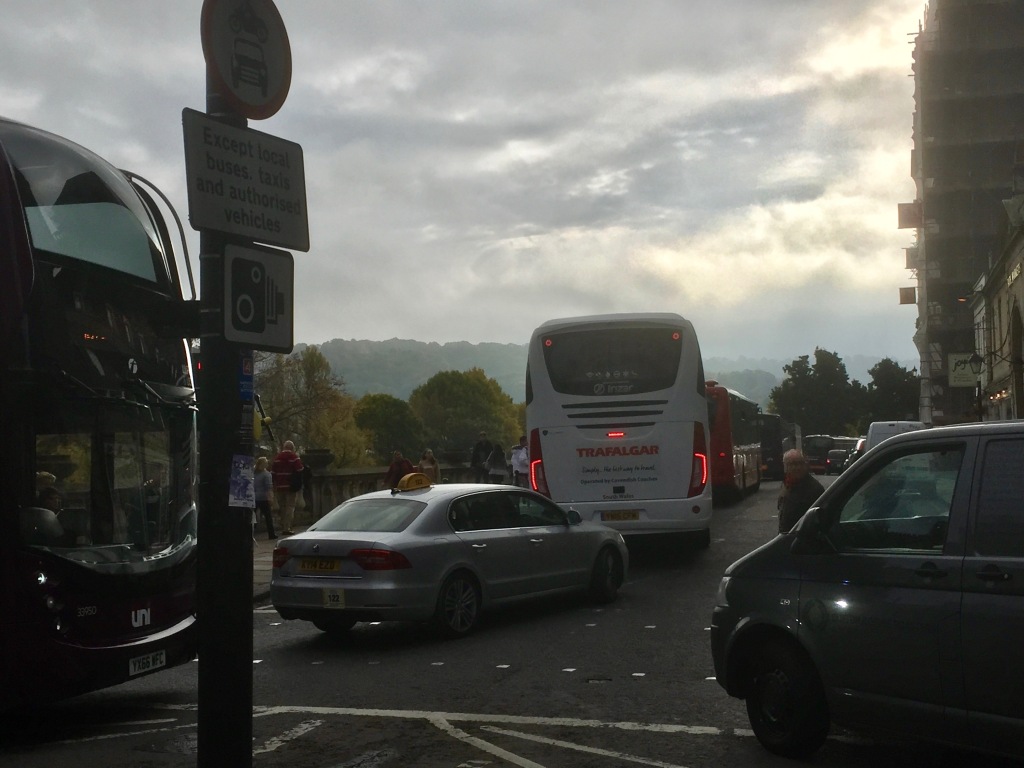 Getting around inner city Bath has not been easy of late with traffic greatly affected by the resurfacing work in North Road.

However, there is no way we can kid ourselves that this town can cope for much longer with the volume of commercial and private traffic it is being asked to accommodate.

While millions are soon to be wasted on another park and ride  – which will take a few cars  off the London Road –  it doesn’t deal with the biggest need.

Historic Bath is crying out for a relief road – a proper by-pass – and some effective traffic management.

I couldn’t believe how many huge buses were caught up in today’s jams.

It was a regular convoy of one passenger-carrying vehicle after another. Many of them part of the subsidised service which ships students in and out of the city. Both of our universities have been built out of town.

And while our under graduates get a regular flow of transport to and from academia – the residents of Larkhall district fight to retain their more modest connection with town. 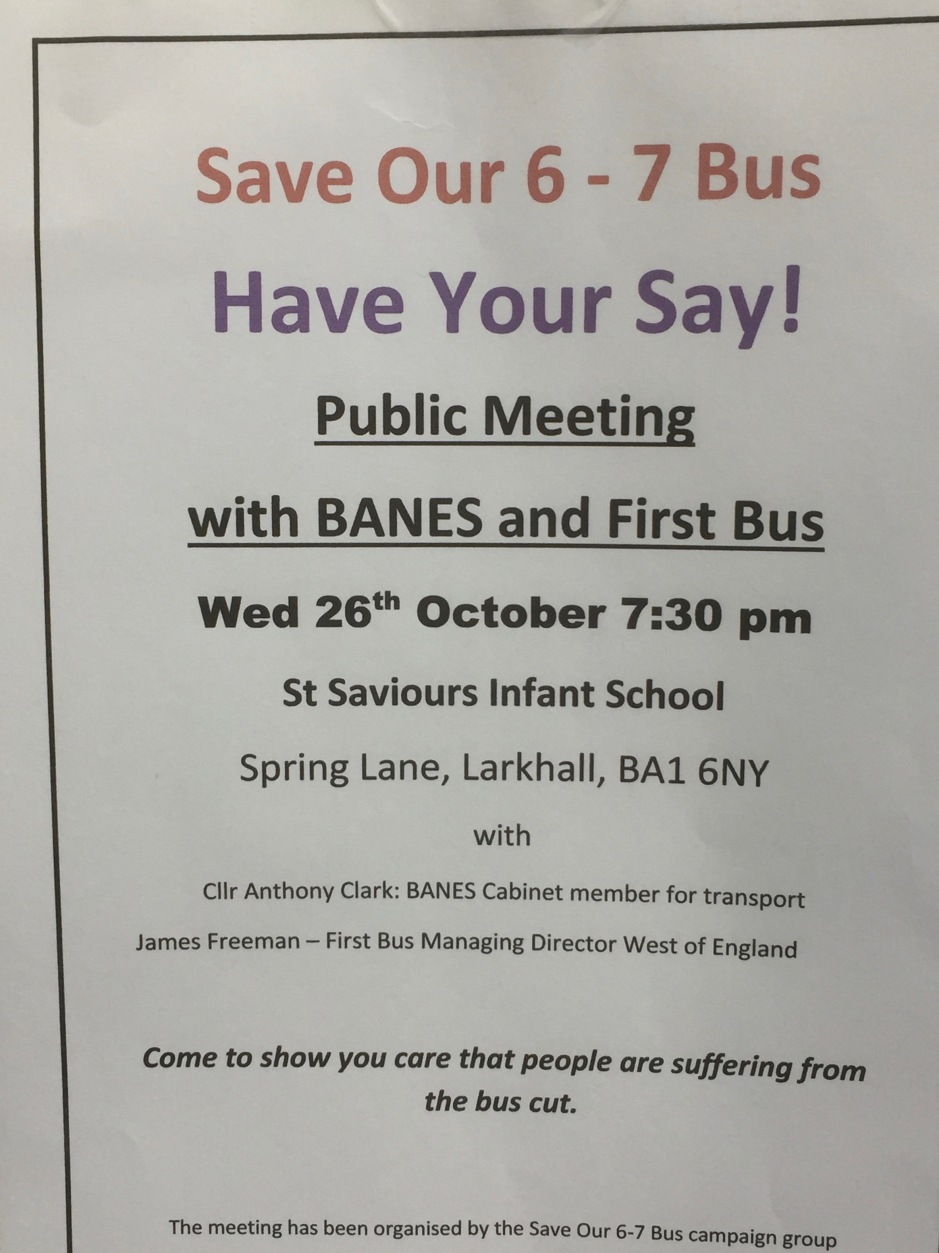 There is a public meeting tonight – October 26th – at St Saviours Infant School – attended by  James Freeman who is Managing Director of First Bus, and  Cllr Anthony Clark who is B&NES Cabinet member for  transport.