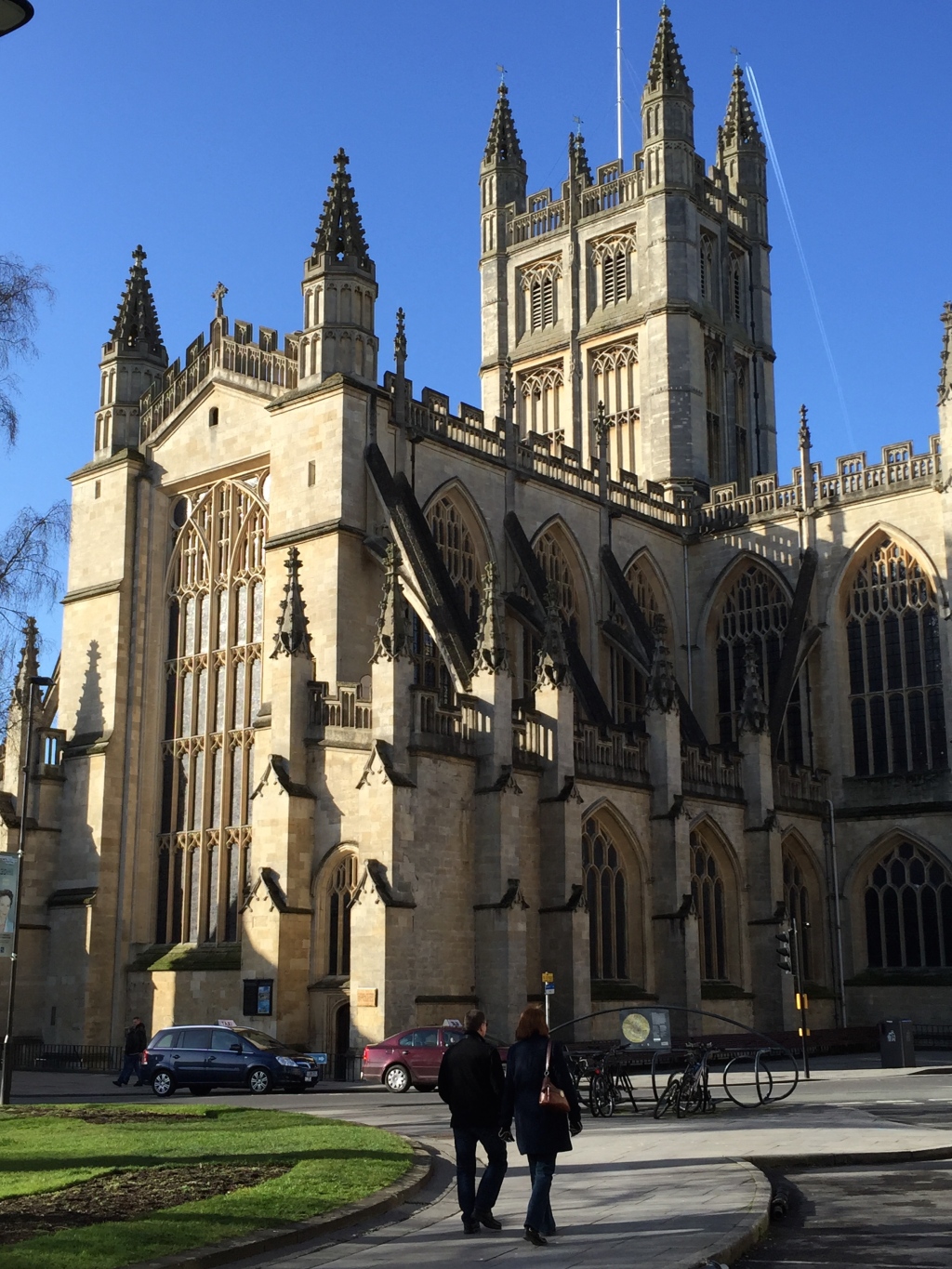 Bath Abbey’s ten bells rang out recently to mark the 70th Anniversary of the end of the Second World War in Europe.

Thirteen of the  Abbey’s bellringers kept the peal going – with pauses to change ropes – for around three quarters of an hour.

Just before he went in to join his colleagues at the other end of more than 200 tower steps, the Virtual Museum had a word with the Tower Master, Richard Sweet.