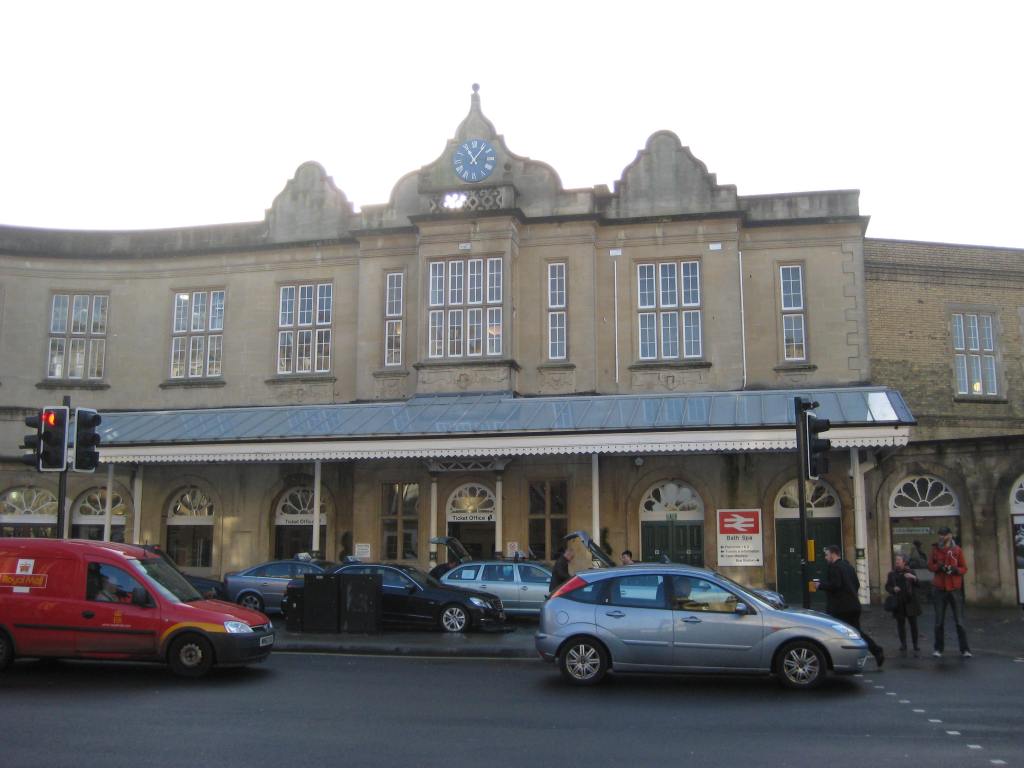 If you are passing through Bath Spa station this summer – whether as a tourist or a regular commuter – be prepared to be approached by people bearing clipboards.

During July and August Network Rail – hopefully by then less distracted by the disastrous effects of the current weather on their ‘iron road’ – will be asking people where they are going and how often they make such journeys at that time of the year.

The timing of this survey is deliberate. During the same period in 2015 services to London from the city’s station will be disrupted as a result of the multi-million pound electrification of the London line.

Major engineering works will close Box Tunnel and the stretch of line passing through Sydney Garden in the heart of Bath. The idea this summer will be to try to gauge commuter demand and destinations and plan for the means of transporting people around the blockages.

Network Rail has been made well aware how sensitive this major transformation of Brunel’s Great Western Railway on the Bath ‘loop’ is regarded and how – at two important points on the line – history and heritage have to be accommodated within 21st century thinking on the best power source to haul fare-paying passengers. You know how you sell electricity – greener, cleaner and more efficient.

Isambard only had steam and pistons to turn wheels along the 116 miles of track – although he did dabble in trying to perfect an engine-less system – his atmospheric railway – where coaches were pulled along by a connector in a vacuüm tube running beneath.

How would he have made room for a high voltage power line and pylons? We will never know but he was an engineer who wanted to show off his achievements. Bridges, tunnels and railway stations were all given the IKB touch.

Here in Bath – where the line passed through the old Georgian Sydney Pleasure Gardens – he made sure bridges and embankments were architectural backdrops to the engineering marvel that steamed through the parkland.

A theatrical spectacular where people were given landscaped areas to both witness and wave at one smoke-belching marvel of the age.

While recent efforts to get the whole line and the Bristol Temple Meads and Paddington stations at either end listed as a World Heritage Site have been thwarted there are still plenty of structures along the way that enjoy the protection of being listed.

The two stations are Grade 1 listed while Bath Spa railway station and the two-mile long Box Tunnel between Bath and Chippenham are Grade 2 star.

Box Tunnel was a major achievement – thought it took five years and three thousand navvies to carve it out of Box Hill – getting through a ton of gunpowder and a ton of candles a week. Three hundred horses carried 30 million bricks into the tunnel.

The final bill for this the longest tunnel in the world at that time came to six and a half million pounds but there was also a massive human price to pay. There is no plaque on the ornate tunnel entrance to tell you that one hundred men died in the process.

It certainly won’t take years to run the railway’s new power source through the tunnel but there won’t be enough clearance for the pylons and high voltage cable without lowering the floor of the who tunnel. It’s this job that is going to have to be done in six weeks.

At the same time the track through Sydney Gardens and beyond is going to have to be lowered to  clear bridges through the park – including the last remaining example of Brunel’s use of cast iron for a bridge on the Great Western line – and the Bathwick Tunnels.

Lowering the track bed will also increase the height of the boundary wall between railway and grasslands. Health and safety issues – we are talking about a live wire carrying 25kv – will mean putting in place some sort of raised barrier on all the bridges within Sydney Gardens.

Some people are apparently too stupid to realise that such power lines can kill if you are silly enough to come into contact with them.

How much of a spectacle the new electric trains will be remains to be seen but l am sure Network Rail will ensure parents can still let their children see them pass through at some point. Train drivers do still sound their horns if they spot a youngster waving.

Brunel would have used electricity for certain – if such a power source had been available to him. Indeed – coupled with his original broad gauge track – today’s trains would have been faster, more stable and capable of carrying more people and freight.

I am hoping Network Rails engineering passage through Sydney Gardens will also mean some repairs to Brunel’s bridges that cross the track at this point.

His segmental-arched cast iron footbridge of c.1840 for instance – the last of 22 similar structures that crossed his Great Western Railway – is showing signs of wear.

The stone work on either side has either moved or been completely dislodged in places.

I was amazed to notice carved initials on the top of one block?

Its unusual appearance for a Brunel-designed structure may have been the result of a desire to relate it to the cast-iron bridges over the canal further east along the footpath.

It’s ironic that the height of the balustrade on these was heightened – quite skilfully – during a restoration in the late 1970’s.

Brunel’s footbridge is Grade 2 star listed – in a Conservation area and in a Registered Park and Garden within a World Heritage Site. Need l say more?

EDITOR’S NOTE. If you enjoyed reading this item then do look through the archives for a previous article on Sydney Gardens and the electrification of the line. It is called ‘Power to the People.’