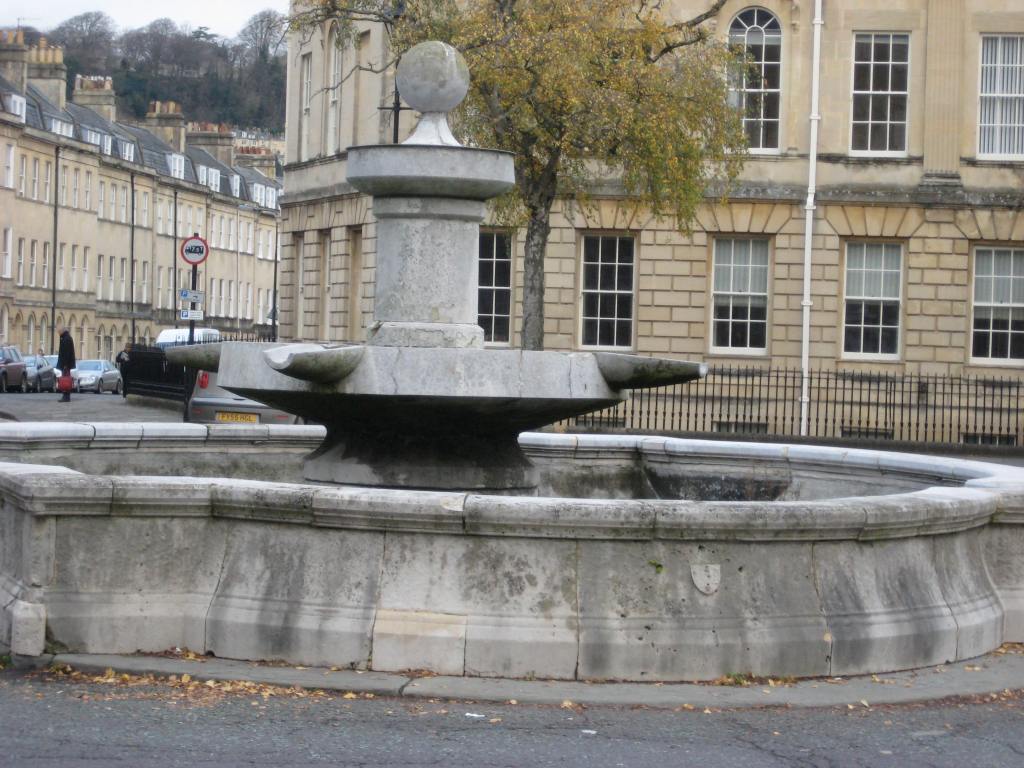 Is it just me or do others agree  that – after the Hilton Hotel – the fountain in Laura Place is the ugliest structure in the city of Bath. At least the Hilton is ‘fit’ for purpose –  it is an hotel – but the fountain doesn’t even perform like a fountain should!

MInd you l have been reading up on the history of this little 18th century quadrangle at the end of Pulteney Bridge. My thanks to Wikipedia – http://en.wikipedia.org – for telling me more about this space. Laura Place consists of four blocks of houses around an irregular quadrangle and  was built by Thomas Baldwin and John Eveleigh between 1788 and 1794.

The fountain in the middle was not part of the original plan and was added in the late 19th century. After Great Pulteney Strteet had been completed in 1877 local residents got together and successfully raised funds to build a grand column – a bit like Nelson’s Column in London. They had actually started work when they realised it would tower over their homes and promptly changed their minds. So the partially built structure was pulled down and replaced with a fountain.

According to Michael Forsyth in the Pevsner Architectural Guide to Bath,  although the central fountain basin is of 1877, the present fountain was added in 1977.

Let’s have a competition – says me – to come up with something for the space that  really adds to the architectural wonder of that whole stretch of late Georgian development!