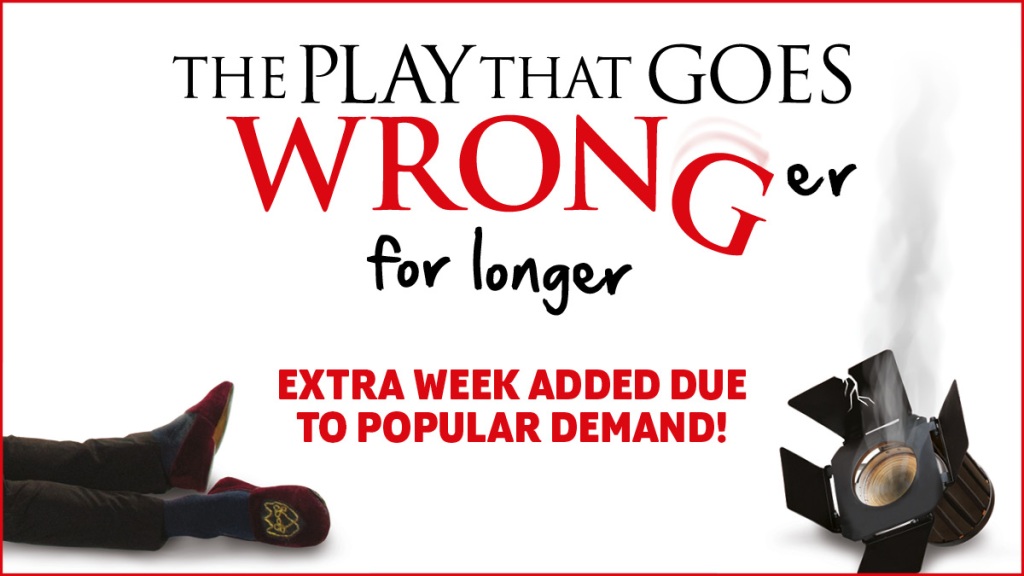 Looks like this year’s festive offering at Bath’s Theatre Royal is proving popular. The theatre says its allocating additional performances of THE PLAY THAT GOES WRONG in the Main House this Christmas.

The international smash hit comedy THE PLAY THAT GOES WRONG will now run for an additional week at the Theatre Royal Bath from 17 December until 17 January 2021. Two further Sunday evening performances (6pm) on 3 & 10 January have also been added to the schedule.

THE PLAY THAT GOES WRONG has won multiple awards internationally, including the Olivier Award for Best New Comedy. It features the (fictional) Cornley Polytechnic Drama Society who are putting on a 1920s murder mystery, but as the title suggests, everything that can go wrong … does!  As the accident prone thesps battle against all the odds to reach their final curtain call, hilarious results ensue!

Booking for all performances THE PLAY THAT GOES WRONG is now open online at www.theatreroyal.org.uk and via the Box Office on 01225 448844.

The Main House auditorium has strict social distancing and COVID secure measures in place, in line with the Government’s guidelines on indoor performances. For full details please visit www.theatreroyal.org.uk