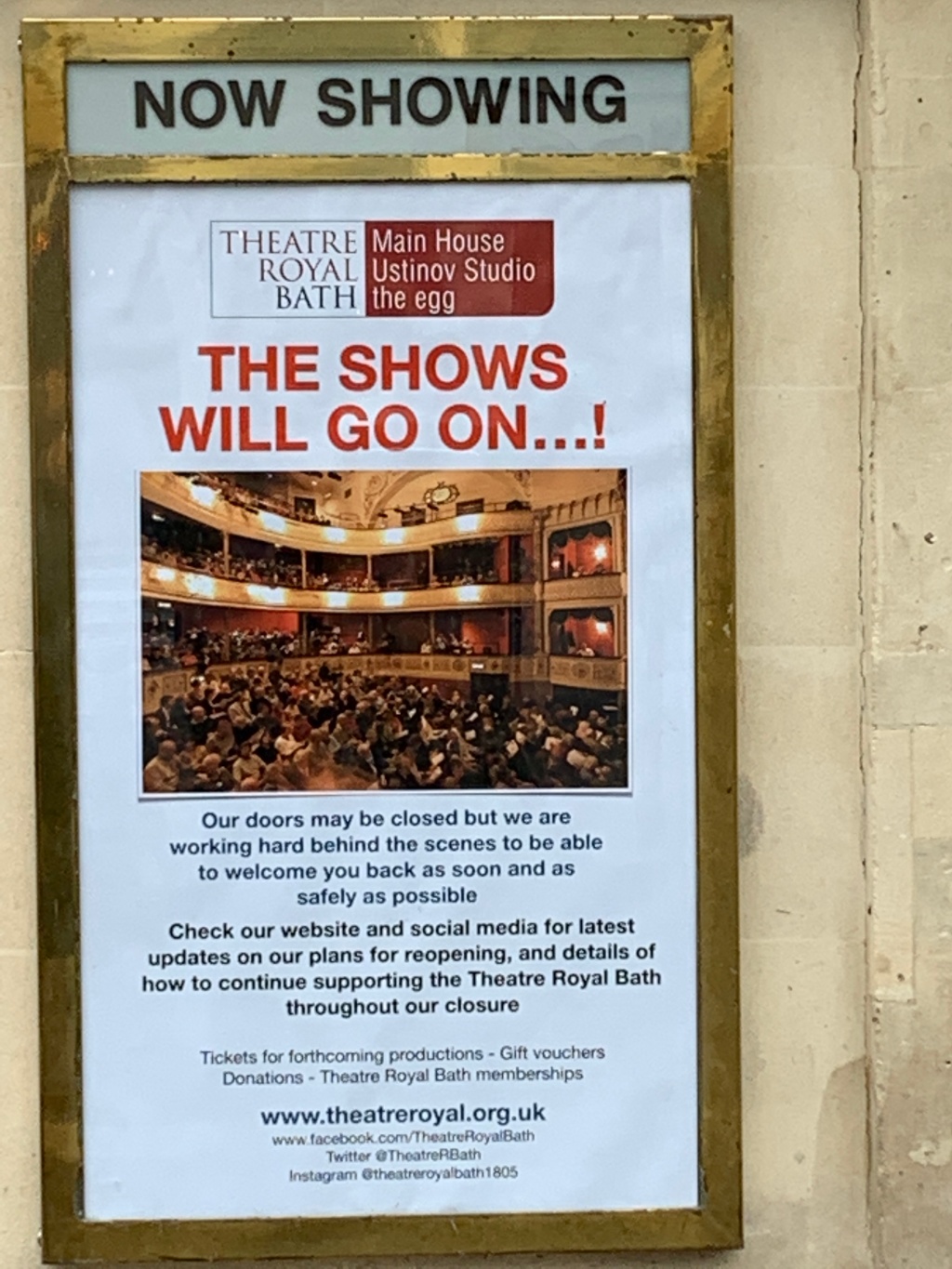 The main house at Bath’s Theatre Royal will reopen next month with a collection of three modern classics which will run from Wednesday, October 14th to Saturday, December 12th..

The WELCOME BACK Season of plays will open with Harold Pinter’s masterpiece Betrayal directed by Jonathan Church from 14 October to 31 October, followed by Michael Frayn’s award-winning Copenhagen, directed by Polly Findlay from 4 November to 21 November, and lastly include David Mamet’s provocative drama Oleanna directed by Nicole Charles which will run from 25 November to 12 December.

Director of the Theatre Royal Bath, Danny Moar, says “We’re very excited about the prospect of welcoming our audience back to Bath in just a matter of weeks. The plays we have chosen are modern classics which we know will offer the audience the quality theatre they have been craving for the last six months. The health and safety of our patrons is our most important priority, and we will be abiding by all the Government’s guidance on indoor performances. We have been overwhelmed with the generosity and understanding from our patrons during this difficult time, and we look forward to sharing our beautiful building with the public once again.”

Following all government guidance and in consultation with health and safety advisors RB Health and Safety Solutions the capacity of the theatre has been reduced by more than half from 888 to 375, to allow for socially distanced seating. Further covid-secure measures will include mandatory face coverings (unless exempt), hand sanitiser units, thermal temperature checks, dedicated entry points, staggered arrivals and audience flow, fresh air circulation and enhanced cleaning.

Tickets for The Welcome Back Season will go on sale at 10am on Friday 4 September 2020 for priority bookers and from 10am on Friday 11 September for general bookings via www.theatreroyal.org.uk or 01225 448844.

Casting has yet to be confirmed for the season.

The WELCOME BACK Season is at the Theatre Royal Bath from Wednesday 14 October – Saturday 12 December 2020. Full details and ticket information can be found at www.theatreroyal.org.uk

Pinter’s peerless masterpiece about adultery amongst the literary classes, opens as Emma and Jerry meet for a drink, two years after their seven-year affair has ended. Emma has recently discovered that her husband, and Jerry’s best friend, Robert, has been betraying her for years and has retaliated by spilling the beans on their own affair.

As secrets and lies unravel, time spools backwards scene by scene to the party where the first sparks of passion are ignited, placing the audience in the tantalising position of knowing more about what is happening than the protagonists do.

Tender, moving and widely considered to be Pinter’s most accessible work, this devastating dissection of a love triangle, presents a compelling portrait of both the relationship between the lovers and the competitiveness of male friendships.

Harold Pinter was one of Britain’s most influential dramatists, with a career that spanned 50 years. His plays include The Birthday Party, The Caretaker and The Homecoming.

Jonathan Church is Artistic Director of the Theatre Royal Bath Summer Season where his directing credits include In Praise of Love, The Price (which transferred to the West End), An Ideal Husband, Racing Demon and The Lady in the Van. He was previously Artistic Director for the Salisbury Playhouse (1995-99), Birmingham Rep (2001-05) and Chichester Festival Theatre (2006-16). His directing credits also include West End productions of Singin’ in the Rain, The Resistible Rise of Arturo Ui, and Taken at Midnight. He received a CBE for Services to Theatre in 2015.

Michael Frayn’s multi award-winning masterwork is a dazzling exploration of two brilliant minds and their motives.

In Nazi-occupied Copenhagen, in 1941, a clandestine encounter is known to have taken place between two Nobel Prize winning physicists, Dane Niels Bohr and Werner Heisenberg, a German. The men were old friends and long-term colleagues, but now found themselves on opposite sides of the divide.

Under the watchful eye of Bohr’s wife, Margrethe, Frayn speculates on the debates which might have taken place; an exchange of transformative ideas which had huge implications for both the Nazis and the Allies, and for our world today.

This totally absorbing historical detective story, conjured from a smattering of scientific facts, is a daring, fascinating and stimulating drama that enjoyed a hugely acclaimed run at the National Theatre before transferring to the West End and Broadway and winning the 2000 Tony Award for Best Play.

Michael Frayn is a journalist and writer, whose diverse range of plays includes Noises Off, Donkey’s Years and Benefactors.

Polly Findley was the winner of the Kitchin Trust’s Young Theatre Director award in 2007. Credits include Beginning (National Theatre and West End), The Merchant of Venice (Royal Shakespeare Company and Oscar and Jim (HighTide Festival).

When David Mamet’s Oleanna opened nearly thirty years ago, it caused uproar amongst audiences from New York to London. Set on an American campus, a seemingly innocuous conversation between a college professor and his female student warps into a nightmare which threatens to destroy them both, when she files a claim of sexual harassment against him. With its take on the corrosive excesses of political correctness and exploration of the use and abuse of language, this is the ultimate drama of pupil power and student revenge.

Addressing issues which are strikingly current, this will be a fascinating opportunity to see this landmark play from the perspective of our post #MeToo era.

David Mamet is one of the most distinctive voices in stage and film writing today. His multi award-winning plays include Glengarry Glen Ross, Speed-the-Plow and American Buffalo.

Nicole Charles’ work has been staged at the Young Vic, The Bush Theatre, National Theatre, Chichester Festival Theatre, and Theatre Royal Haymarket. Recent credits include acclaimed productions of Emilia, Sing Yer Heart Out For The Lads, and The Merry Wives of Windsor which was broadcast live to cinemas from Shakespeare’s Globe. She was a finalist in the Young Vic’s Genesis Future Director Awards 2018.