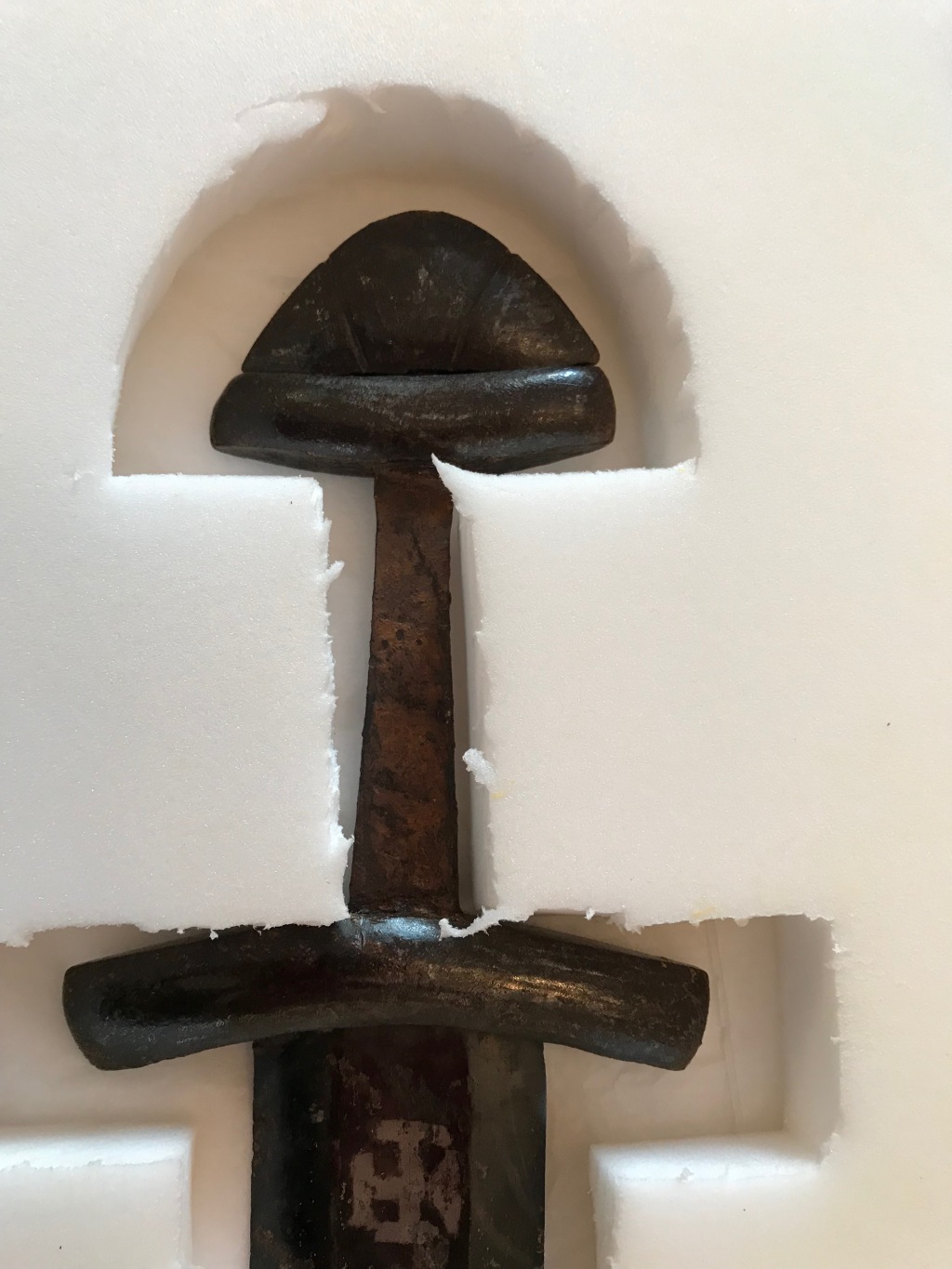 As l am somewhat cut off – and really relying on you lot out there to supply me with stories or news – l have decided to re-publish some interesting items from years gone by.

Today l came face to face with a small – but important – part of Bath’s history.

It lies encased in shaped polystyrene – and stored in the vaults of the Roman Baths Museum – but this is not a relic from the city’s imperial past – nor an object from its Georgian period.

It’s a well-preserved tenth-century Scandinavian-styled sword and was found after excavations in front of what’s left of the town wall in Upper Borough Walls back in 1981.

This high-status Viking weapon was expensively made from crucible steel but ended up dumped in a ditch outside Bath’s Saxon wall.

Had it been kept as an heirloom, stolen and hidden or lost in a skirmish between Danish raiders and Anglo Saxons.

Once upon a time a replica was displayed near what remains on the city wall but now both lie hidden. We have a glorious museum to set off our wonderful Roman Baths and are surrounded by splendid Georgian architecture but there is not a Museum of Bath to display treasures that don’t fit into tourist-driven visible history.

Maybe one day the Viking sword will have a more visible resting place but do click on the link below to hear Roman Baths Collections Assitant Zofia Matyjaszkiewicz tell us why the sword is dated to the Viking period. She is holding a replica of the real sword which rests beside her on the table.