I am a great supporter of the medieval-sized lanes behind the High Street in the centre of Bath, and have always been keen to support the idea of promoting them in some way to shoppers and tourists alike.

Brighton has its famous ‘Lanes’ and l don’t know why we can’t do something similar.

Going up to the Assembly Rooms, ironwork that once supported the name of a department store now proudly proclaims the area as being the ‘Bartlett Street Quarter’ – a sign that glistens in the sunshine.

Now take a look at a before and after for Northumberland Place – one of the lanes in question. 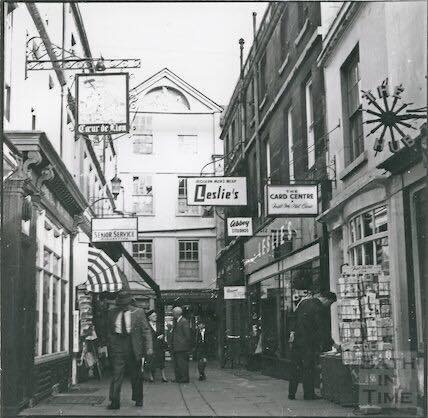 Do you see the ironwork supporting the Leslie’s shop sign?

The store has gone but the ironwork is still there. Couldn’t that be used to support a sign saying ‘Bath Lanes’ or something similar? 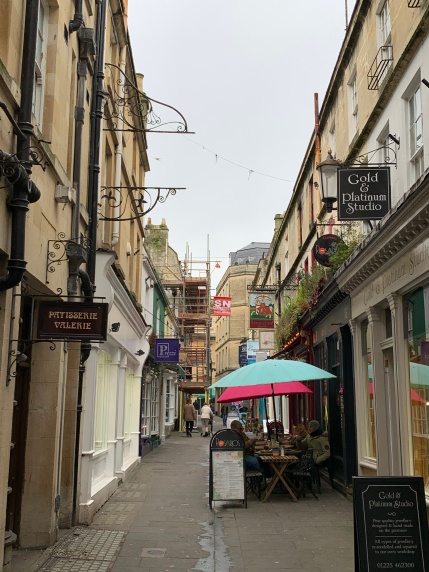 A whip-round amongst the traders would soon raise the cash!

What do other people think?