Bath’s gull population has dipped by 26 per cent in the last four years according to a recent survey which puts the city count at 835 pairs. 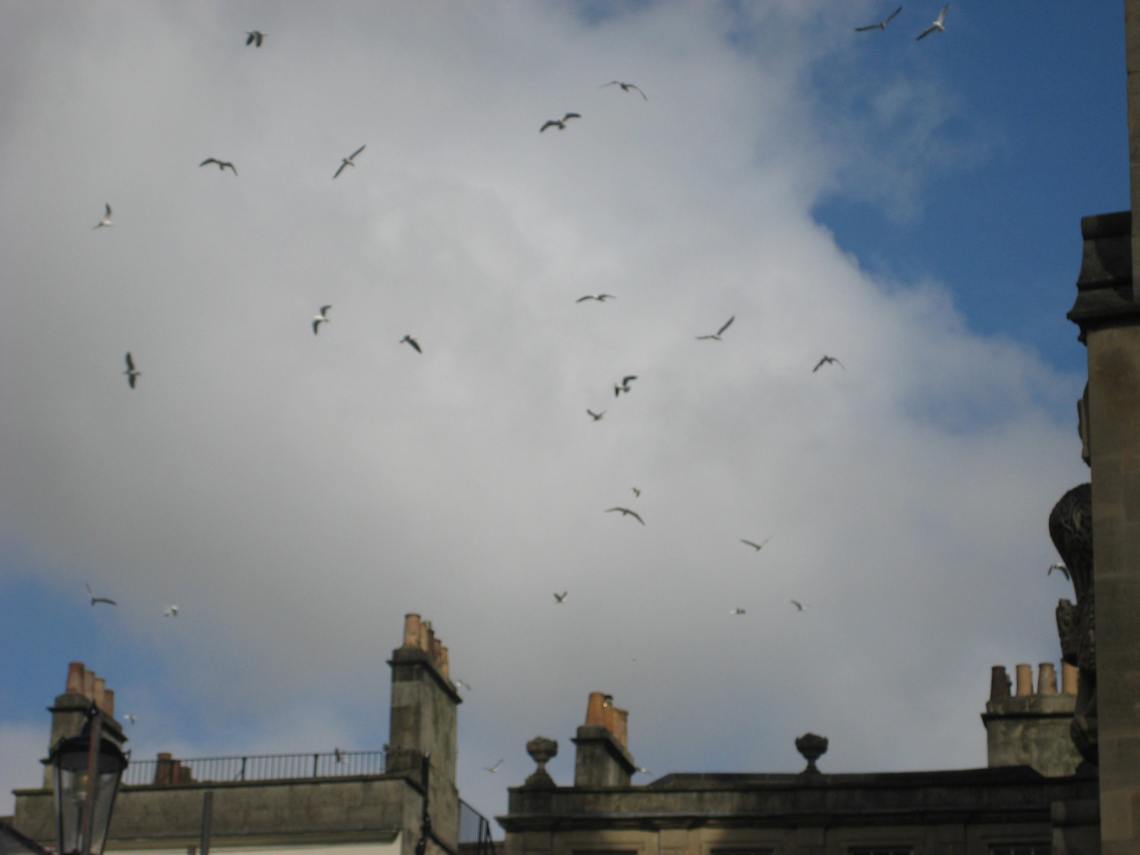 However the new B&NES administration has confirmed it will continue to work on improving this downward trend.

With that in mind, we are being introduced to one of their deterrents. He is Murray the Harris Hawk, who – according the our Council –  is keeping urban gulls, which pose a risk to public health and safety in Bath and North East Somerset, at bay.

Murray, a five-year-old male Harris Hawk bred for pest control, has been brought in to sweep over roofs where gulls have been identified as causing a problem due to aggression or excess faecal coverage.

He does not harm the birds but merely scares them away. Harris hawks are not native to the UK, so the gulls are intimidated by this mystery predator in their midst.

Murray’s job is to carry out weekly flights over locations where there is evidence of large or increasing numbers of gulls. These include hospitals, industrial estates, town centres and any sites where gulls have become displaced.

Contractor NBC Environment is currently carrying out a three year contract to tackle the gulls on behalf of Bath and North East Somerset Council.

Councillor Paul Crossley, cabinet member for Community Services, said: “Murray and his handlers are carrying out an excellent function in tackling the gull population in Bath and North East Somerset. We want to prevent any risk to public health from the gulls, which is why our contractors carried out removal of eggs and nests in the spring.

“At this time of year the gulls are not in their breeding phase, so our falconry flights are part of the continued effort to keep numbers down by deterring gulls from settling on roofs. A survey we have commissioned tells us that the gull population has decreased in Bath and I would like to reassure residents that we are doing our utmost to continue this trend.”

According to the most recent survey, the gull population in Bath stands at 835 pairs. This represents a decrease of more than 26% since 2015.

Areas in which gulls are being deterred by the hawk include Bathwick, Combe Down, Kingsmead, Moorlands, Newbridge, Odd Down, Oldfield Park, Southdown, Westmoreland and Widcombe and Lyncombe. The former Welton Bibby factory site in Midsomer Norton is being treated, as well as some council owned buildings in the city centre of Bath.

The roof treatments are part of a series of measures being put in place to tackle the gull problem, supported by Bath & North East Somerset Council. Residents and visitors are also encouraged to keep the streets clear of litter and waste. More information can be found at https://www.bathnes.gov.uk/services/environment/pests-and-infestation/gulls

PS. Back in February, 2016 Dr Chris Pawson – Head of Psychology at the University of the West of England started a research project into gull behaviour in the Bath area. I wonder how far he’s got and what conclusions he has reached?