Temporary safety fencing is going up along a stretch of the River Avon close to a Bath city centre bus stop, popular with university students, as a precaution to prevent Christmas revellers falling into the water.

It follows a number of instances, since a university bus stop was moved to The Ambury, of anti-social behaviour with people going down to the river and urinating, particularly late at night, when they have been out drinking.

With the risk of the river flooding into the public space at Bath Quays Waterside, which was designed as a flood mitigation measure, Bath and North East Somerset Council is putting up safety fencing to deter people from putting themselves at risk of falling into the water. 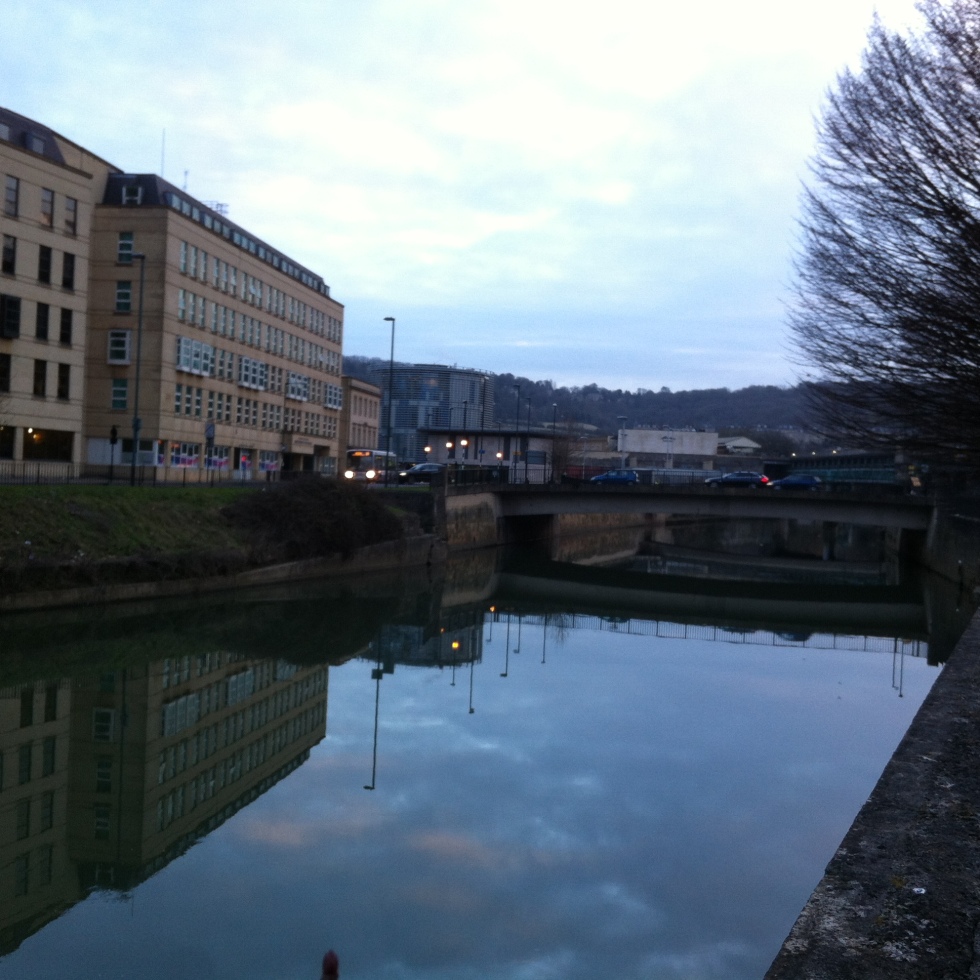 Councillor Bob Goodman, Cabinet Member for Development and Neighbourhoods, said: “We have had reports of students, male and female, who get on and off at The Ambury bus stop, who go down to the water at Bath Quays to relieve themselves. While this is antisocial, we have a duty of care, particularly in the lead up to the very busy Christmas and New Year period to consider the safety of students, particularly as the river levels are expected to rise with heavy rainfall forecast.

“Therefore we are installing temporary here as fencing to close off the river path as soon as possible, until the New Year and at least the university bus stop, at The Ambury, is reviewed in early January. We are working with the university on this and I welcome its joint funding offer in support of this safety measure.”

Professor Peter Lambert (Pro-Vice-Chancellor Learning & Teaching at the University of Bath said: “River safety matters to all of us here in the city and we are pleased to jointly fund this important measure, with Bath &North East Somerset Council around Bath Quays Waterside, which is designed to prevent falls.

“The vast majority of our students are fantastic ambassadors for the university but this initiative should act as a reminder to the small minority to treat this city, and our neighbours, with respect. The Student Community Partnership, of which both universities, their respective students’ unions and councillors are members, plays an important role in ongoing community relations.

“We encourage everyone, including all our students, to get behind the wider campaign reminding people of the dangers the river poses, in particular at this time of year.”

Matthew Crovetto, Avon Fire and Rescue Service, Station Manager at Bath and Hicks Gate fire stations, said: “We are working closely with our partner agencies in Bath, including those from the River Safety Group and universities, both to reduce the number of people becoming casualties in the river and to better our emergency response.

“I welcome and support the proposal that will reduce the risk to students and other members of our community over this festive period. I would take this opportunity to remind people of the real dangers presented by the River Avon and our local waterways.”

This Christmas people are being reminded about a national Don’t drink and Drown campaign telling people to steer clear of walking by or entering the water when under the influence of alcohol.

Research for the Royal Lifesaving Society UK shows that a quarter of adult drowning victims have alcohol in their bloodstreams, 42 per cent of all accidental drownings on waterways are of people between the age of 17 and 29.

The partnership’s Christmas message is #hohohomesafe, Stick Together and Plan your route to avoid the river https://scpbath.org.uk/gotyaback/river-safety/