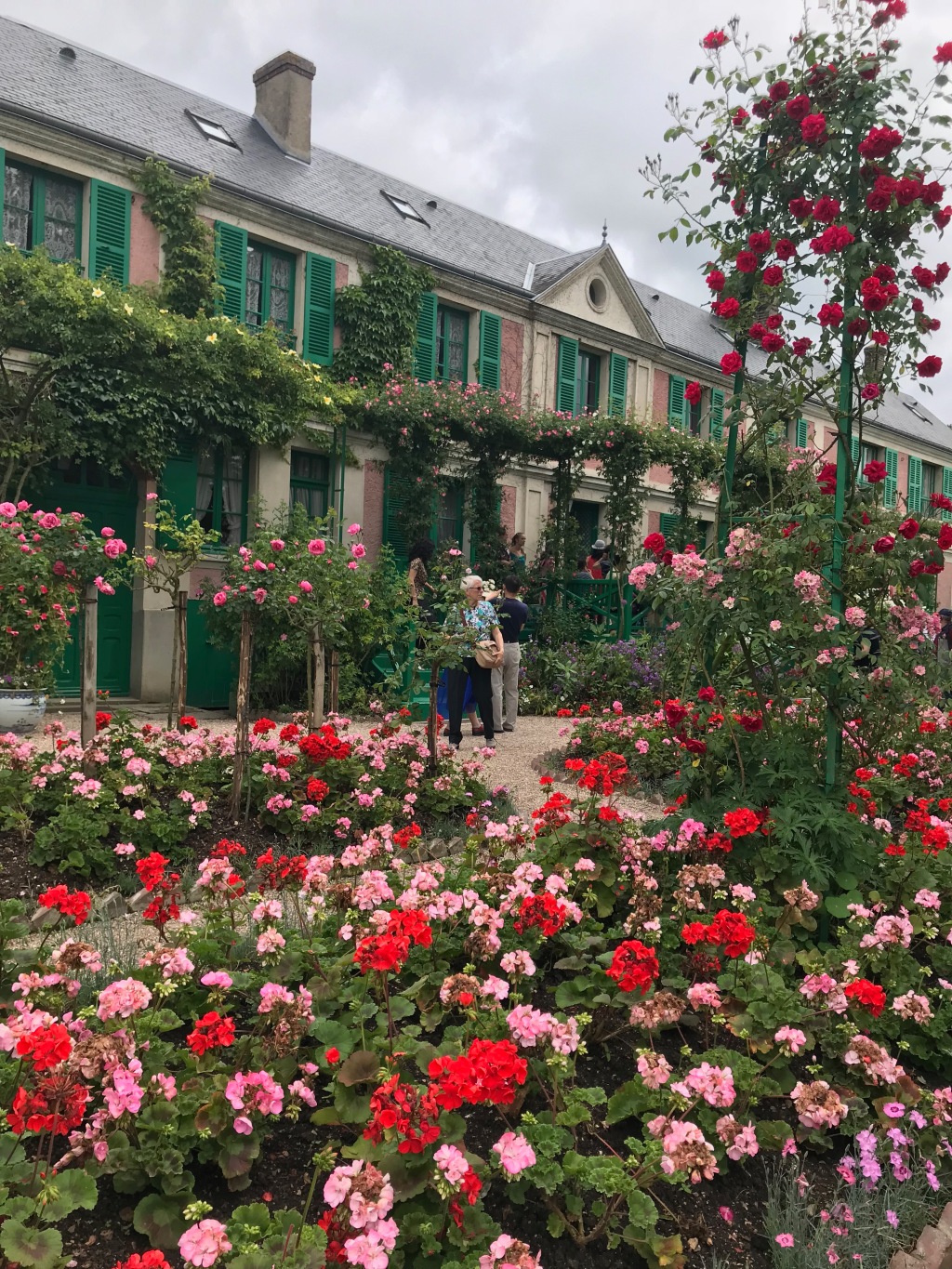 Just back from a trip to Paris.

It’s always a pleasure to spend time in the French capital – though things didn’t start too well with my wallet being stolen between stepping off the RER from the airport and onto the driverless Metro train at Chatelet station.

I can quite see why the French desert Paris during the summer months.

It gets hot in July and August. This year it decided to turn up the temperature volume during late May and with a close – and sweat-inducing atmosphere – setting off spectacular thunderstorms of drenching proportions.

So, with some relief, we set off – with friend Jacques (from Montmartre) behind the wheel – for the fresher air of Normandy and a visit to Claude Monet’s ‘pad’ in the Normandy village of Giverny.

No surprises for guessing that it’s a popular tourist destination. Though we were lucky to find both a parking space and only a small queue to get into his house and spectacular garden.

Things were not so stress-free inside the walls. I describe the choking flow of fellow tourists around garden paths – and through the house that once was home to the Monet family – as an ‘Anne Hathaway’ experience.

A couple of years ago – with friends – l visited the 500-year-old cottage in Stratford upon Avon where Shakespeare courted his wife to be.

I have never seen such a beautiful and historic building subjected to so much pressure from feet and pressing bodies.

It made it impossible – in some rooms – to feel any atmosphere other than the breath of the person standing next to you!

Back to Giverny, and there was more space in the garden where – l have to say – today’s custodians of these acres of rose bushes and lily ponds – are doing a grand job of maintaining the colour and spirit of a place which inspired Monet to paint many a famous canvas for so many years.

It is a beautiful place and – despite the commercialisation of the village – so is Giverny.

I read the villagers were not too happy when Monet moved in. The ‘wild beast’ with the large ‘family’ who painted in such a strange language – treated with distrust and suspicion.

He lived to see that attitude turned around and today the village seems dedicated to preserving and exploiting his name.

It’s a most beautiful country setting – not far from the crazy meanderings of the Seine – and a place the great painter still inhabits.

He lies –  surrounded by his family – in a shared grave to one side of the village churchyard.

I duly paid my respects to the man who put water lilies (amongst many other things) on the Impressionist map.

I had sought out his last resting place but – in doing so – passed another shared grave.

This one contains the remains of the seven crewmen – aboard a Royal Air Force Lancaster bomber which crashed in flames to the south of the village during the night of the 7th and 8th of June 1944.

A day after the Allied forces had begun their D Day landings on the beaches of the Normandy coastline.

A little further on – a propellor from that doomed aircraft was turned into part of a monument which ‘ stands in testimony to the crew and is a symbol of the admiration and gratitude of the people of Giverny.

Their sacrifice led to our liberty today.’

The earth of France and Belgium lies over the bodies of thousands and thousands of people from our islands who went to war to ‘defend freedom.’

So much sacrificial blood has soaked the soil.

If ever there was a reason for not throwing away our place in Europe – within the Union – it is this grave – and all the myriad of military graves like it.

Do the ‘Little Englanders’ want us to exhume and bring EVERY body home when they ‘cut’ the political chord?

A united Europe brings us together in a common cause for peace and a shared European experience of collective cultures – of which we all are part.

I am grateful to that little village for my ‘Monet experience’ – but also for making me realise how much l don’t want to feel an outsider. I – and we – belong in Europe.