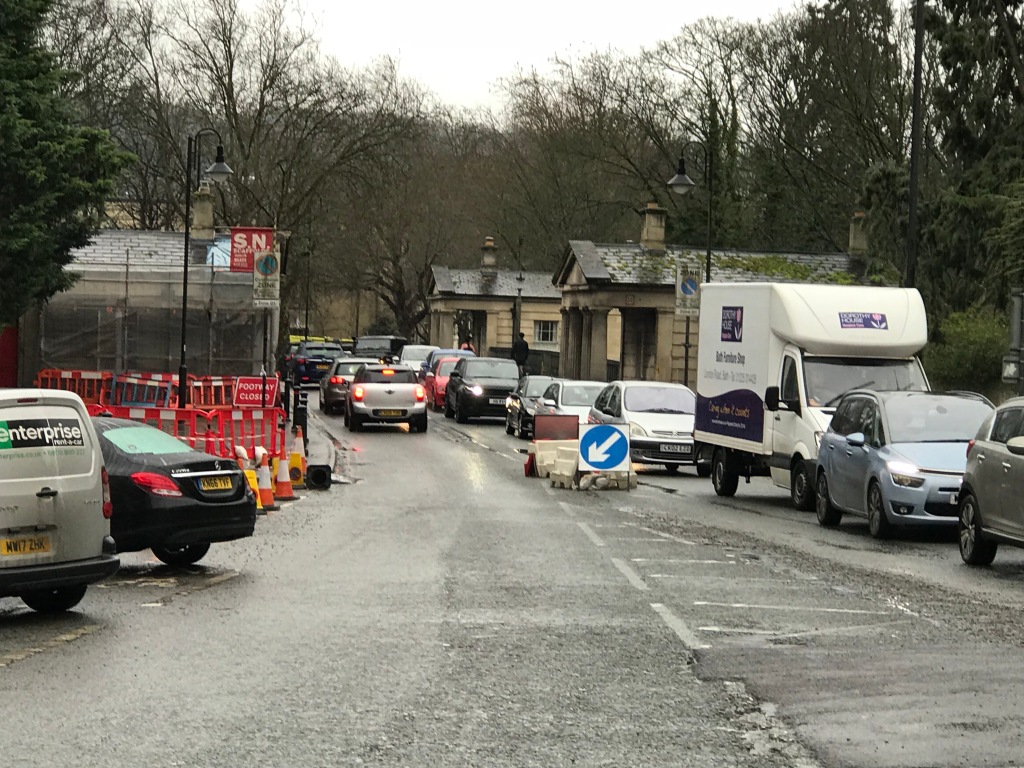 Signals will be manually operated from 7am to 8pm weekdays and from 8am to 7pm over the weekend, in order to be as reactive to traffic conditions as possible and minimise delays.

The work had to be rescheduled from March due to severe cold weather affecting specialist building materials. Historic England – which is overseeing the works – advised that the lime mortar would not set properly due to the temperatures being below five degrees centigrade.

Councillor Mark Shelford (Conservative, Lyncombe) Cabinet member for Transport and Environment, said: “These are essential works and unfortunately there will be delays but we ask drivers to be patient with us while the work is carried out. Extended working hours will be in operation in order that the works can be completed as quickly as possible and to minimise disruption.”

The council has co-ordinated a series of roadworks in the London Road areas over recent weeks to minimise disruption. The main resurfacing works on London Road have been completed. The new loading bay works on London Road should be completed by the end of this week; with only yellow boxes and line markings left to do – this will involve only a partial closure of the A4 London Road West of the main traffic signals.  The A36 and East of the traffic signals will remain open under two way traffic control; these overnight works will start at 8pm and be completed before 6am.

Gas works have also been completed to avoid further disruption again later in the year.

The council’s Variable Message Signs located across various routes into Bath will display the latest information to drivers.