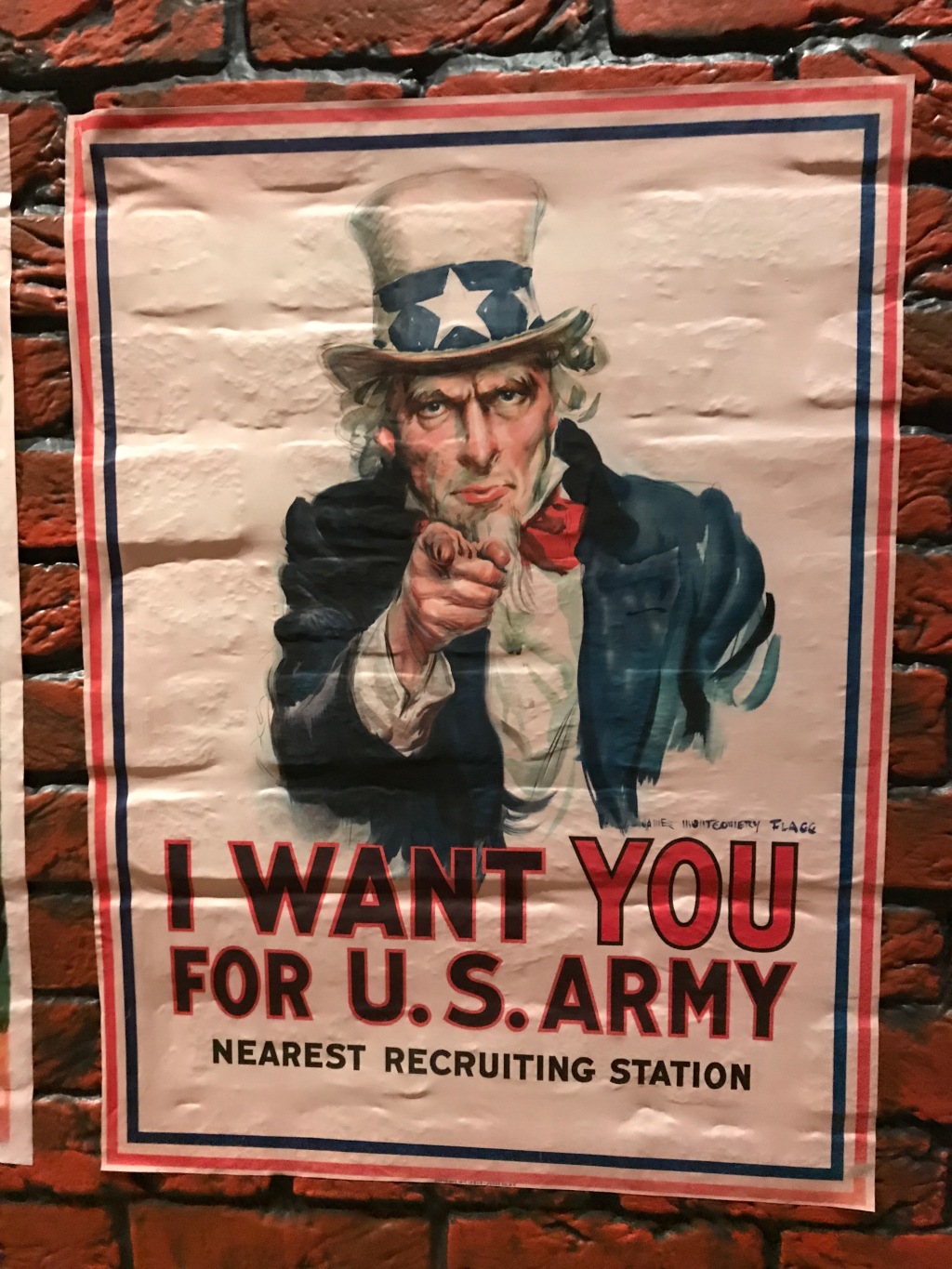 A radiator leak – which has effectively closed the main house until later in May – hasn’t stopped the American Museum opening at least some of its doors – with a strong and very visual exhibition – in time for Easter.

Last night – Wednesday. March 28th – was preview night at The Exhibition Hall for a commemorative display marking the centenary of America’s involvement in World War I.

The museum, which is based at Claverton Manor  – the place where Winston Churchill made his first political speech – is hosting ‘Side by Side: America and World War I’; an exhibition that seeks to tell the stories of ordinary Americans and their extraordinary impact on the war effort.

It’s a subject that is surely going to encourage more males to visit the only American museum anywhere in the UK.

It’s also the museum’s first interactive exhibition and one with some extremely rare artefacts on display. Included amongst them is a watch recovered from the wreck of RMS Lusitania.

The ship was torpedoed by the Germans in 1915, and over a thousand people lost their lives, including 128 neutral American citizens. 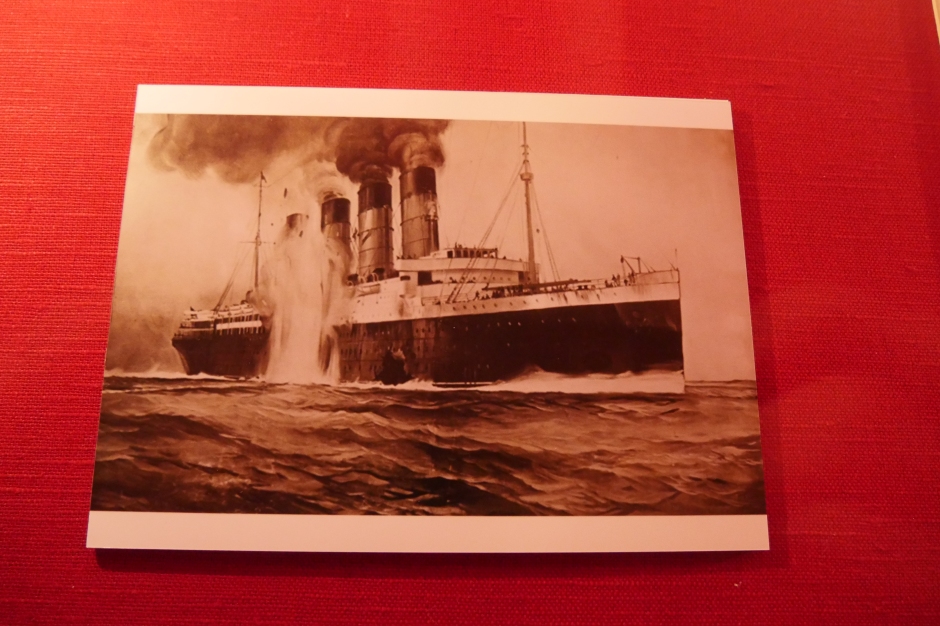 This star item is joined by a Purple Heart medal, awarded to the father of one of the museum’s two founders, Captain Alexander Pratt (1883-1947)

The exhibition also includes some items which have previously not been on public display, such as a family archive, which includes a pair of French baby booties sent home by a US soldier to his pregnant wife. 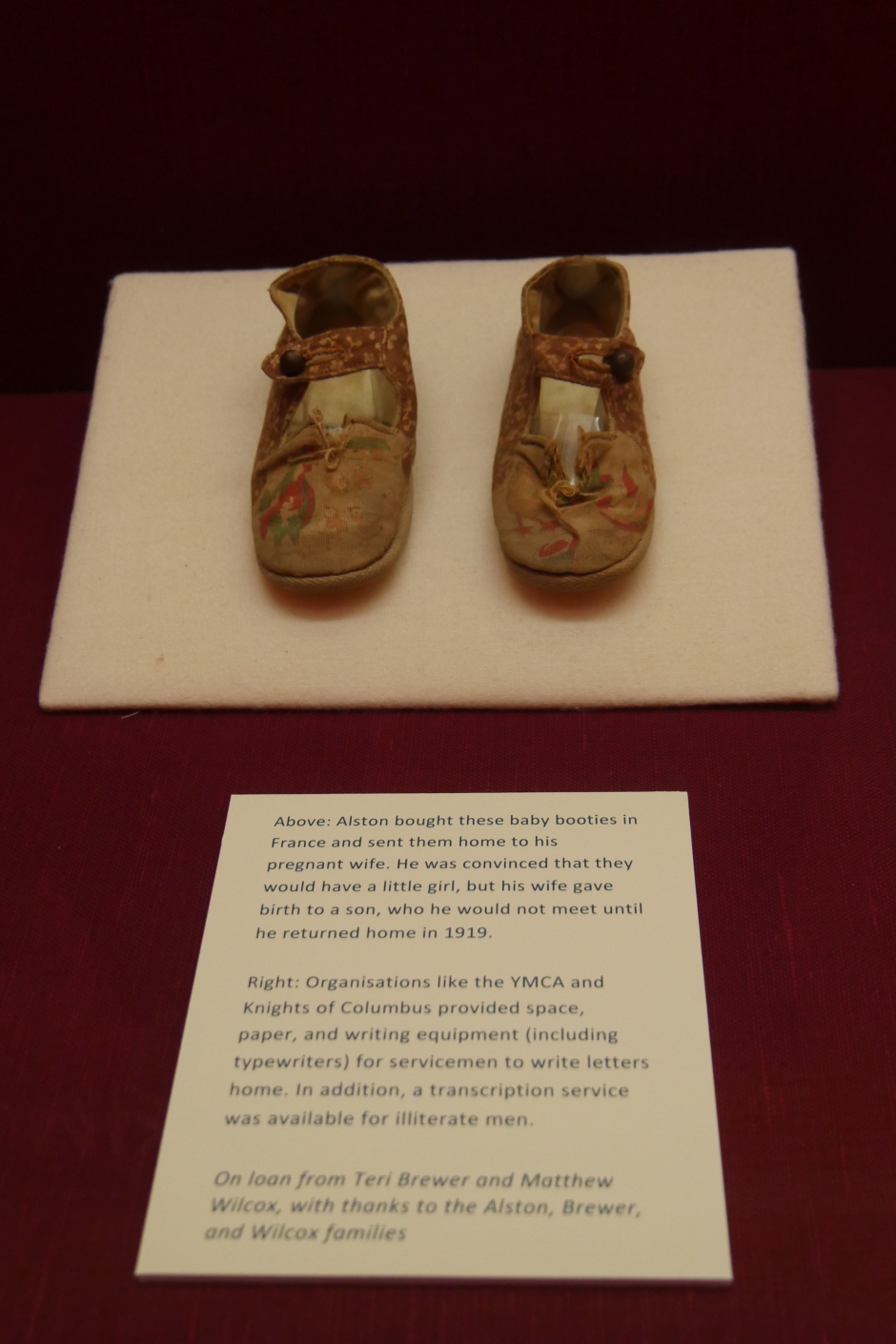 Each visitor to the exhibition will be given a personnel file, which details the war experience of a real person. These files include the stories of those often left out of America’s World War I history; namely women, African Americans, and Native Americans. 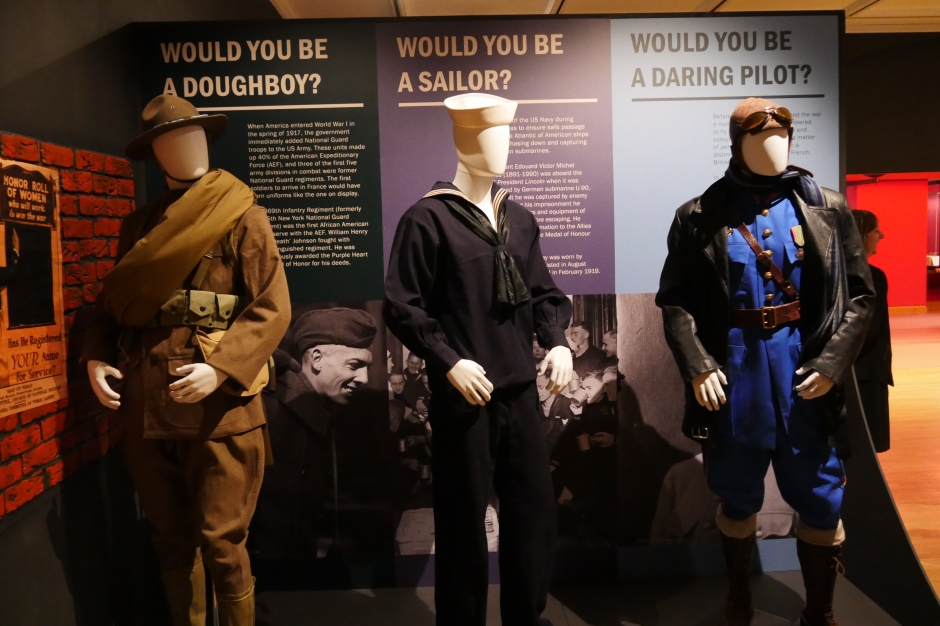 Head of Visitor Experience, Jon Ducker said, “We really want visitors to feel the personal impact of the war, and also to hear the experiences of those that have been forgotten. There are some amazing accounts of immense bravery from the Native and African American communities which have never been heard.”

There are interactive spaces, including a field hospital and a life-size model of a French Renault FT17 tank, which was used by the Americans on the Western Front.

The overwhelming focus is on the personal experiences of war through a number of primary sources including newspaper articles and soldiers’ letters, as well as artistic responses such as popular songs, novels by the likes of Ernest Hemmingway and prints by Montgomery Flagg and Kerr Eby.

Chief Curator, Kate Hebert said, “Our exhibition will explore the subtleties of how America joining the conflict helped to end the stalemate and bring about the end of the war, challenging the preconceptions of both British and American audiences.

While the military impact of America’s involvement in World War I may still be a matter for debate among historians, what is certain is that the war had an irreversible impact on America: Civil Rights, universal suffrage, and world politics.” 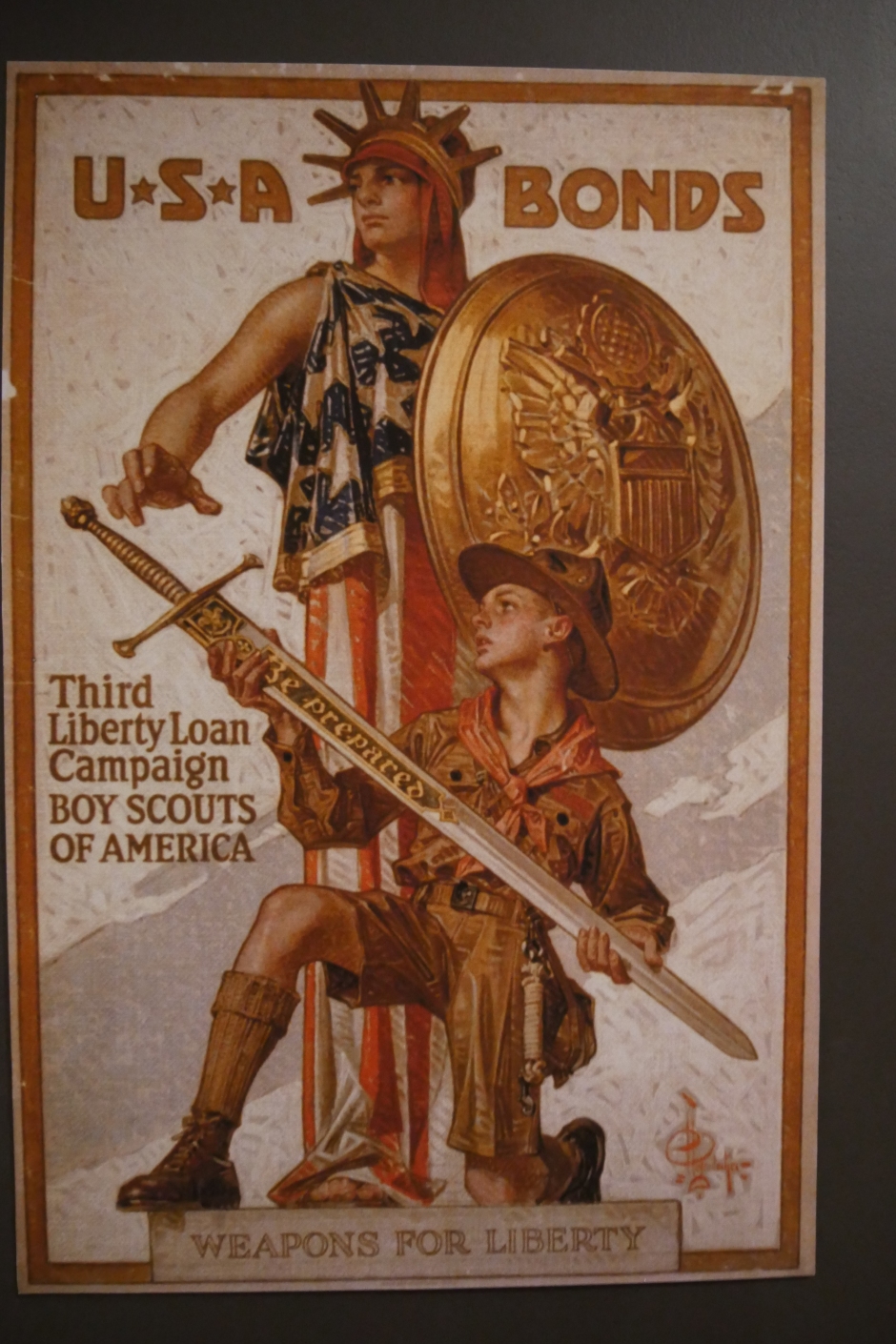 Kate has co-curated this vivid and interesting exhibition with Cathryn Spencer who spoke to Bath Newseum about why they had chosen this subject for their slightly-delayed 2018 season.

America joined the war in April 1917, and troops engaged in their first major land battle in May 1918, helping the Allies bring the war to its close on 11 November 1918. Despite their relatively short participation over 53,400 Americans were killed in action, an average of 820 a day.

“Our WWI exhibition, which commemorates a hundred years since America’s first military involvement in the Great War, together with the Gallery Shop, Folk Art Gallery, Café, East Lawn, and Mount Vernon Garden are open, with a reduced admission fee. Our events programme, subject to any further news about the manor house, will continue as planned.”