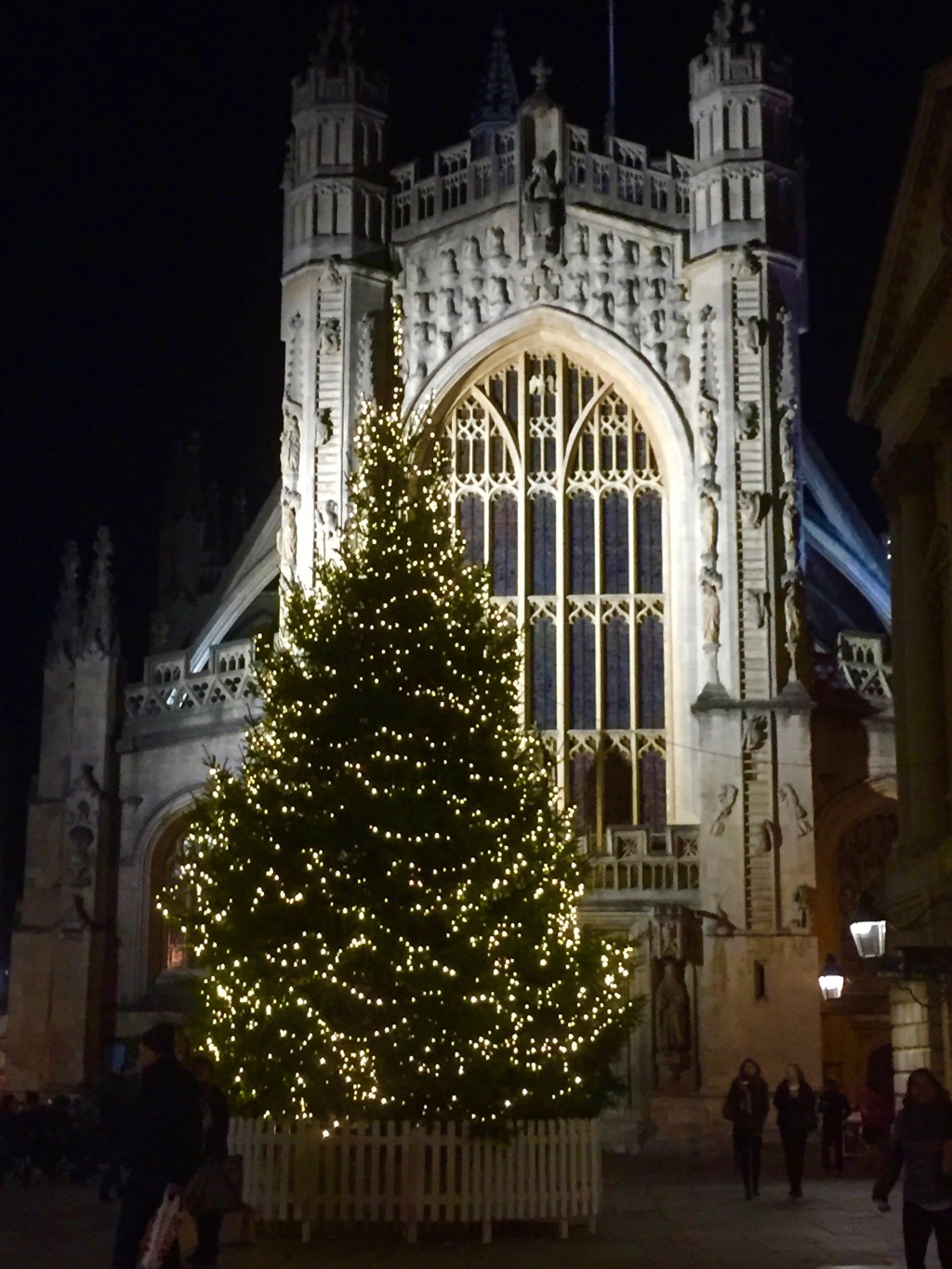 Fears that 5 or 6 chalets, from this year’s Bath Christmas Market, could be positioned in Abbey Churchyard, and obstruct the view of the Abbey’s West Front, look like being averted.

The idea was included in proposals – including units arranged in front of the 18th century historic Cross Bath –  put forward in this year’s annual market application, to B&NES planning committee, for 174 temporary wooden huts.

The usual arrangement of commercial units – which bring much-needed cash into the city from November 23rd through to December 10th – is being disrupted by work that has started at Bath Abbey as part of their multi-million-pound Footprint Project.

It means parts of Abbey Courtyard and Kingston Parade cannot be used and chalets have to be found sites elsewhere.

I have heard Bath Abbey will be objecting to chalets near the West Front in Abbey Church Yard. It is a photo vantage point for thousands of people and even more so – with the town’s Christmas tree in place – during the festive season.

Meanwhile, the Council’s Senior Conservation Officer, Caroline Waldron, has also suggested stalls terminate at the end of Bath Street ‘and do not wrap the (Cross) Baths.’

Vicky Bunt – who is Head of Events for Bath Tourism Plus – the body behind the Market – told Bath Newseum that Bath Preservation Trust had also objected to the chalets being erected alongside the Abbey’s West Front.

She is due to have a meeting with them tomorrow (Friday, June 29th) and was also in discussions with Bath Abbey.

Vicky told me: ‘We think we can relocate the chalets. With a change of emphasis regarding the Footprint Project, it has been possible for the Abbey to release back some of the space on the North side.

We are in partnership with the city, after all, and would never go against peoples’ recommendations – especially at this time.

The chalets at the bottom of Bath Street would not be against the Cross Bath but on the pavement nearby.’

Hopefully, tomorrow’s meeting will bring an early bit of festive cheer and Bath Tourism Plus can re-jig things elsewhere.

Meanwhile, l hear that Bath Rotary – who in recent years have been criticised for putting their collecting hut in front of the Abbey Churchyard Christmas tree – may also be slightly relocating it to a less picture-blocking spot.

Never one to knock their charity fundraising, l would applaud that decision as many people in Bath for the market love getting a picture of tree and Abbey at that point.