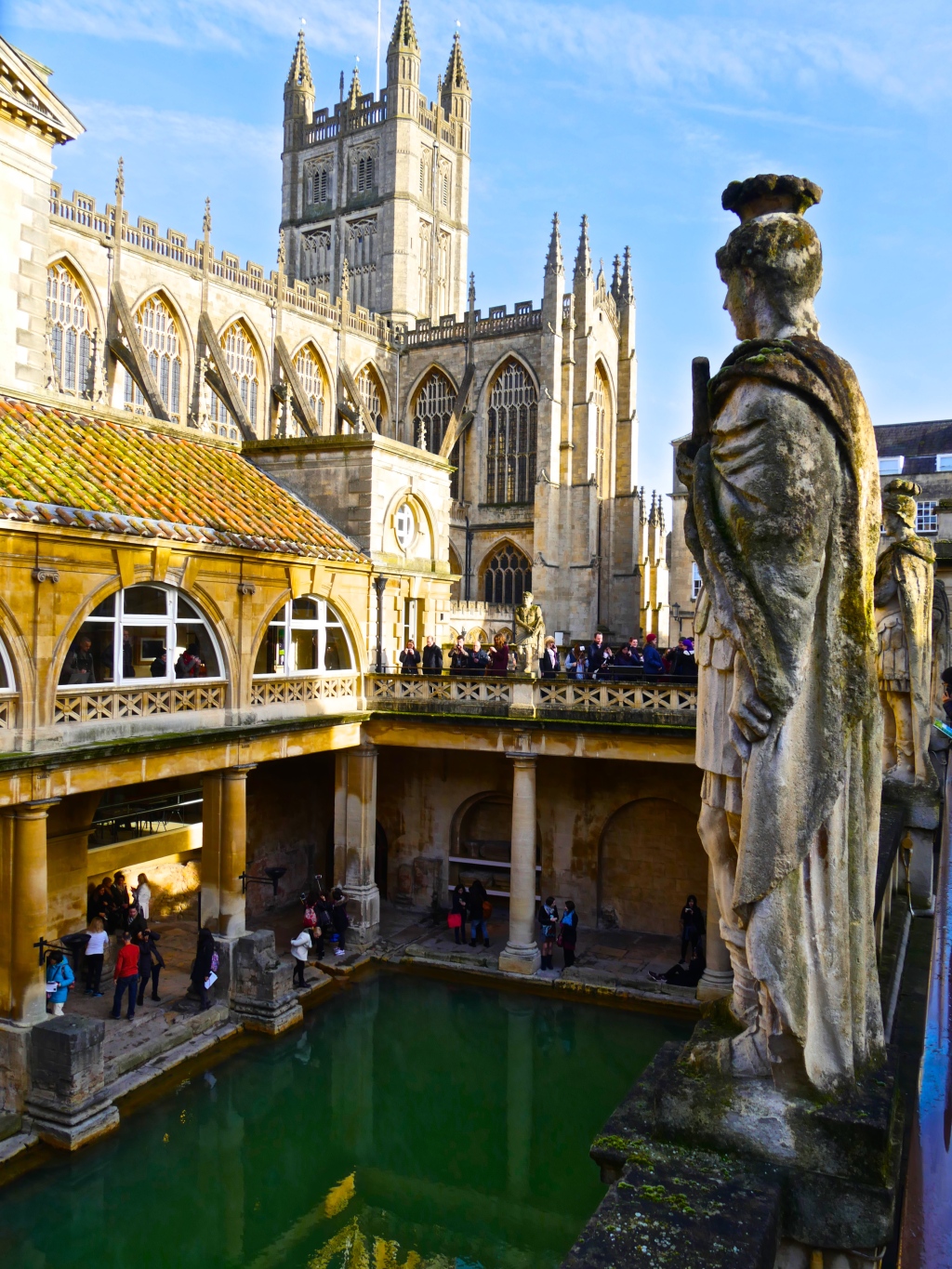 The Great Bath - part of the Roman bathing complex built around the thermal waters.

School children, local communities and visitors are set to benefit from a new Roman Baths Learning Centre and World Heritage Centre in Bath, thanks to a grant of £3.4m from the Heritage Lottery Fund (HLF) for the Archway Project. Building work is due to get underway next year.

“School children will now be able to learn about their heritage in a brand-new Learning Centre, where they can take part in hands-on archaeological activities using in-situ Roman remains. And, for the first time, we will have a World Heritage Centre where people can find out why Bath is a World Heritage site. We hope it will inspire people to explore the special historic sites of the city.”

“The Archway Project will create a wide variety of opportunities for local residents: there will be exciting events and activities for all ages, new apprenticeships and work placements, volunteering opportunities, and new ways for community groups ­– particularly those that work with vulnerable adults – to get involved.”

Nerys Watts, Head of HLF South West, said: “From displaying hidden Roman rooms to inspiring the next generation to get hands-on with Bath’s past, this is an incredibly exciting project and we’re proud to offer our support, thanks of course to National Lottery players.

“Today’s investment will transform the way the city’s story is told, provide unprecedented access to its heritage and play a key role in the development of this World Heritage site.”

The Roman Baths Learning Centre will be a fully accessible, state-of-the-art centre where school children will participate in exciting hands-on sessions with Roman artefacts and where projects and activities will be run for members of the local community. It will be linked to the Roman Baths via an underground tunnel.

There will be an Investigation Zone set among Roman remains, where children will be able to explore and record archaeological materials, and an excavation area where they will be able to unearth replica Roman objects. This space will be used for family events at weekends and during the school holidays.

The project will also open up areas of Roman remains that have never before been open for regular public access, including a rare laconicum (sauna) and an exercise courtyard, revealing fascinating new aspects of the ancient site.

The £5m development will be housed in former Victorian spa buildings in Swallow Street and York Street, next to the Roman Baths. Building work is set to start in 2017, and the Roman Baths Learning Centre and World Heritage Centre are due to open in 2019.

About the Heritage Lottery Fund

Thanks to National Lottery players, we invest money to help people across the UK explore, enjoy and protect the heritage they care about – from the archaeology under our feet to the historic parks and buildings we love, from precious memories and collections to rare wildlife. www.hlf.org.uk @heritagelottery