A group of Dutch school students have been learning traditional English sports for the first time, thanks to a new link between Beechen Cliff and Hayesfield Girls School, and the Petrus Canisius College in Bath’s twin city of Alkmaar. 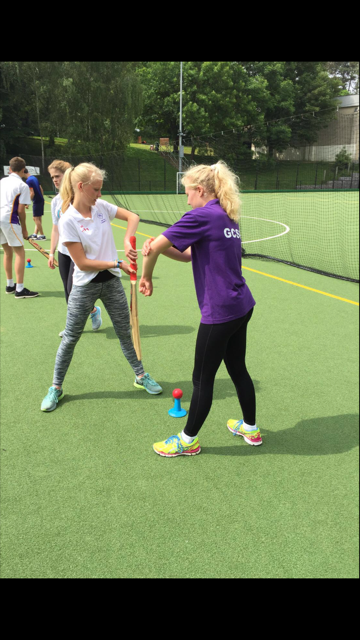 The dozen 14 and 15 year old Year 10 Dutch students are some of the leading sports students at their school, but this was the first time any had played cricket, netball, rounders or rugby.

The visit  followed one made in March to Alkmaar by GCSE Physical Education and Sports Leadership pupils from the two Bath schools.

The Dutch students participated in Physical Education lessons to experience how PE is taught in the UK, and then led some highly popular coaching sessions of their own for Year8 pupils at the Bath schools. 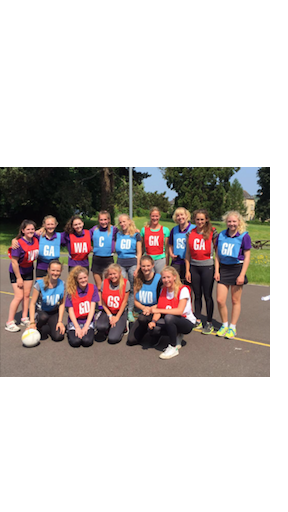 The organisers of the visit were Beechen Cliff PE teacher, Matthew Walker, and his Hayesfield counterpart, Hannah Dury.  Matthew said:

“The Dutch students really enjoyed learning the new sports.  The boys and girls had a go at cricket, rounders, netball and tag rugby, and their natural athletic ability soon shone through.

“Our children got a lot too from the experience of coaching and being coached by  the new friends they made when we visited Alkmaar in the Spring.

“This new exchange has been hugely beneficial to our pupils. It’s given them an insight into a different culture with different sporting traditions, and fostered relationships that should continue for many years to come.”

As well as sports, the Dutch children met the new Mayor of Bath last week , Cllr Paul Crossley, his first official engagement, and were given an official tour of the Roman Baths and City.

The school twinning initiative is supported by BATA, the Bath – Alkmaar Twinning Association, which helps arrange exchanges to and from Alkmaar for education, arts and sporting groups.

–       The Bath – Alkmaar link, formed before the end of World War 2, is one of the oldest official links between two foreign cities anywhere in the world. It was the idea of Dutch refugee, Eli Prins, and Bathonian, Jimmie Wills.

Holland as the “Hunger-Winter”. 50 packing cases of food and clothes were donated, and the equivalent of £250,000 raised, in a few weeks.

–       Immediately after the War, the Dutch city donated 5,000 tulip bulbs as a thank-you; these were planted in the Orange Grove Garden, which was re-named the “Alkmaar Garden”.

–       Strong links now exist between several Bath sports and cultural organisations and their Alkmaar equivalents, who regularly visit each other.

–       The Bath – Alkmaar Twinning Association is an official civic body, created under the terms of the official twinning arrangements between the two cities and Bath’s Royal Charter.