I suggested these boarded sections between the columns supporting Grand Parade – and to one side of Parade Gardens – should be handed over to local artists to do something with.

A great and cheap way of brightening up one side of very well tended gardens beside the River Avon.

Today (Tuesday, May 31st) l see a very half-hearted attempt to do something with black boards erected for children to draw upon.

Not sure teaching kids to draw on walls is such a good idea. It looks dreadful and the park is not simply a playpen.

Meanwhile, a word of praise for the men and women of the Parks Department busy putting out bedding plants today. No doubt in time to catch the downpour we are promised for later.

Bath Abbey and its environs are going to be the setting for this year’s event which – for the third year in a row – will offer people of all ages an alternative experience of nature in the city in which the contemporary arts come alive.

Headlining this year’s programme – coming up in June – will be a series of soundscapes created by Martyn Ware – a man who originally found fame as founding member of both The Human League and Heaven 17. Bands which rode the crest of the electronic and synthpop wave.

A couple more observations for today. Why is another cycle parking hoop being removed from outside the Guildhall. We are one down already.

It’s the end of May and – while we wait for B&NE’s ‘zero tolerance’ to take hold- the A boards hurdles remain lined up in Union Street. 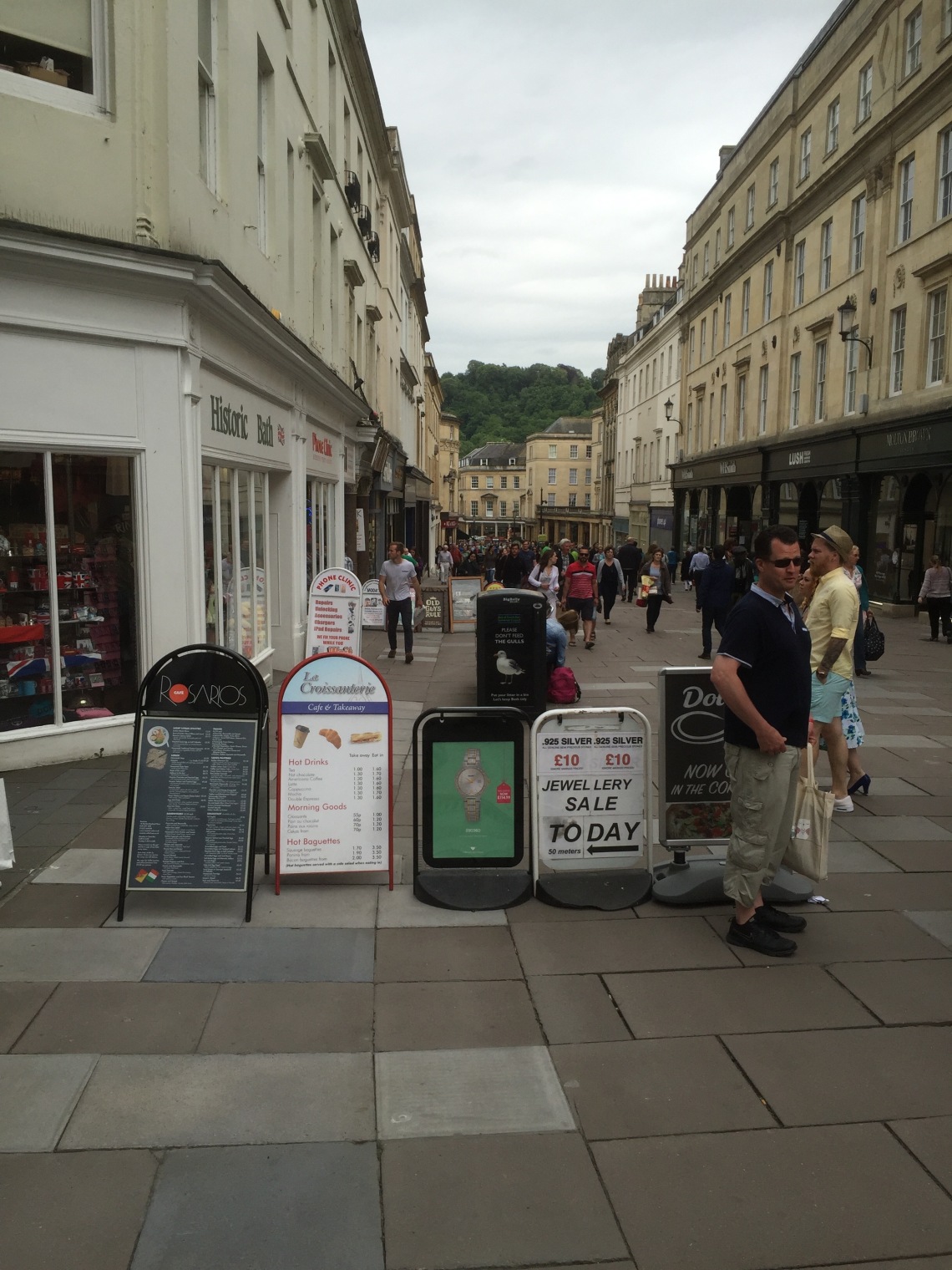 Finally, business waste from outside The Corridor was picked up this morning but who is there to clear up the pavement ‘crap’ they leave behind. Bath is stuffed full of tourists – at least make more of an effort!