service on 14 May as a wedding limousine, transporting Katrin Hudewenz

and her father (both from East Germany) from Maybrick Road, Oldfield

Park, to the Assembly Rooms for the ceremony, which took place at

of interest from wedding guests (many of them from Germany) and

tourists, particularly as the Trabi retains its original 1973 featured,

The car had been seen in Bath on several occasions by Katrin, who

expressed the desire to have a Trabant as her wedding vehicle.

arrangements were made for ‘Hermann’ to fulfill the role of ‘limousine’,

with the former Mayor acting as chauffeur! 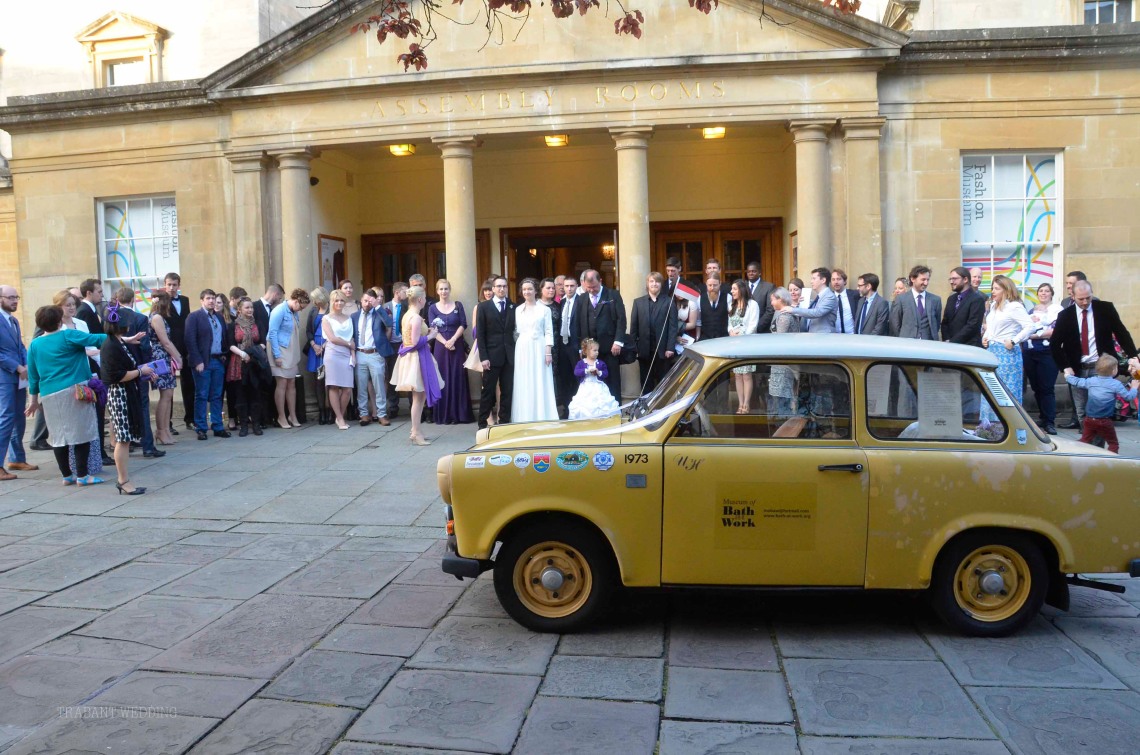 for the past ten years. ‘Hermann’ was recovered from a Southstoke barn,

where it had reposed for 16 years, and Bryan purchased it for the

princely sum of £1.50p. The little car underwent a mechanical