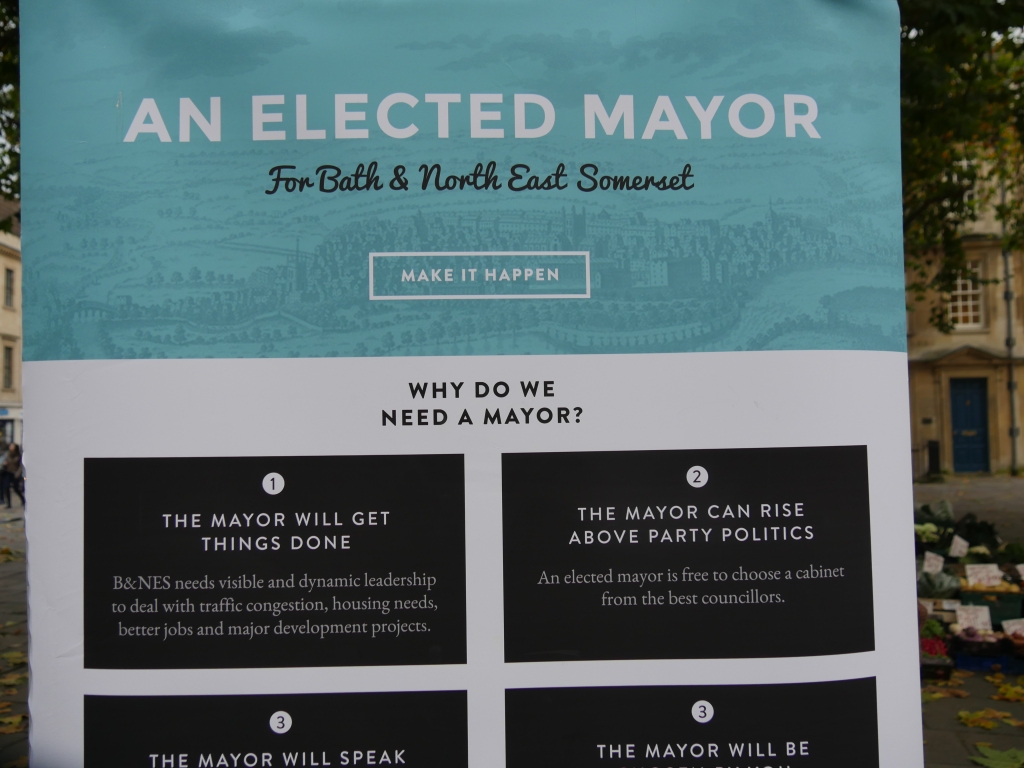 Bath & North East Somerset Council has announced that a referendum to decide the future form of governance for the Council will be held on Thursday 10 March, 2016, between the hours of 7am and 10pm.

The decision was announced by Jo Farrar, the Council’s Chief Executive and Counting Officer (Returning Officer).

A referendum has to take place because over 5% of electors have requested it via a petition. 6,817 people who signed that petition matched entries on the electoral register. The total number of valid entries required to validate the petition was 6,437.

The full notice of the referendum can be viewed online at http://www.bathnes.gov.uk/elections and in Council offices.

Who can vote at the referendum?

If you have recently moved or are not currently on the electoral register, you can register online at http://www.gov.uk/register-to-vote. Alternatively you can contact Council Connect on 01225 477333 to request an electoral registration form.

How can I vote?

Poll cards with information about the voting arrangements will be sent out to registered electors in advance of the referendum.

· In person at your allocated polling station
· By post
· By proxy (by appointing someone else to vote on your behalf).