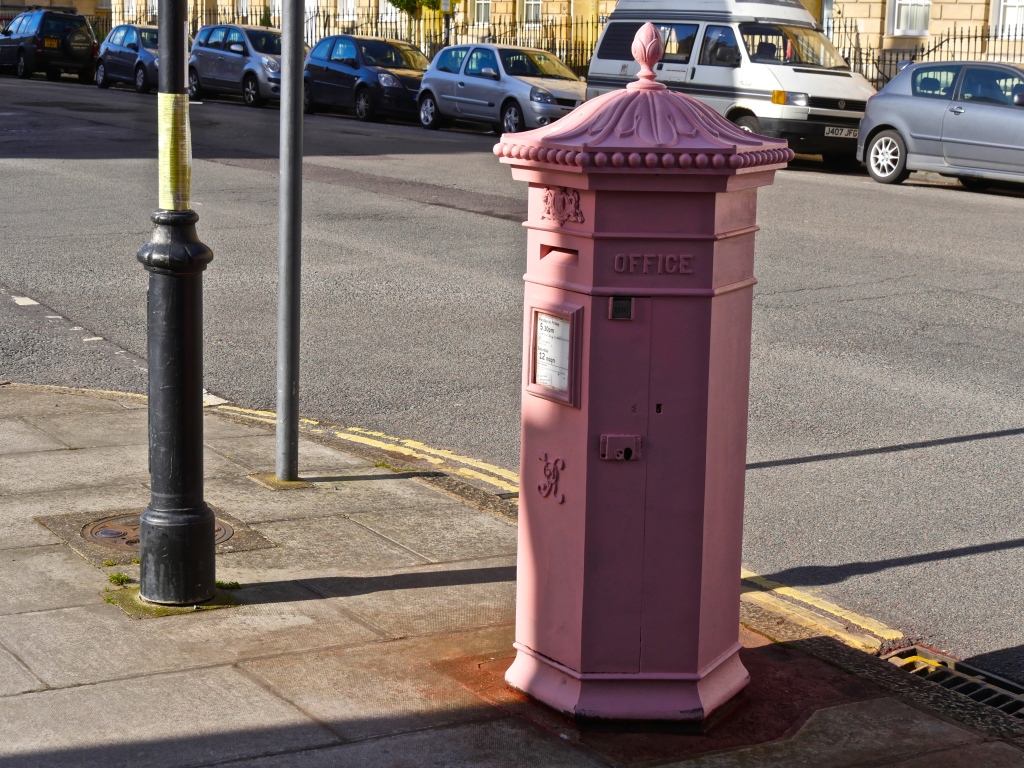 One of the two Victorian pillar-shaped letter-boxes in Bath’s Great Pulteney Street has had a bit of a paint-over. A new look for a very old piece of street furniture l spotted recently.

I was hoping it’s just undercoat?! Though perhaps some might think it prettier in pink? Turn out – l was right. Passed the box again and found two guys painting it a more familiar pillar box red!

Meanwhile, ‘keep off the grass’ notices have gone up on The Lawn in the centre of Queen Square where new turf has been laid as part of the £100,000 make-over the little public park has received.

What a difference the clearance along the riverside – next to Sainsbury’s and Homebase – has made.

Temporary fencing has gone up along some of the bank next to the River Avon, but there seems to be more work to do.

Apart from the safety aspect, it has really opened up the river to view.

Another reminder to Bathonians of how important this asset can be in planning its city centre look for the future.

A little further along the riverbank – alongside the Crest housing development – contractors have returned to the recently rebuilt  historic Victoria Bridge to try to fix a problem with the newly laid surface on this important crossing for cyclists and pedestrians.

Some of the flexible tiles had lifted. Looks like they are now being well secured.