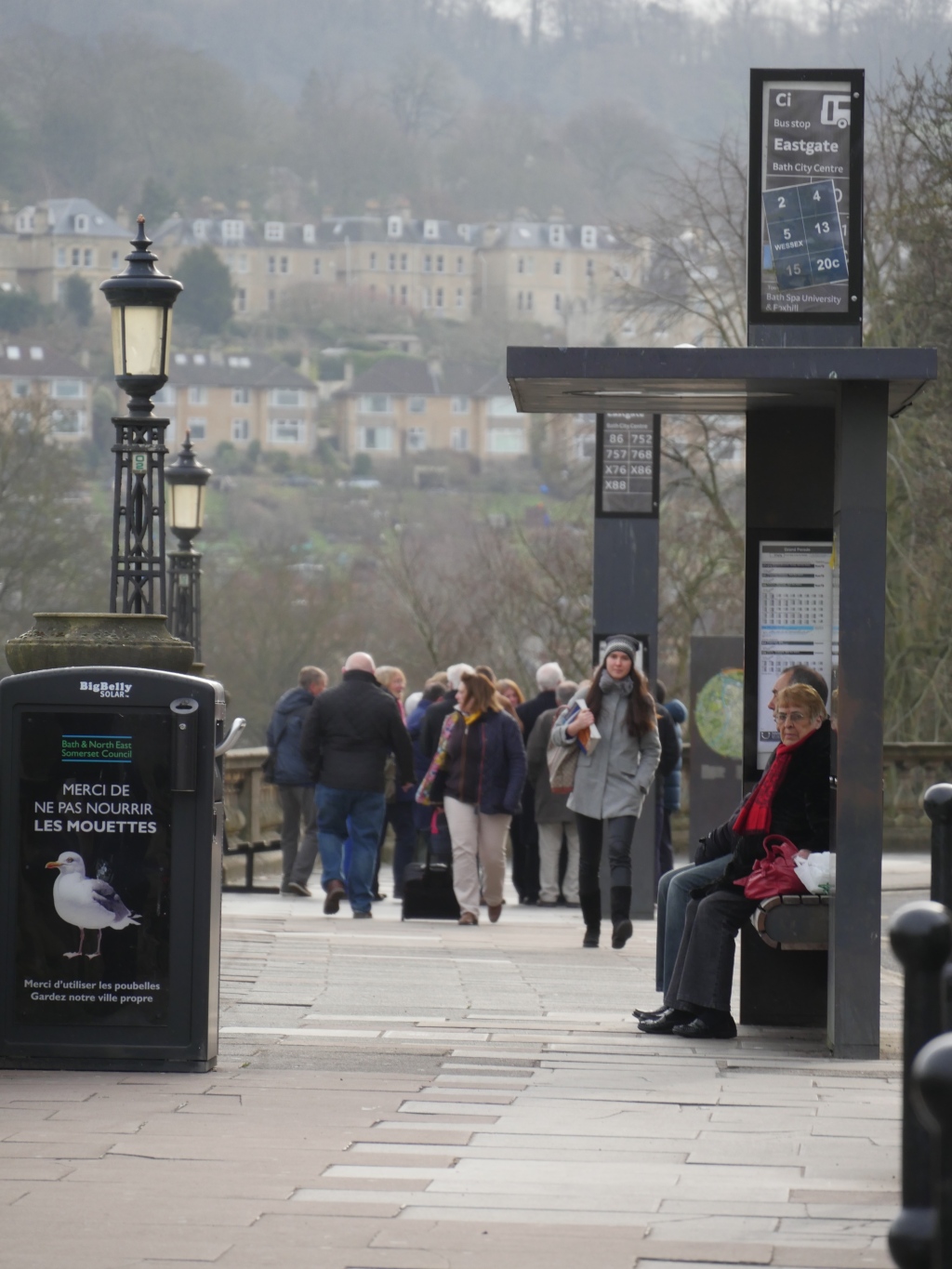 B&NES councillors and other officials were out on Grand Parade alongside Pulteney Bridge and Weir  just recently to consider the visual impact of the access shelters the Council wants to build to open up the derelict Colonnades beneath.

The staircases and lifts would lead down to restaurants and other facilities they want to see occupying this unused and atmospheric space beside the River Avon.

Chalk markings on the road and pavement were an indication of the footprint one of these access points would have.

Not everyone is happy with the proposal and its understood that English Heritage is one body uncomfortable with a contemporary intrusion at such an iconic and important historical spot.