The multi-storey part of the Avon Street car park in Bath is due to be demolished in the spring of this coming year.

The project seeks to deliver up to 30,000 square metres of much-needed modern, office accommodation for the city, alongside improved pedestrian and open spaces, in a stunning waterside environment. 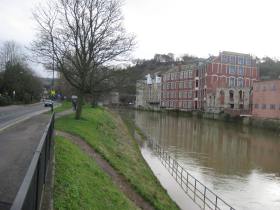 To get the project underway, the Council is planning to demolish the multi-storey part of Avon Street car park in spring 2015. The surface level spaces will remain until development plans for the site reach the next stage, and the council is also proposing to create a temporary surface once the multi-storey car park has been demolished creating up to 200 additional open air spaces. This initial work is expected to be completed by November 2015

The car park currently provides 630 parking spaces, of which 414 are within the multi-storey part. The multi-storey car park is in poor condition and is often under-used.

This work is linked to the Bath Quays Waterside project which involves flood mitigation and defence works to the north and south banks of the river between Churchill Bridge and Midland Bridge which begin next year.

The Council is working with the Environment Agency on this major infrastructure project. As well as providing flood defences for parts of Bath’s city centre, Bath Quays Waterside will transform the riverside, creating a new waterfront space with walkways, cycle routes, cafes and events and at the same time overcoming one of the major stumbling blocks to unlocking the potential of brownfield sites along the River Avon – the possibility of flooding.