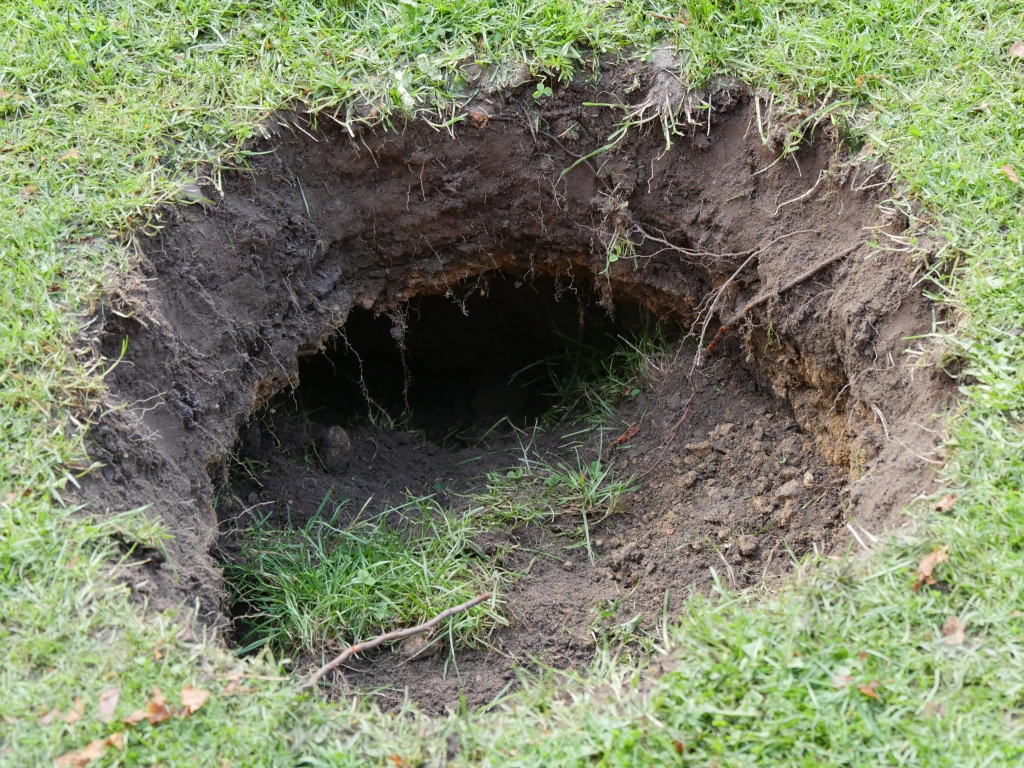 A sink hole has opened up in Sydney Gardens and the area has been cordoned off.

It was so perfectly round that l thought at first they were about to plant a tree!

It appears to be with deep and there is evidence of another depression forming close to this opening.

I am told it is not the first time such an event has taken place in these former Georgian pleasure gardens.

While nothing much seems to be happening – and certainly no public comment from B&NES – one speculates on what may have caused the collapse. This area of course is riddled with springs and this may have caused some underground erosion?

Which reminds me. There is an underground reservoir at the top of the gardens which Wessex Water are not too keen to talk about. A fear of vandals breaking in they say!

I for one would love to be allowed a look.