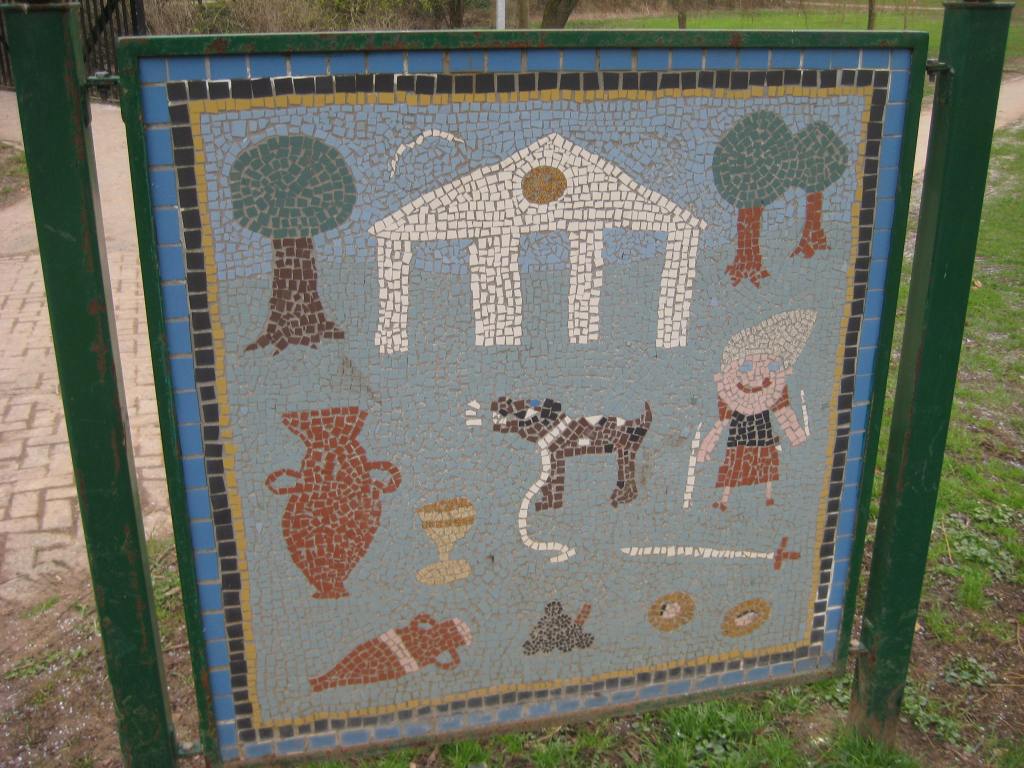 Roman mosaic panels from the Durley Hill Roman villa will go on display in Bath & North East Somerset Council’s new Keynsham development when it opens later this year. You can see how they are being cleaned and conserved by expert conservators from Cliveden Conservation in preparation for that display at a free event on Saturday 10 May.

On this open day – held at the Pixash Lane Archaeology Store – you can see conservation work in action and get up close to the marvellous mosaics discovered when the cemetery was extended in the 1920s.

You can talk to the conservators working on the project and curatorial staff from the Roman Baths will be on hand to talk about the style and significance of the mosaics and about other recent archaeological discoveries in the Keynsham area.

At the same time you will be able to explore other archaeological finds from Keynsham including decorative stonework from the Medieval Abbey, as well as finds and some unusual graffiti rescued from the Combe Down Stone Mines before they were filled in during the stabilisation works.

Cllr Ben Stevens (Lib-Dem, Widcombe), Cabinet member for Sustainable Development, said: “Whilst the public has witnessed Bath & North East Somerset Council’s ongoing Keynsham town centre development, work has also been going on behind the scenes to prepare the Durley Hill villa mosaics for display. This gives local people a great opportunity to see some of that work in progress, ask questions about local archaeology and meet some of the people involved in the project.”

The Archaeology Store is next to the recycling centre on Pixash Lane and will be open to the public from 11am to 3pm.