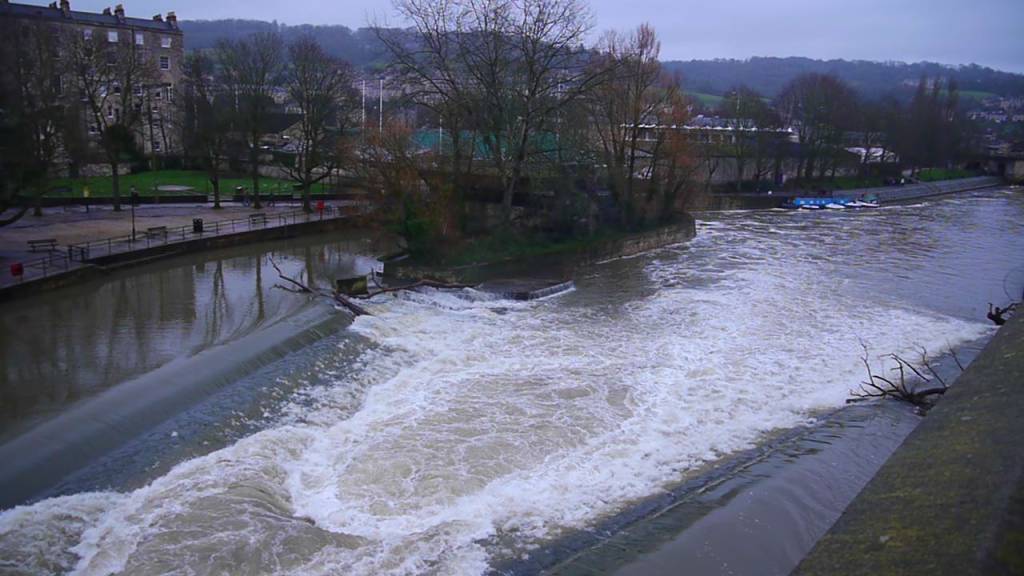 Elsewhere in this cyber museum you will find stories about Bath’s River Regeneration Trust and plans for harnessing the flow of the Avon at Pulteney Weir to generate electricity. It’s seen as a great idea for the future.

This morning – April 29th 2014 – l was leafing through a bound copy of Corporation minutes for the year 1923 at the Records Office and in February of that year Bath’s ‘Electricity Committee’ were considering a hydroelectricity scheme utilising water at the city weir.

The Corporation had employed an expert to gauge water flows and take into account rainfall, flooding and – more unlikely – periods of drought!

It was interesting to read that the area draining into the River Avon above the City weir was calculated to be 600 square miles.

Also that the volume of water passing over the weir has been recorded as varying between a minimum depth of three inches to a maximum two feet seven inches. 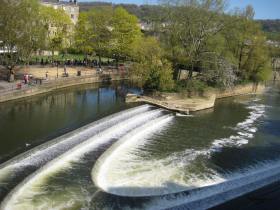 It was decided – that as the volume of water and its fall were not constant – than neither would the supply be.

A regular 14 inches of water could generate 210 kw but summer flows might reduce that to a mere 20 kw a day.

The scheme was costed at £21,275 pounds and it’s maybe no surprise they decided to spend the money on another land-based steam-driven turbine instead.