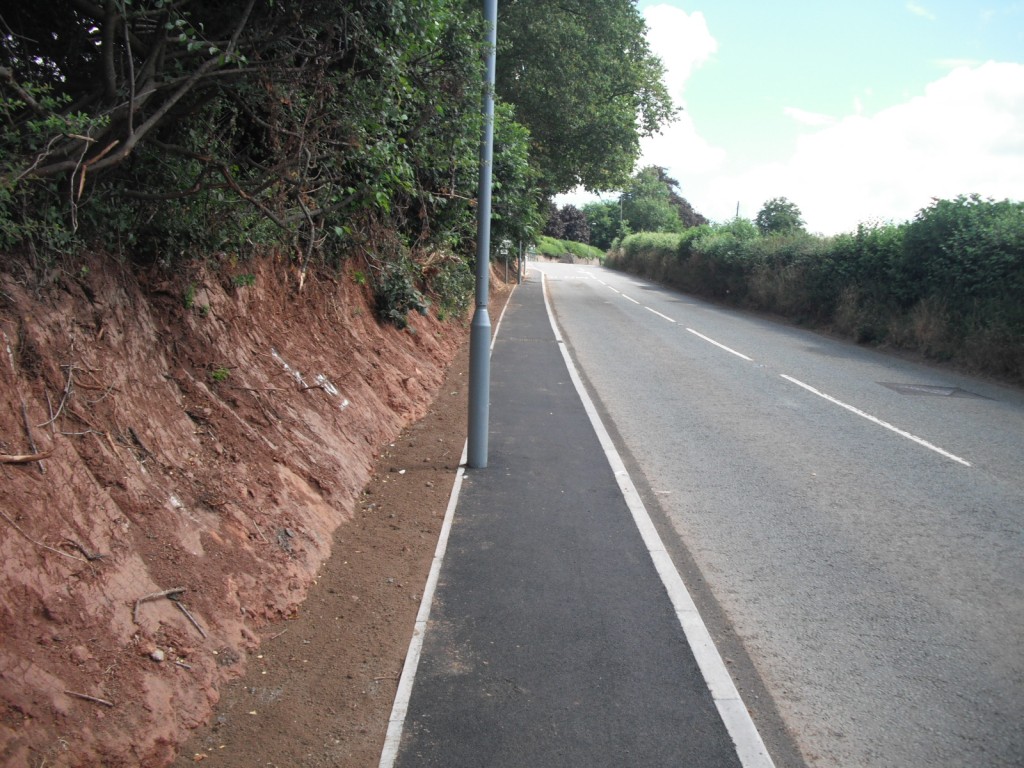 The first stage of improvements by Bath & North East Somerset Council for people walking between Hallatrow and High Littleton has been completed.

A 290 metre footway lying along the A39 Hallatrow Hill between Langfords Lane and Rosewell Country Care Home is now in place. New lighting columns are in place, new drainage will take surface water away from the road, and replacement trees will be planted in Hallatrow Village to replace those removed to accommodate the new pathway which required extensive vegetation removal

Councillor Caroline Roberts (Lib-Dem, Newbridge), Cabinet Member for Transport, said, “Improving links for people on foot between different communities is an important part of encouraging greater use of more sustainable methods of transport. The Council’s intention is to link Hallatrow and High Littleton with a second part of the project and we will be considering this as part of a future transport project programme.” 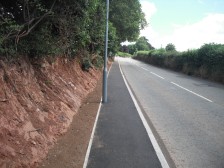 A range of partners were involved in completing the project including WS Atkins, Western Power Distribution, and Scottish & Southern Electric.