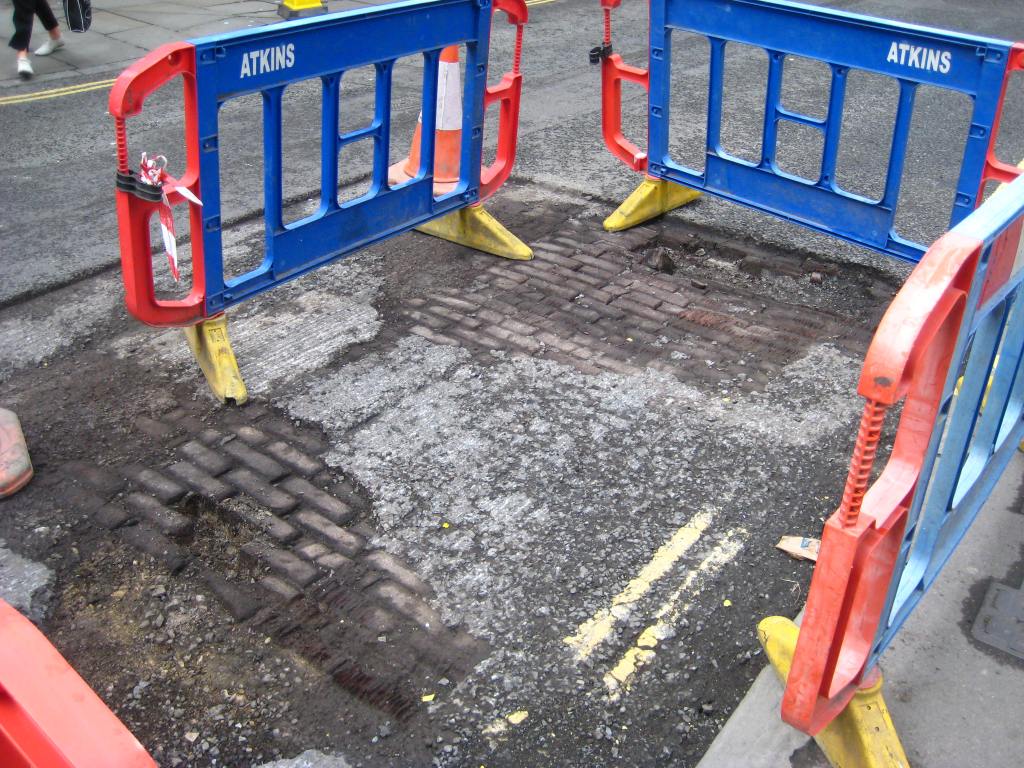 These were briefly exposed by workmen from Bath and North East Somerset’s Highways Department ‘mending’ some bad patches in the road.

One of the workmen told me he had been given to understand that the wooden blocks or setts had been specially laid to reduce the noise – created by passing horse-drawn traffic – affecting patients in the Mineral Water Hospital alongside part of the road.

The ‘Min’ – as the re-named Royal National Hospital for Rheumatic Diseases is now known – is currently under threat of closure.

‘The workman’s explanation of the wooden setts is, I understand, correct. They were laid to deaden the noise of iron carriage wheels, both here and by public subscription in the some of the more up-market Bath set pieces.

I believe they were of Jarrah wood, a hard Eucalyptus shipped from Australia.  The setts were phased out, partly because although they suppressed noise, they also soaked up horse pee and smelt to high heaven in the summer!’

You may also like to know that the old Mineral Water Hospital – which was was the country’s first national hospital – houses its own museum which showcases the building’s medical history, art and artefacts in relation to the hospital’s importance in relation to Bath’s history since its establishment in 1738.

Beau Nash, John Wood the Elder, artist William Hoare and quarry-owner Ralph Allen are amongst the historical figures who have ties with the hospital.

The Museum is open every Monday from 2 to 4 pm or by appointment. For more information email fundraising@rnhrd.nhs.uk or telephone 01225-465697 ex 278.