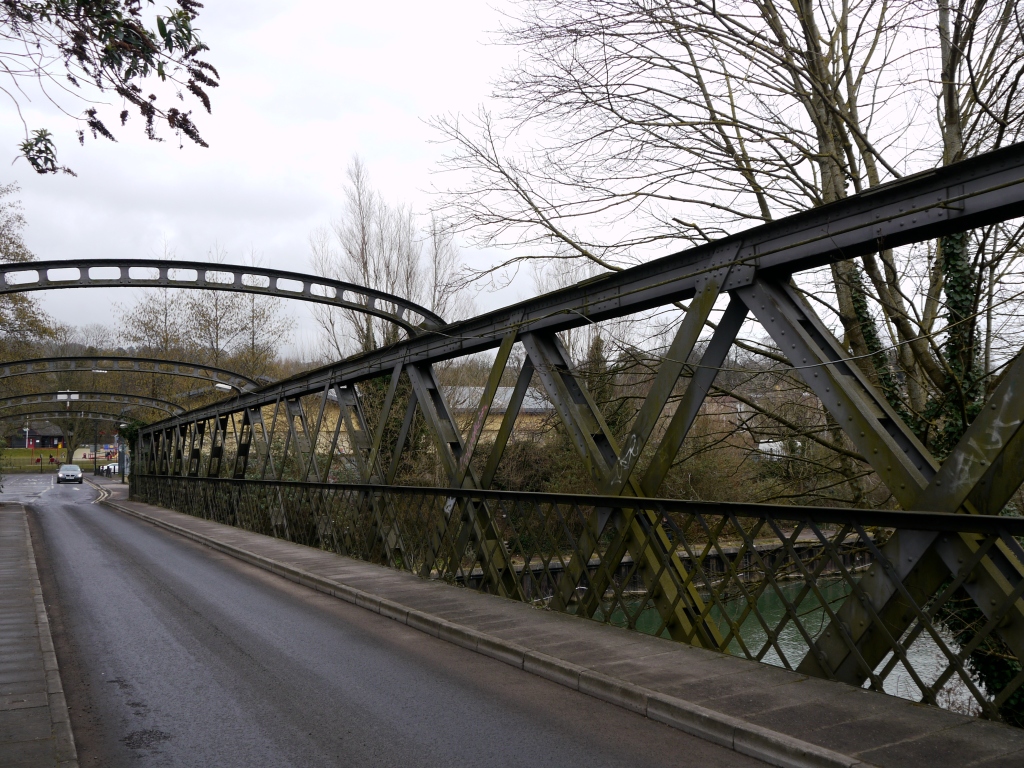 So now we know. The old Destructor Bridge, which crosses the River Avon in Bath, near the old city gas works, is due to be taken down between October and February.

It will be replaced by a new two-way crossing – with pedestrian and cycle access – as part of the development of the Western Riverside. Temporary steel piers will have to be put up in the river-bed to allow the old bridge to be removed and replaced.

Developers Crest Nicholson Operations Limited has just been given permission by B&NES to update its planning permission to demolish the bridge.

Seems the ‘unlisted’ Destructor Bridge cannot be economically strengthened, refurbished or widened to fulfill the need for a vehicle lane in each direction – plus improved access for pedestrians and cyclists.

The old iron truss bridge dates back to the 1870’s and was originally an integral part of the Midland Railway – and installed to provide road access to the Bath terminus at Green Park Station. It was sold in 1905, when it was deemed unsuitable for Midland Railway purposes, and moved to Midland Road.

It was named the ‘Destructor bridge’ as it then joined the city’s recycling yard to a giant incinerator situated across the river. The incinerator was known as a ‘Destructor’ thereby providing the bridge’s new title.

A wonderful three-dimensional model  – on display in an exhibition at the Museum of Bath at Work  – showed the bridge in relation to the incinerator and the old gasworks behind.

The last standing gasometer, which still makes its substantial mark on the sky-line behind the old bridge, will also disappear soon as part of the riverside ‘regeneration’.

The new bridge – to quote the written information on the exhibition boards –  will be ‘understated and forms part of an overall environment that is balanced and well-mannered, respecting the natural landscape setting of the river corridor as well as the new architecture of the Bath Western Riverside development. This is achieved through the clean simple lines of the new design, it’s spare detailing and structural features like the steel plate hangers, whose proportions echo the deep window openings of the new Bath Western Riverside vernacular, itself a contemporary interpretation of the much-loved Georgian style.’