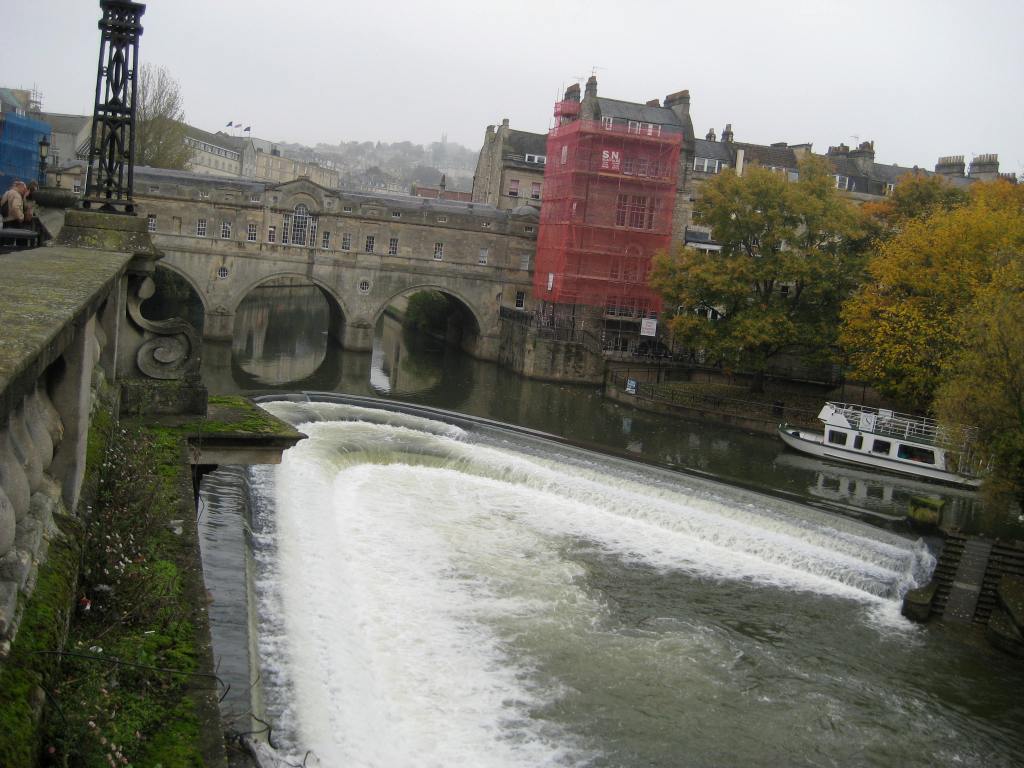 The waters of the River Avon in full winter flood at Pulteney Bridge.

Well it’s a novel way of making a point – about how we’ve ignored the River Avon’s potential – but sustainable energy experts on the newly-formed River Regeneration Trust  reckon the waters flowing over Pulteney Weir could be used to illuminate the Bath Christmas lights. Its a source of hydro-electric power which could do the festive job if local people like the idea, and planning permission can be granted in time.

The device is almost silent, and can be produced in appropriate colours for a World Heritage Site and conservation area such as Bath.

A working example at Freshford has proved so successful that it produces above projected levels of electricity and requires minimal running costs and maintenance.

One of the River Regeneration Trust experts, Philip Challinor, said:

‘The aim is to position the micro hydro electric power turbines and generators within the existing concrete and steel structure at Pulteney Weir in a way that minimises their visual impact’.

‘With a lot of work on the visual impact, and widespread community engagement, this clean energy-creating screw could power the Recreation Ground, the Christmas lights and still feed into the National Grid.’

‘I welcome the Trust floating this idea as a potentially good example of awareness of climate change and the need to harness natural sources of energy with minimal impact on the city’s heritage charm’.