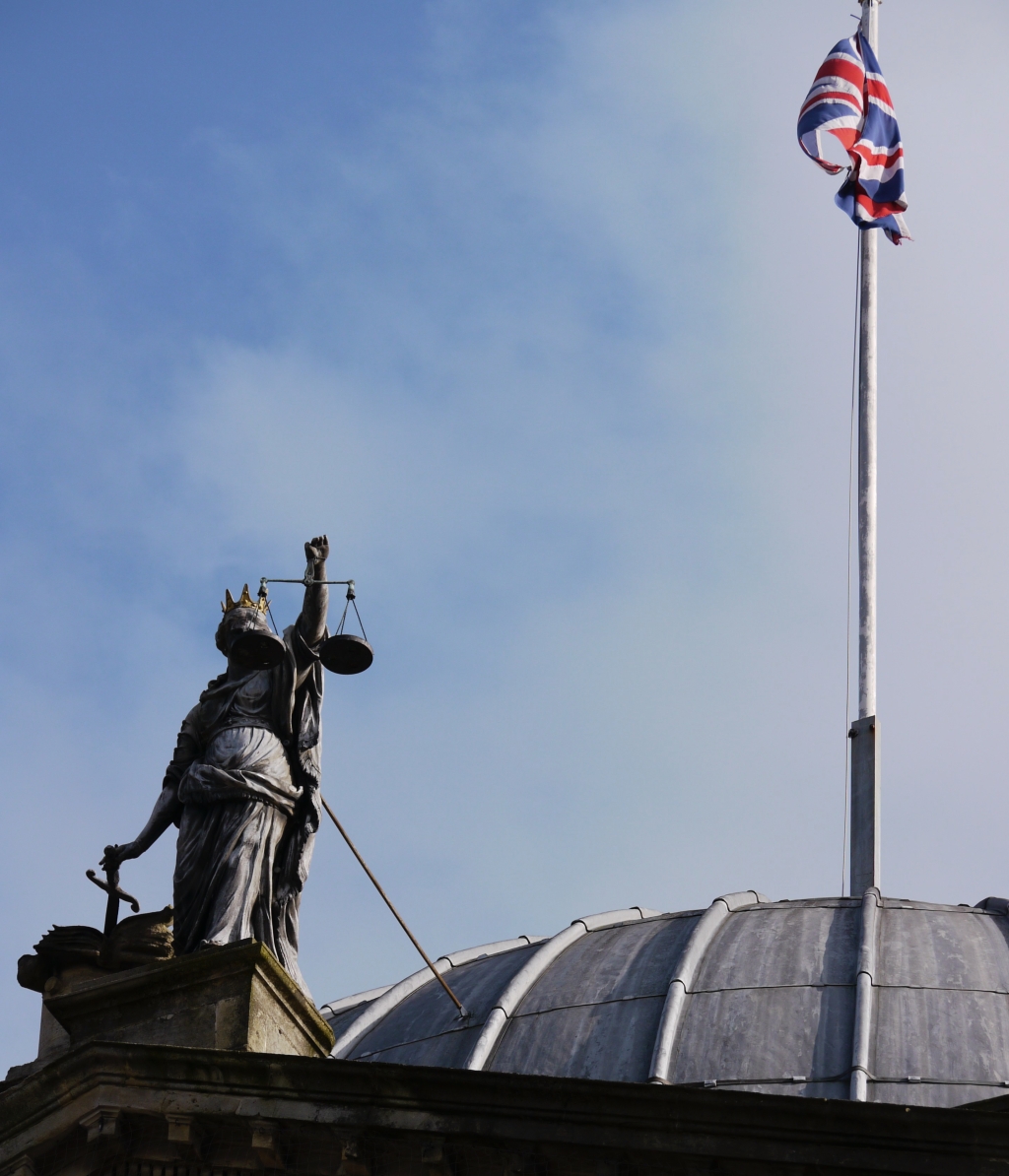 I can see it is going to be a bit of an uphill struggle getting those who are busy changing the fabric of our city to realise that l am serious about this web-site and the contribution l want it to make towards exploring and celebrating the history and heritage of Bath.

I have sent a couple of emails to the press offices of international companies who are currently making their mark here. One of them is involved in the Southgate development and the last section beside the River Avon which will finally link the new bus station with Bath Spa Railway station. The whole idea behind this new civic square is that it will create a large and impressive gateway to the city of Bath which links rail and bus stations to provide what they call a ‘integrated public transport interchange’.

Thanks to the Bath Chronicle l now know that the Bertinets – the husband and wife team who have already been successful in Bath with both bakery shop/cafe and cooking school – are going to open another outlet in one of the small vaults as part of the new food quarter. Hopefully towards the end of November. Other names confirmed for the aptly titled Brunel Square include Nando’s, Gourmet Burger Kitchen, Prezzo and The Graze Bar.

The complex is due to be finished by Christmas but my request for more detailed information has yet to be answered.

Today l took another picture of work underway and can see we are getting closer to completion. A board has gone up naming this explosion of fooderies as The Vaults and already the area in front – in which new bus shelters are being erected – has been named Brunel Square.

This development has followed on from the Bath Spa railway station revamp which involved creating new entrances with passenger lifts to the platforms.

It has also involved doing away with the ramp which led up to the platform on the up side to London. Not everybody thought that a good idea. It was an easier point of entry if you had a bicycle, were disabled or had lots of luggage to handle.

Of course we have Victorian engineer Isambard Kingdom Brunel to thank for the railway through Bath and indeed from London all the way down – eventually – to Penzance.The Bristol to Bath section of what was the privately owned Great Western Railway opened on the 31st of August 1840. A year later – with the Box tunnel completed – the line extended all the way to Paddington.

Bath of course sits on either side of the River Avon in a clay bowl surrounded by seven hills. The city has spread up many of them but the heart of this ancient place has always been subjected to serious flooding when the river has decided it can carry no more flood water. As Bath grew in size so did the amount of surface water running back into the river. The last serious flooding in the city came in the summer of 1968 but by then a multi million pound scheme was being put in place to stop swans ever being seen swimming up Southgate Street again. A new bridge, weir and sluice gates serving a dredged and deepened river has enabled the city to contain its flood waters but the vagaries of the temperamental Avon would have been well-known to Brunel when he surveyed the course of his railway. This may have been one of the reasons the whole graceful sweep of track – both in and out of the station – and involving two crossing of the River Avon, was raised above the flood plain by embankment or viaduct.

However, with gradients in mind, Brunel would have had to raise the line in time to cross the river at the right height clearance and also to deal with the many roads the line encountered. Closing roads with a railway would not be a good way of making friends.

From the Bristol end the growing industrial suburb of Twerton was the first part of the city to have to come to terms with this new iron roadway. It sliced through a network of streets with a lengthy viaduct carried on 28 arches of brick and masonry.

According to Prof R.Angus Buchanan in his article on Brunel in Bath carried in Volume 10 (2005) of Bath History, the railway company offered some compensation by building homes in to several of the arches. They were intended for some the people whose cottages were demolished to make way for the railway. They consisted of two rooms with a single window by the front door. However, even by the standards of the 1840’s their new owners did not put up with living in such grim surroundings for long!

After a low cutting at Oldfield another viaduct of 73 arches was built to bring the line up to its first crossing of the river at Bath – a timber-arched bridge built on an angle (skew) – linking to the new Bath Spa Station. This Jacobean styled and originally glazed-roof stopping-point was itself raised on a twenty arch viaduct before the line reached the second river crossing – St James’s Bridge. This was a single masonry arch taking the line to the south side and a run on in a graceful sweep over Pultney Road into the Bathwick tunnel and through Sydney Gardens.

There is a good view – from the retail-laden side of Churchill Bridge – of the skew bridge and its attendant castellated viaduct.

According to Adrian Swift in his book on Bath and Brunel The Ringing Grooves of Change the two road bridges incorporated into the viaduct – one of which is now disused – originally had Tudor styled arches. These disappeared when they were rebuilt in 1911 to carry heavier locomotives.

The smaller arches alongside like some of those at Twerton – did not stay empty. Here they have seen a variety of used – including a police station, a greengrocers, a school and even a mortuary. Adrian Swift does not know why Brunel chose such an elaborate design for this section of the viaduct though he admits it was very obvious from Southgate Street and would need to make a statement. You cannot see it so well now as the ‘busometer’ section of the new Bus Station blocks much of the view. Perhaps, wonders Adrian, Brunel saw it giving the appearance of a medieval city gate.

Professor Barry Cunliffe in his book The City of Bath says the viaduct is typical of Brunel and that its battlemented style , complete with turrets and heavily moulded late-Gothic doorways is strongly reminiscent of the frontage of a Cambridge college.

The station he describes as ‘Jacobeathan’ and – faced in Bath stone – blending if not in style but substance with its immediate surroundings.This is a building where the platforms are at first floor level. Originally there were separate staircases for first and second class passengers. Third class – when it came – meant following the coal carts up a ramp on the Manvers Street side of the station.

This means of access is no more. Rather controversially removed as part of the ‘re-vamp’ being given to the building. Its removal exposing the viaduct arches that are now being put to a new use in the new ‘food quarter’ which is being developed.

One arch – the nearest to the station – is already enjoying a new life as the home of Avon Valley Cyclery.

It’s a bike shop that moved to its new archway home from smaller arches on the other side of the station. According to Luke – one of the sales team l spoke to, the archway had been used to treat injured servicemen coming to Bath by rail for treatment. The archway had been kited out with fireplaces for its medical roll. They had even found an old and thankfully harmless hand grenade under the flooring. Must have been dropped from some injured chap’s kit bag!

You can look in vain now too for the other rail facilities that existed on this site. The wooden station roof went in 1897. Another feature that has vanished is the footbridge that linked the platform directly with the Royal Hotel across the road outside. You got off your train and crossed the road by this aerial path that disappeared into the first floor of the hotel.

Looking up you can still see where the footpath was. It was taken down in January 1936. The platform access now blocked off. The hotel has an old photograph near reception showing the pedestrian bridge in situ.

Brunel slightly twisted the frontage of his Bath station to face directly on to the new street that had been built to connect it with the city. A grand approach graced on either side with fine buildings in Georgian style – the Royal Hotel and the Manvers Arms. It was hoped even grander terraces would follow on along the new street but the challenge was not taken up during difficult economic times and we have ended up with rather more piece-meal development.

The station platforms at Bath were much shorter than they are today. There was room alongside for an engine shed and sidings with a wagon turntable and a goods shed where the new Brunel Plaza is being built. Coal would originally have been stored here in the viaduct arched cellars for locomotives and more fed the electricity works next door that opened in 1895.

The railways opened up the country to more people and was a means of moving goods and materials. Some local traders – its claimed – moaned that the new high-speed link was taking customers elsewhere and it is true a lot of people are commuting today. Though for work and not pleasure!

Keen to get other people’s views and memories on the changing situation around the Bath Spa station and Brunel’s grand viaduct across the city. Do make contact so l can include some of your comments.