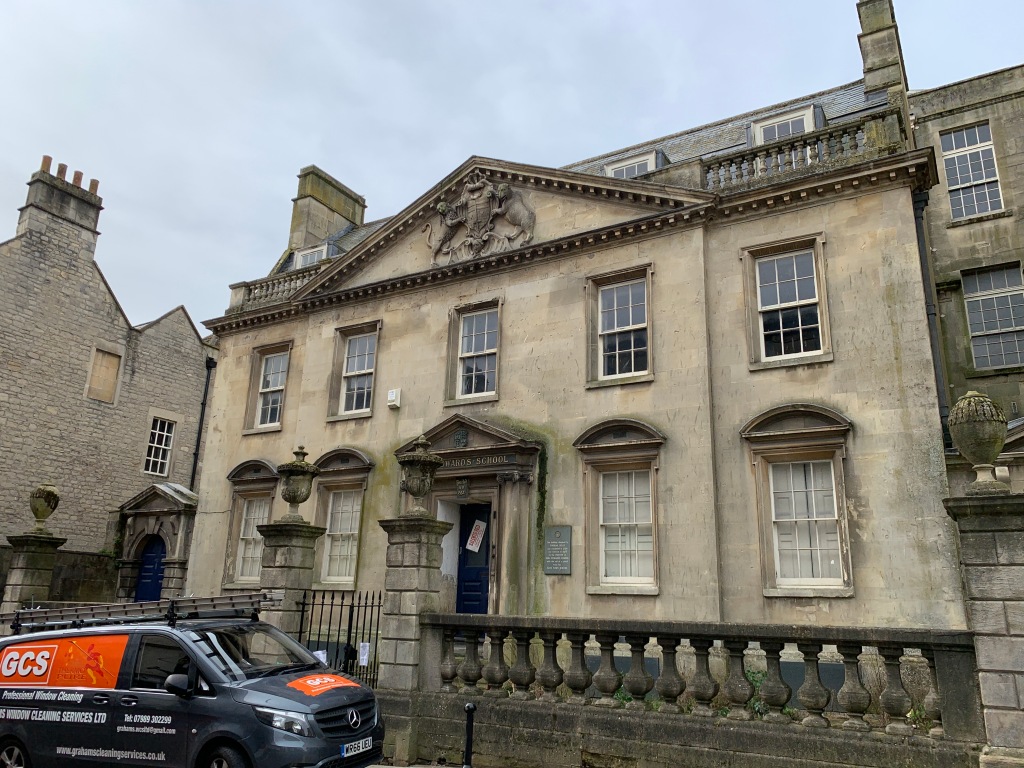 Here’s a planning application l nearly didn’t see and it involves an historic and listed Bath building that is in urgent need of attention.

It’s the old King Edward’s School in Broad Street.Originally built in 1752 – it’s now a Grade 2* listed building that has lain empty and increasingly derelict for many years.

The school moved in the 1980s and the building was sold to Samuel Smith’s Brewery with the intention of getting permission to change its use to a hotel on the first and second floors and a restaurant and bar on the ground and lower floors.

The brewery has been successful in achieving a number of planning and listed building approvals over the years but has yet to do anything. Now two applications have come through to renew the existing building consents – granted back in 2013 ( and initially granted in 2010) – and get approval for some minor amendments to those previous approvals.

You have until April 1st to comment on the plans and l will list the two web addresses for the applications below.

What l want to know is how much effort B&NES will put into getting a commitment from Samuel Smiths that they do intend to start work as soon as possible and – if it helps save this building from further dereliction – threaten them with a Compulsory Purchase Order too!