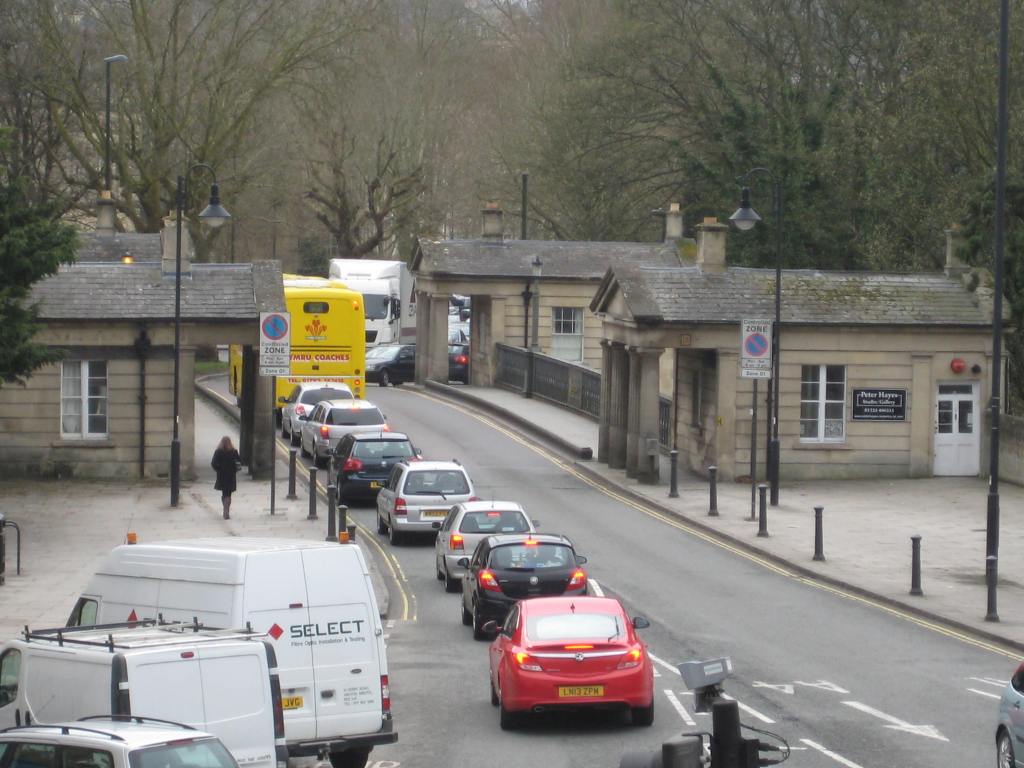 Cleveland Bridge - but no one is collecting tolls anymore!

Bath’s MP Wera Hobhouse is stepping up her fight to get a permanent weight limit enforced for traffic using the city’s historic Cleveland Bridge.

She’s written to Baroness Vere – Under Secretary of State for Transport – to request a meeting over the uncertain fate of the 194 year old crossing.

Following the debate, organised and led by Ms. Hobhouse in the House of Commons earlier this month, Bath’s MP is continuing to press for B&NES Council to be allowed the autonomy to put a permanent weight limit on Cleveland Bridge and avoid a “a piecemeal approach to repairs” which she has called a “false economy”.

The Parliamentary Petition launched by the MP, and asking for Government to allow the weight limit on the Bridge to be made permanent, has reached over 1100 signatures from Bath locals and concerned residents. Ms. Hobhouse plans to lay the petition before Parliament next week.

“During my debate on Cleveland Bridge the Minister urged me to contact Baroness Vere – who is the Minister responsible for making these decisions – and this is what I am now doing.

It is clear that Bath locals care deeply about both the fate of Cleveland Bridge and the chance to get the heaviest vehicles out of Bath all together.”

“The people of Bath have made their preferences clear. It is now up to Government to allow B&NES Council to make its own decisions about a permanent weight limit on the bridge. Assuming Baroness Vere is happy to meet with me, this is what I will be pushing for.”

Here’s what she said in her letter to Baroness Vere:

I am writing to thank you for your response of 22nd October to my letter about Cleveland Bridge in my constituency, and to request a meeting with you to discuss the matter further.

I welcomed your comment that the strategic study reviewing north-south connections between the M4 and Dorset coast ‘will include a review of the case for adopting the A350 corridor as the main strategic route for the area in place of the A36/A46, and will consider the case for trunking or detrunking of key routes’.

As you may be aware, I recently secured an adjournment debate on this subject, where I outlined my concerns to your colleague in the Commons, the Parliamentary Under Secretary of State. I was grateful to her for her commitment to securing an alternative route for heavy freight traffic.

However, as I mentioned in the Chamber, the study alone will take until approximately 2023 to complete. While the bridge will be closed for much of next year for repairs, an alternative solution could take years. By the time this happens, we may – once again – need to make urgent and serious repairs to Cleveland Bridge.

It is estimated that the return of heavy vehicles will mean that the current repairs may last for only 15 years. A piecemeal approach to repairs can only be considered a false economy and will hasten the collapse of the bridge’s deck, destroying this listed asset forever.

The only viable option for protecting the bridge in the long-term is setting a permanent weight limit which the bridge is able to sustain. It is absolutely essential that Bath and North East Somerset Council is allowed to retain that limit.

I know that many people in my constituency care deeply about protecting this historic structure and, indeed our city’s unique character as a UNESCO World Heritage Site. I would be most grateful if you would agree to meet with me to discuss the matter further.

Thank you again for your attention. I look forward to hearing from you in due course.