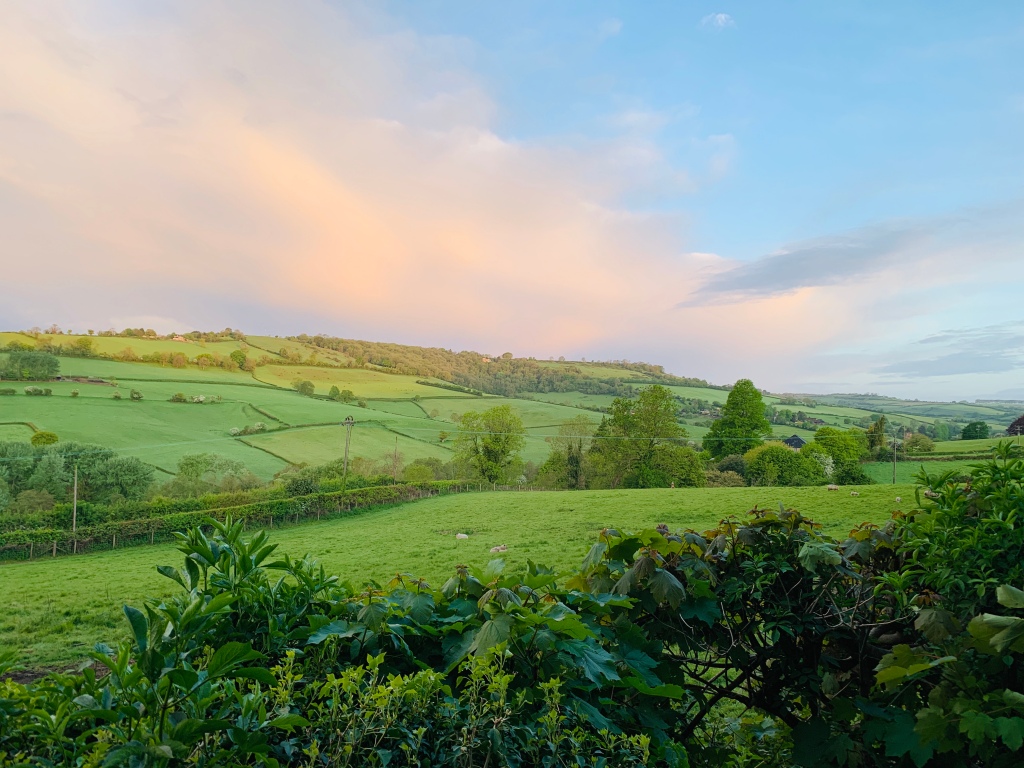 My photograph of the strange rectangular shape on the Woolley Lane side of the Woolley Valley seemed popular yesterday with more than 250 of you taking a look and nearly one hundred more so far this morning!

Bill Bennett is one Bath Newseum regular who has been in touch.

“Your photo is certainly intriguing. I’ve walked through the Woolley Valley several times and love the peacefulness and beauty of the place. I Googled “Woolley valley earthworks” and came up with this link.

It’s a PDF of an article written some years ago which describes gunpowder manufacturing in the Woolley Valley. I don’t know where your photo was taken exactly but given the scale of the industry during the 18th C in the valley, it’s likely that the stockade/ramparts/enclosure has something to do with it.

The article is a long read, but it’s also a fascinating insight into the process and also the links with Bristol’s Merchant Venturers and the slave trade. Who’d have thought that such a beautiful peaceful location would have such a history! “

Bill the article was a fascinating read but the gunpowder factory was further along – just down from All Saints Church at Woolley and beside the Lam Brook which powered the Mill.

I had not realised that gunpowder – manufactured just a couple of miles from where l live – was sent to West Africa as part of the barter for slaves to be shipped to the Indies.

“Within the Woolley Valley are several enclosures that date back to Celtic and Roman times. I would suggest it could be that.
The Somerset heritage site https://www.somersetheritage.org.uk/#
If it has been recorded will give you more idea and detail.  I would be very surprised if it has not been.
The other site is lidarfinder.com that can show any disturbances in the ground.  Not all UK covered but will confirm your photo.
The history of the Woolley Valley is fascinating and – as an active metal detectorist – it is amazing what is found in the ground.”
The field is in between Innox Lane and Woolley Lane and on the slope on the Woolley Lane side of the valley.
However, it all could be down to two farms merging at some point.
Richard Lucking who – as a cyclist – is no stranger to the highways and byways of the Bath area, tells me:
“I quite often check it when I’ve been hiking/cycling somewhere and gone past a ruin, or something called “the old X”…..”
Well, he did some checking for me at the National Library of Scotland which just happens to store an 1884 map of this part of Somerset covering Charlcombe, St Catherine and Swainswick.
I have put a black circular line around what was an irregular land boundary which – when the land was merged – could have left a physical impression.
Richard says:
“I’m guessing the dotted line is some administrative boundary, which follows an old field boundary (and there’s a spring marked too) ………
So I’m guessing that was originally a boundary ditch which was lost when two farms merged?”
Sounds plausible to me and Kirsten Elliott – local historian and publisher – seems to confirm it.

“Hi Richard: I think it might be the remains of a field boundary or possibly a parish boundary which was removed between 1840 (when it’s there) and 1880s.

I’m not certain because the satellite picture suggests there seems to be a shadow of something in an adjacent field. But the boundaries shown on the tithe map are quite a good fit.”

Nice to hear too from Stephen Bird who is Head of Heritage Services for B&NES.

“Hi Richard – an interesting earthwork which I’ve not seen before, although different light conditions throw up different features at different times all over the place!

From memory, I don’t think there is anything on the official Historic Environment Record but there may be on the less formal but more detailed sites & monuments record in the museum office at the Roman Baths.

If I discern the location correctly it is downslope east of Woolley Lane and south of Woolley. You can see the line of Colliers Lane ascending the skyline towards Lansdown in the background.

I’ve checked out the location on Earth View Maps and the rectangular earthwork is faintly visible with the track leading up to it from the valley bottom.

You can also see the lines of other tracks nearby and the one leading to the enclosure appears to branch off another track roughly aligned ESE-WNW.

It is impossible to date this kind of feature purely from photographs and there is nothing stylistically distinct about it that dates it to one specific period.”

Stephen was able to check out a couple of maps and one showed an odd T-shaped parcel of land at the point of a land boundary.

Part of that T shape would account for the rectangular shape that now remans – once the boundary had been erased.

Thanks to everyone for their contributions and how interesting it has been to delve back into this little corner of the city’s history.