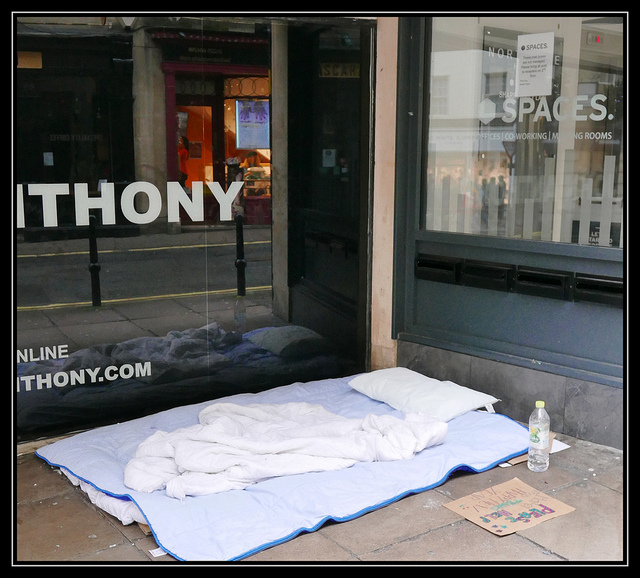 The plight of the homeless and the impact on our city has concerned Bath Newseum regular David Kernek in a letter he has sent to B&NES Leader Cllr Tim Warren – and copied to this website.

I print it in full without comment. The images were taken by David Kernek.

I am sending these photographs, taken in the centre of Bath on December 30, to you with the hope that you would be interested and concerned.

Someone had been living – if it can be called living – in the doorway of 19 New Bond Street for at least a fortnight.

A tourist, passing as I took the New Bond Street picture, told me it was “disgusting”.

Apart from the human misery such pictures evoke, it is clearly not a good look for a World Heritage Spa town or, as the Visit Bath describes it more than somewhat optimistically, “a unique, feel-good city.”