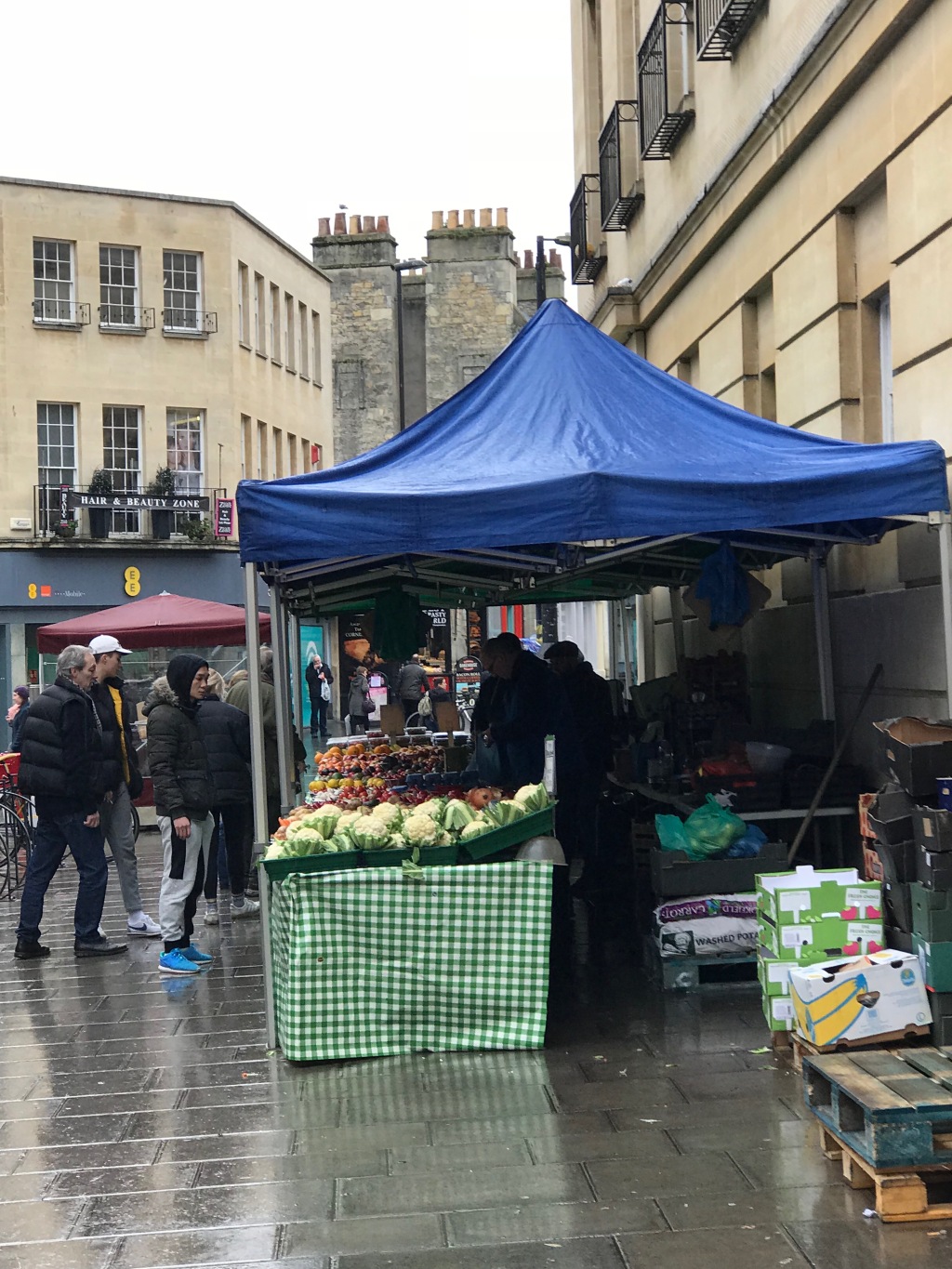 The open-air fruit​ and veg stall by M&S.

One of only two independent greengrocers still in business in Bath is threatened by plans to install a bank in part of the Mark and Spencer store facing New Orchard Street.

It’s a popular stall where you can buy your fruit and veg in the traditional way – as this is a covered stall and the produce is on open-air display. It’s a riot of colour on a dull day. Add to that the stall holders ‘shouting their wares’ and you’ve got a slice of living history – as well as fresh fruit and veg.

Looks like they may have to split their business in two. One part moving further along this side street – and unfortunately not just around the corner from where the crowds are anymore – and the other maybe being allowed to head up Union Street to outside the Min’s side wall – where the florist used to be.

Make proper room for them B&NES – it’s a bit of street colour we don’t want to lose.

On the subject of fruit and veg. With a sudden awareness of plastic – and the environmental damage it is doing worldwide. Can l just have a go at supermarkets? 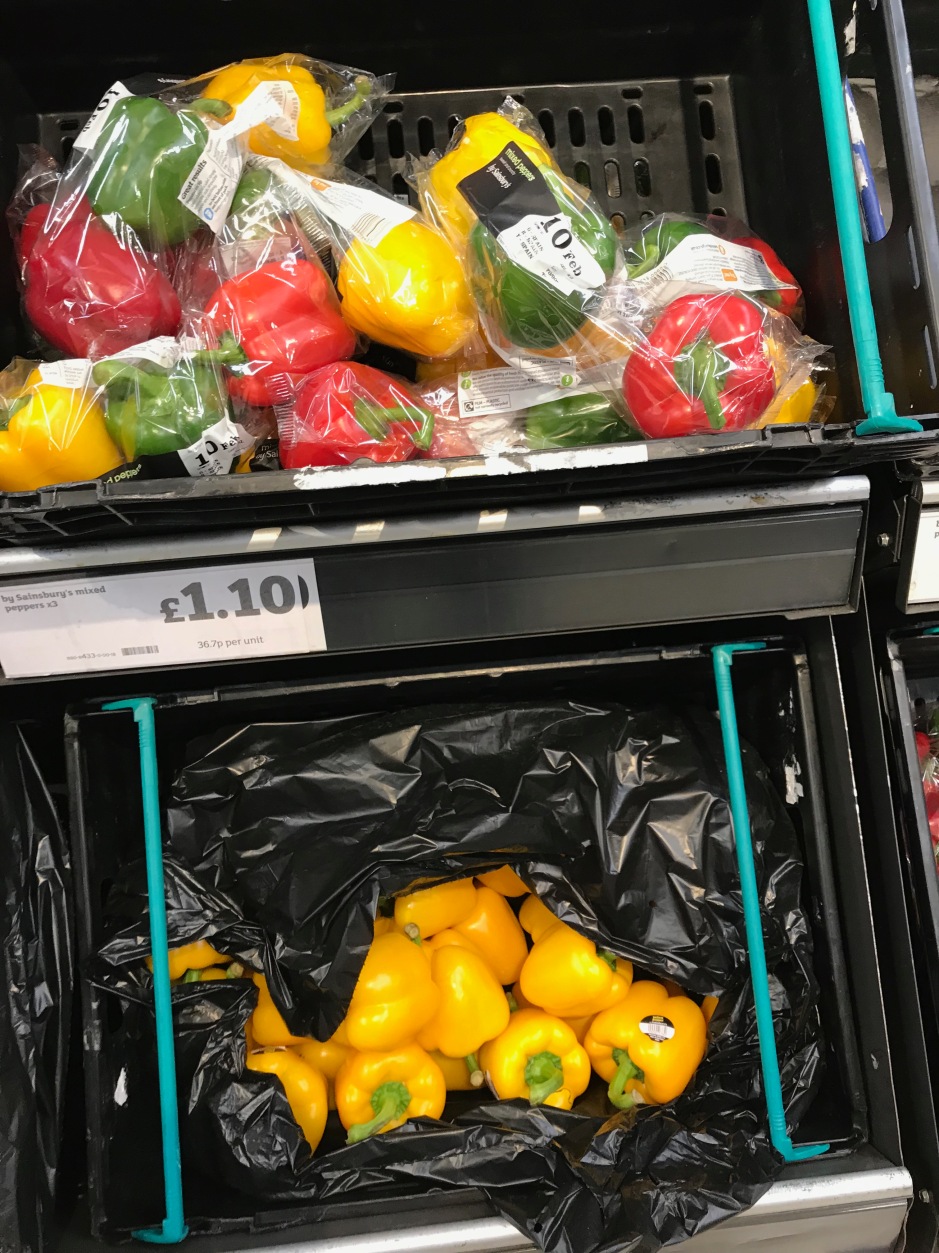 Here l am. Heading for the loose peppers and looking for a bag to put them in. The only container is PLASTIC. So – if you avoid plastic-wrapped peppers – you still have to put the loose ones in more of the stuff. 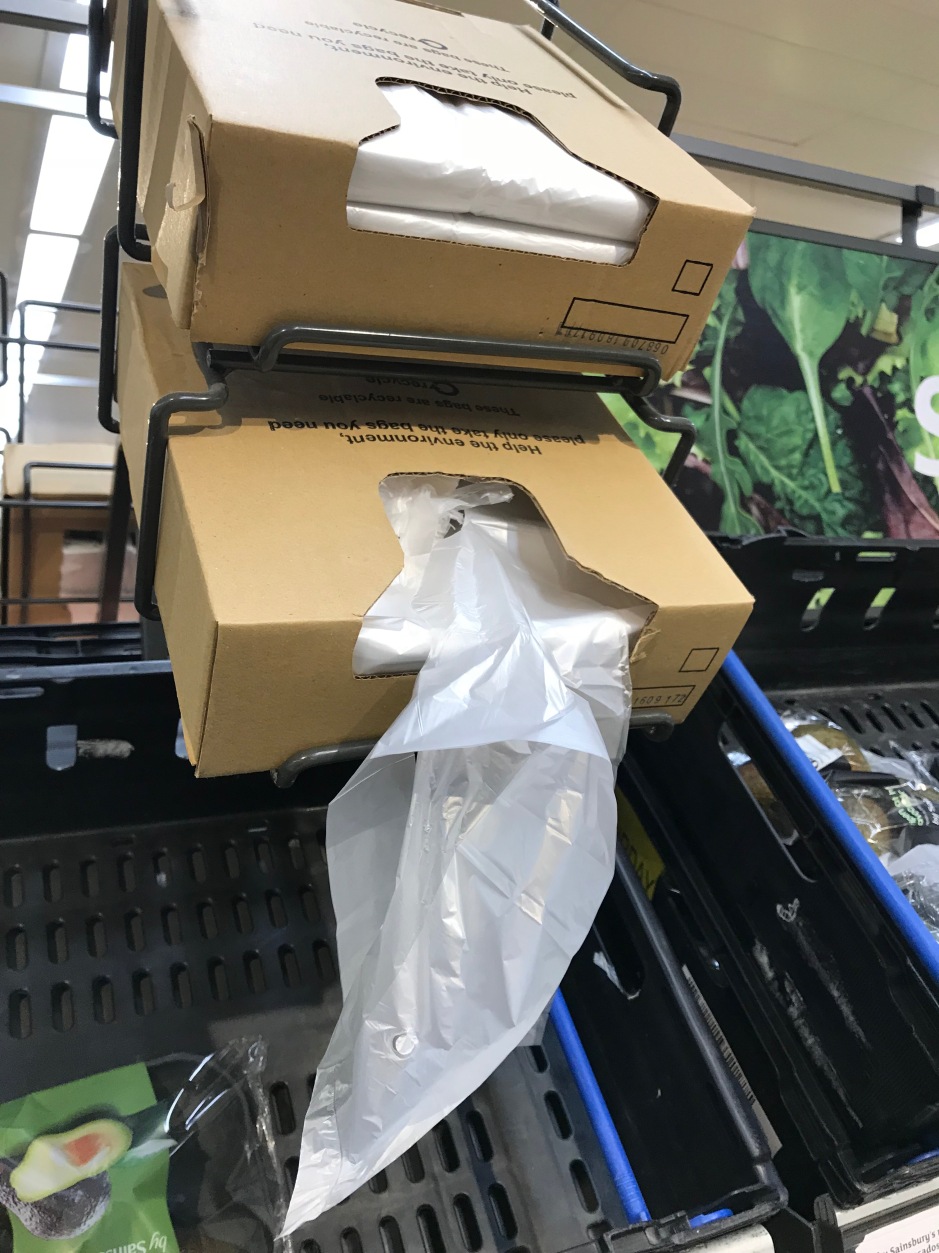