Don’t our councillors and elected MP ever walk around the streets of Bath? Are they oblivious to the daily sight of torn black bin liners – bulging with refuse and spilling their contents all over pavement and road? 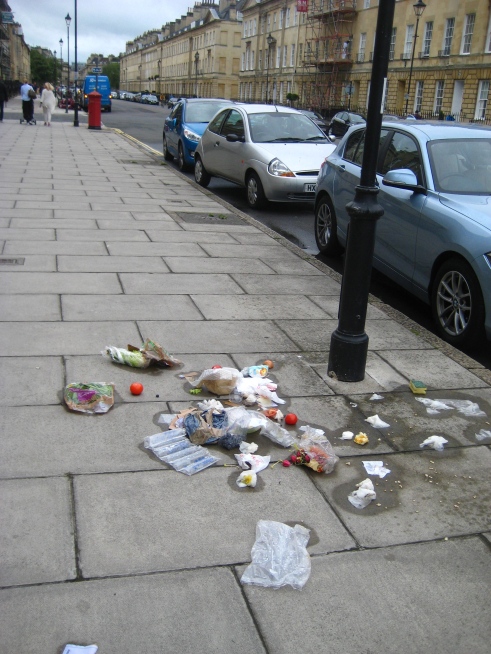 It’s not an isolated thing either. Whether it’s Great Pulteney Street,  London Road or the main street through Larkhall you can stop and take daily pictures of one ugly mess after another.

Why is it – when you feature this problem – elected officials take it as an attack against the refuse service and the morale of the men  who have to collect ratepayer’s rubbish in all winds and weathers?

What Bath Newseum is calling for is a city-wide conference to debate a more effective way of introducing a more controlled and protected collection system. Surely making the job easier and cleaner would be a morale booster?

A conference where the public could be invited and asked to comment on issues they have with bagging and sorting rubbish and the Council could consider ways in which street refuse could be better protected – or even deposited – for collection. 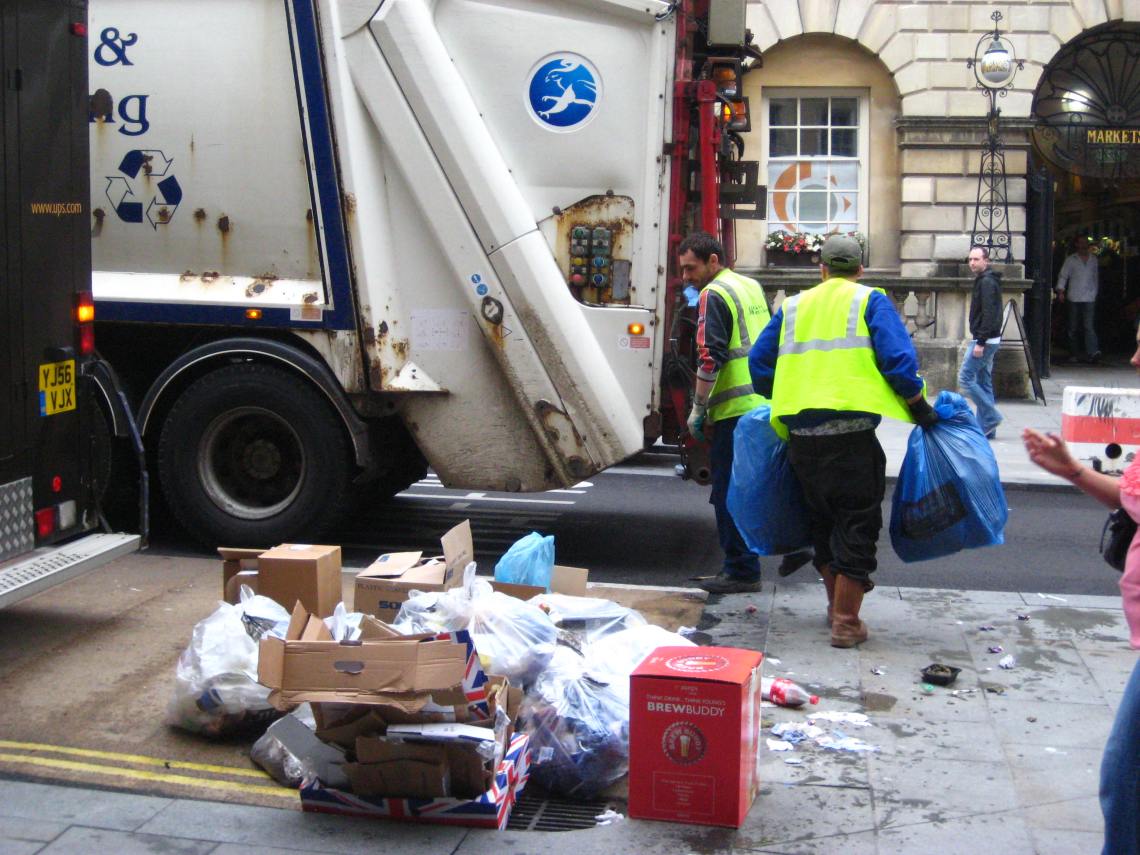 Reacting to a Bath Newseum image of a pavement ‘splattering’ our local MP suggested l contact Council Connect and tell them where the broken bag is.

Ben, they are going to get an awful lot of telephone calls if we ALL started doing that for each individual sighting.

It would also mean joining our feathered ‘friends’ the gulls and just peck at the problem. It needs an overall strategy in place. A fresh look at a continual and growing city-wide issue and one that impacts on our World Heritage status and our reputation as a historic venue visited by more than four million people a year.

Maybe someone would sit up and listen if Bath citizens did contact @ccbathnes every time  they spotted a ‘splattering’ – something even more offensive than a flying gull relieving itself overhead. As far as street mess is concerned the gulls do it naturally – we should not!

Of course, bags should not be put out days before they are due for collection. It’s the old ‘flush pull’ attitude of once you’ve depressed the handle your waste is someone else’s problem.

I would argue that mindset finds rubbish bags tossed outside regardless of when the bin men are coming. It also goes of course for takeaway litter – coffee cups and burger boxes – thrown out of car windows along streets and into roadside verges.

Can we talk about this and involve everyone. It’s our city and we all have a duty to it. Talking up community, pride and responsibility might not be such a bad thing.