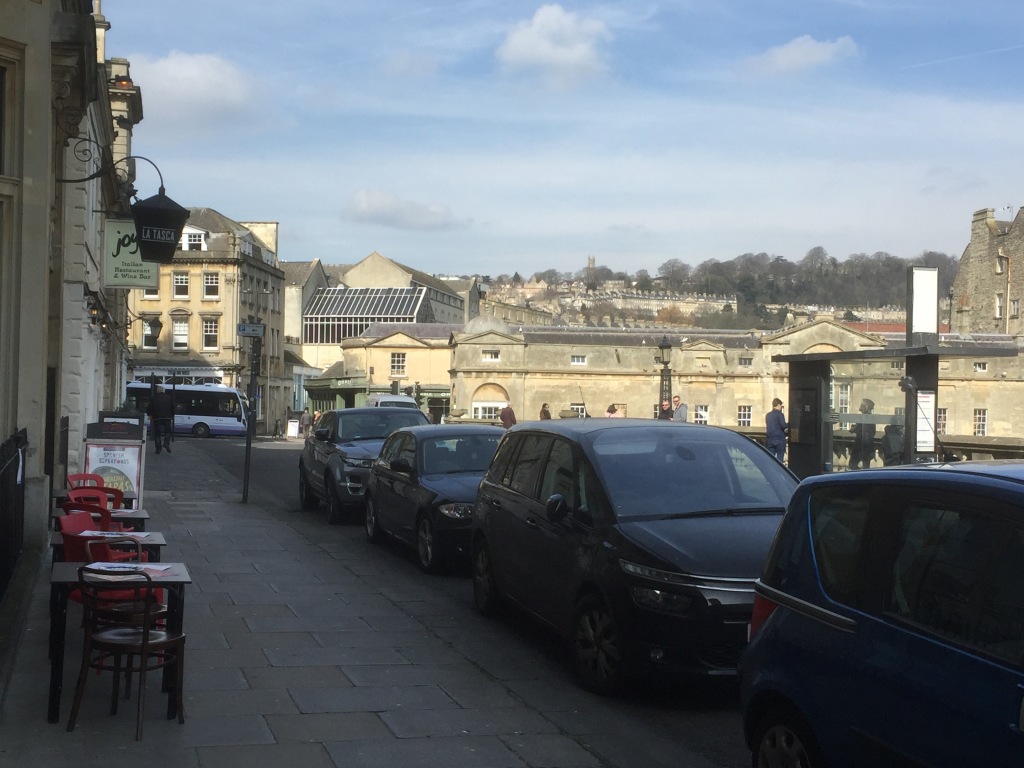 Well it's a nice view of parked vehicles?

I thought A boards were Bath’s main pavement peril until l realised that the biggest blockage to pedestrian space seems to be outside catering. 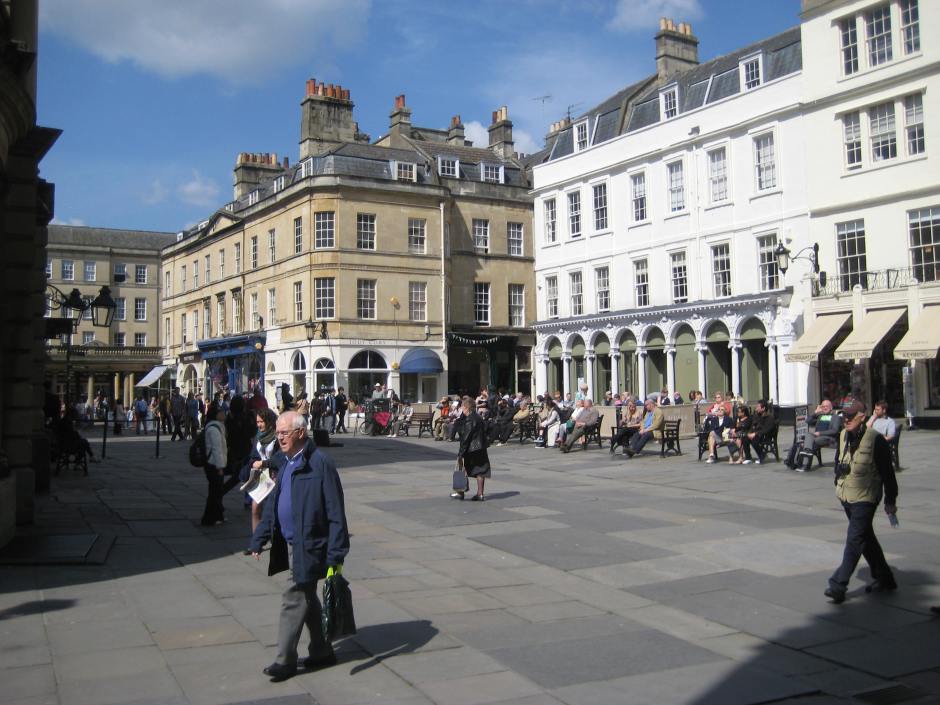 B&NES set a fine example by putting up tables and chairs outside their catering facilities in Abbey Churchyard and have been busy giving planning permission for a lot of other eateries around the city to do similar.

This little pavement gathering opposite Pulteney Bridge and Weir appeared alongside a public notice informing passersby that the restaurant had applied for planning permission.

I thought the idea was you had to wait until permission was granted?

Not sure l would like to sit in the shade alongside parked cars watching the tourist buses, buses and lorries passing by. It also doesn’t look very attractive across the road from one of the city’s most iconic tourist ‘photo opportunities’.

Also l have to say the self-policing the buskers have been allowed to do over the level of amplification in Abbey Churchyard was making no difference to one lunchtime performer who was playing up to the students who had stopped to watch him.

Come on B&NES. You have the powers. Use them!